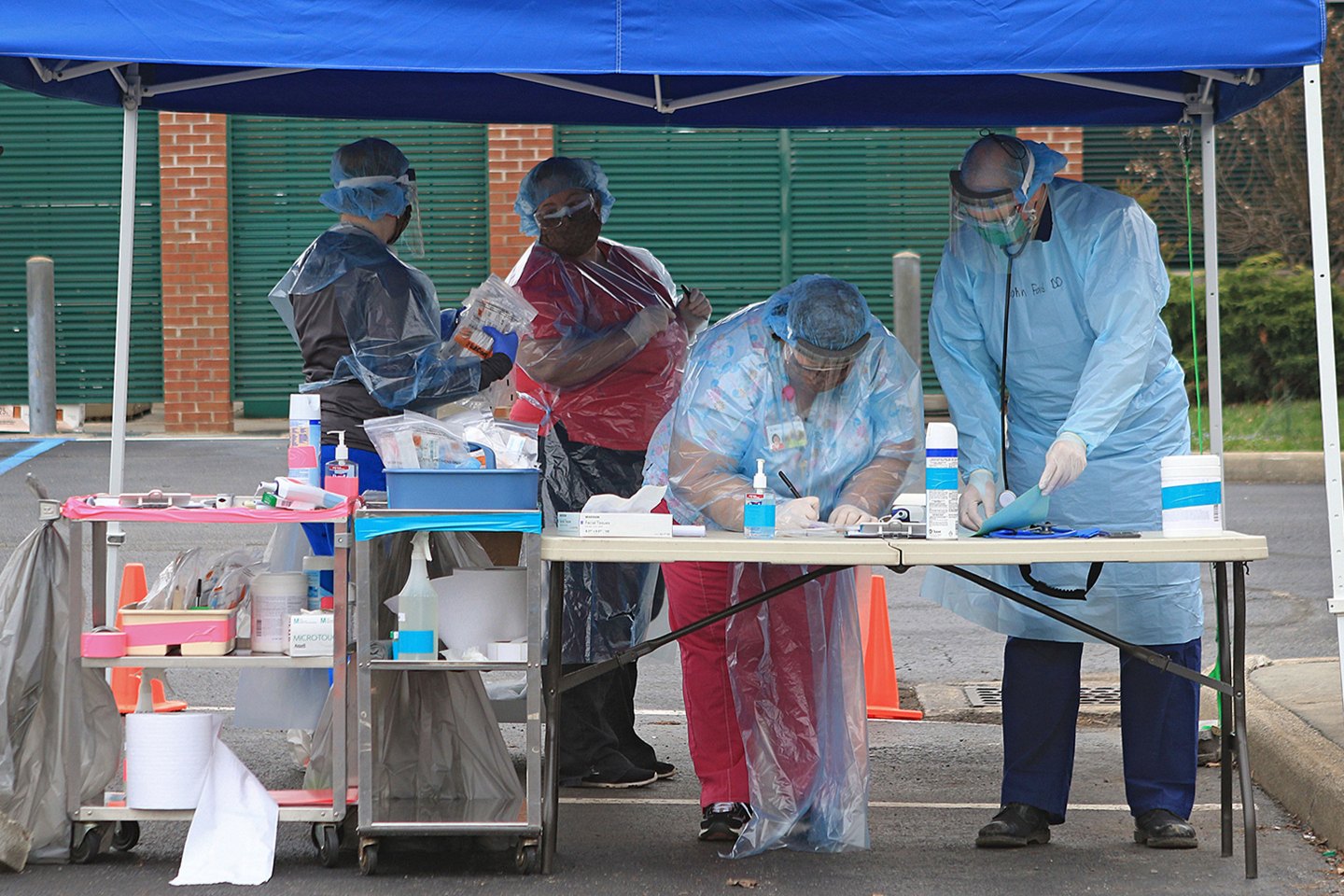 For West Virginia to improve life expectancy, it should take a page from its playbook for handling COVID-19, writes Clay Marsh.
Jenny Harnish—The Register-Herald/AP

It’s mourning in West Virginia: After being praised for months for leading the nation’s COVID-19 vaccine distribution efforts, the Mountain State was struck by a new report ranking it last nationally in life expectancy. We Appalachians, according to the survey, issued by the Centers for Disease Control and Prevention, live for 74.4 years on average, which puts us light years away from our friends in Hawaii, who can expect 81 trips around the sun, and pretty far from the national average of 77.8 years. In fact, if West Virginia were its own nation, it would rank right between Paraguay and the Bahamas and below 100 other countries, including some, like Syria, plagued by years of violent conflict.

Just what is it that’s killing us? The answer is as grim as it is profound: It’s not only poverty or the lack of economic opportunity—it’s despair. According to Casey Mulligan, professor of economics at the University of Chicago, 2020 has brought about a nationwide uptick of as much as 60% in deaths caused by alcoholism, suicide, drug overdose, or other afflictions exacerbated by social isolation.

The pandemic is only partially to blame: As the husband and wife team of Angus Deaton and Anne Case, the former a Nobel laureate, have discovered, deaths of despair are steadily on the rise, suggesting that, for all our affluence, something is profoundly broken about our social structure. Put simply, when people lose all hope, they lose the very will to live, and engage in activities—like smoking or eating excessively—that cut their lives short.

But this week’s news also carries with it an important lesson. It teaches us that the path to well-being doesn’t necessarily involve more costly and complex medical attention. For some, our approach to health care may be part of the problem, instead of the solution: We’ve erected a convoluted national health industry that relies on individuals being sick and that makes money by affirming illness.

Along with societal and social media pressure of perfection and competition, we have created a society of dis-ease. We’ve forgotten that health and well-being isn’t some disparate metric to be measured and monetized by corporations growing ever wealthier, but just one thread in the fabric of life. Health is wholeness: Tear it apart from community, from education, from a sense of purpose and mission, and you’ll see sickness spreading and people dying.

To stop West Virginians from dying well before their time, then, we need to extend our learnings from our COVID-19 response. When the pandemic struck, we got together, formed public and private partnerships, and relied on the spirit of volunteerism. It’s now time we did the same to address our tragically low life expectancy.

We should remind ourselves again and again of the simple mantras that inspired us and enabled us to meet the pandemic’s threat so efficiently: Don’t just wait for something to happen. You are not helpless, and you are not alone. You are a friend, a neighbor, a citizen of a neighborhood or a town or a state that is waiting for you to join in for the healing to begin.

Anyone seeking concrete proof that we can meet this formidable public health challenge need look no further than 2020, when, knowing that so many of our friends and neighbors would be forced to file unemployment claims, a host of local organizations—from our university to the West Virginia National Guard—volunteered to help with the task of answering phones and filling out forms, helping to make sure that more than 26,000 requests were processed quickly and efficiently. Similarly, our Energy Express program stepped in to help more than 2,400 children maintain reading levels while their schooling was interrupted, as well as providing them with two nutritious meals a day.

These programs didn’t just provide books or a meal or an expedited paycheck; they provided hope. And while the threat of COVID-19 is far from over, it is high time for us in Appalachia to start addressing that even deadlier plague, that of despair.

Clay Marsh is the vice president and executive dean for health sciences at West Virginia University and the state of West Virginia’s COVID-19 czar.