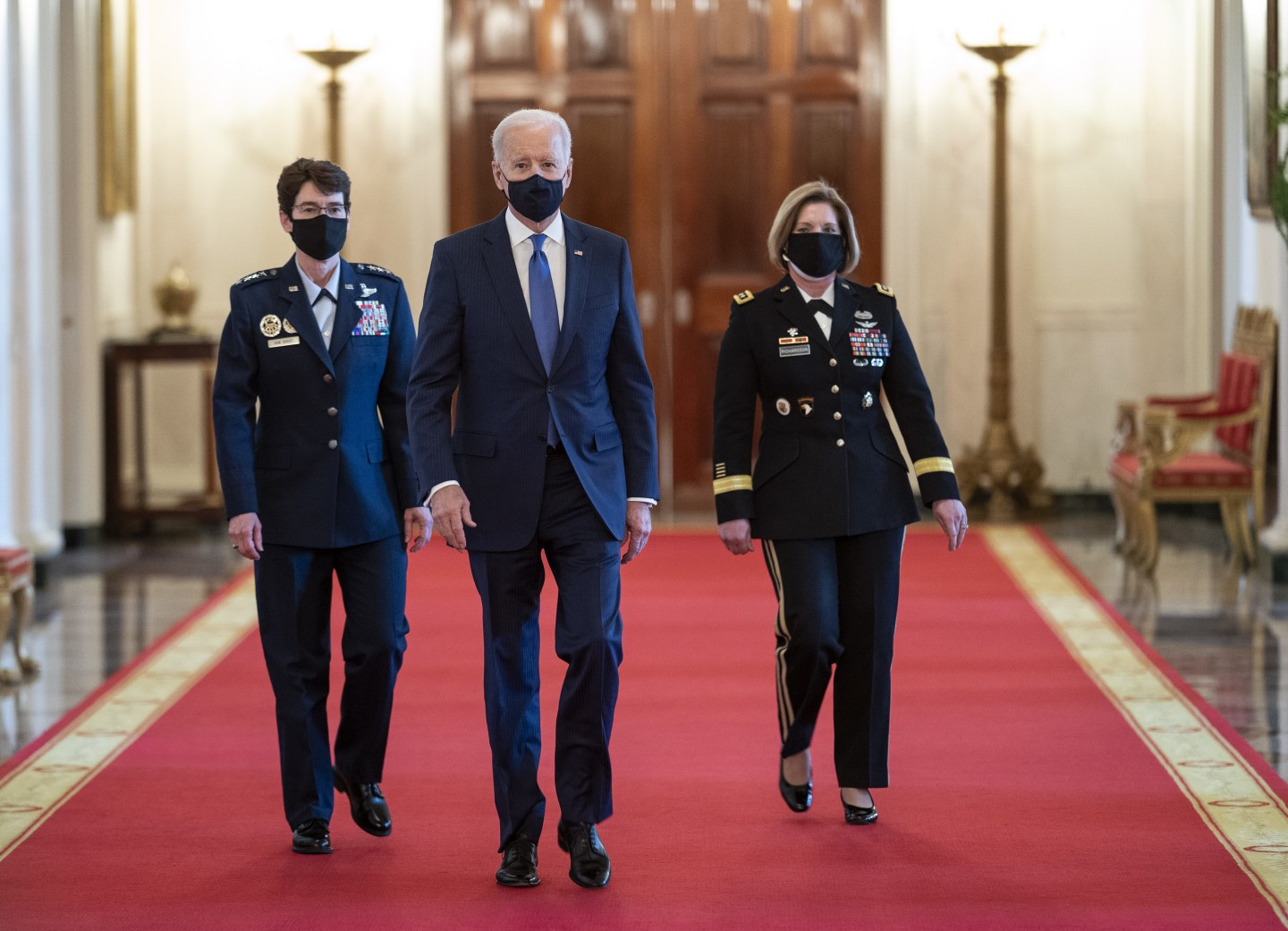 Good morning, Broadsheet readers! Women seem to have a stronger reaction to the COVID vaccine than men, China lags on board diversity, and the White House Gender Policy Council takes shape. Have a great Tuesday.

In addition to nominating two female generals for promotion to four-star commands and ordering the Department of Education to reassess Trump-era Title IX policies, including one that created additional protections for college students accused of sexual assault (more on that below), the President signed an executive order establishing a White House Gender Policy Council.

I admit—it’s a little hard to get worked up about something as bureaucratic-sounding as a government council. But there are signs that this initiative could have some teeth. The New York Times ticks through the reasons to be optimistic about the future of the group: the council has high-level representation from major government offices, a full-time staff, two powerful leaders (Julissa Reynoso, chief of staff to Jill Biden, and Jennifer Klein, a former senior adviser to Hillary Clinton when she was first lady), and a mandate from the President—submit a governmentwide strategy for advancing gender equity directly to the Oval Office.

Speaking to the NYT, Klein made it clear that the Council doesn’t plan to wall off “women’s issues” and other gender concerns from the administration’s broader policy platform. Instead, it will look to apply a gender lens to policy affecting everything from the economy to justice to climate change.

And in an op-ed for Fortune, she and Reynoso drill down on the COVID-induced caregiving nightmare and its vast and brutal impact on women—especially Black and Latina women. It’s a useful read for those looking for more insight into the Council’s priorities and how it will likely approach the crisis women are facing right now.

Time will tell how powerful the Council will be. But it’s exciting to see the breadth of its mandate and the urgency of its call to action.

- Rule reversal. President Biden is taking steps to reverse some of the changes President Trump made to how college campuses investigate sexual violence. Biden has long said he would undo rules the Trump Education Department put into place that offered greater protections to students accused of sexual assault or harassment. New York Times

- Who gets side effects? A new study based on Centers for Disease Control data finds that women are having stronger reactions to COVID-19 vaccines than men are. Women received 61% of the first 13.7 million doses, but reported 79% of the side effects. This discrepancy is consistent with reactions to other kinds of vaccines, both because of the female immune response and, perhaps, women's greater likelihood to report symptoms, experts say. New York Times

- Art for all. Artist Amy Sherald didn't want to leave the sale of her portrait of Breonna Taylor to a collector or museum. Instead, Sherald got personally involved—making sure Taylor's portrait would be able to be seen by many, especially in her hometown of Louisville, Kentucky. Now the artwork will be jointly owned by the Smithsonian’s National Museum of African American History and Culture and Louisville's Speed Museum. New York Times

- Topping the charts? Women made up just 20.2% of the 173 artists who appeared on U.S. Billboard charts in 2020, according to a new report by the USC Annenberg Inclusion Initiative. Women in popular music last year were outnumbered 3.9 to 1 by male artists. The only woman of color credited with producing a song that made the Hot 100 year-end chart was Mariah Carey, with "All I Want for Christmas Is You." Guardian

- Back on track. Treasury Secretary Janet Yellen expects the labor market to be "back on track" by at least early 2022, she said in a Monday discussion with International Monetary Fund Managing Director Kristalina Georgieva. Yellen admits that such an achievement will require an "all-out effort on vaccination and reopening schools." Fortune

- Board business. China has some of the worst numbers for board gender diversity; not only do big state-run businesses have all-male boards, so do new, entrepreneurial companies. Carmaker BYD, ANTA Sports Products, retailer JD.com, and search engine operator Baidu all lack any women on their boards of directors. Bloomberg

Is the lot of female executives improving? Economist

-New Zealand Prime Minister Jacinda Ardern's 2-year-old daughter's answer, when Ardern asked what she thought her mom did at work