Sexism in economics has implications far beyond academia 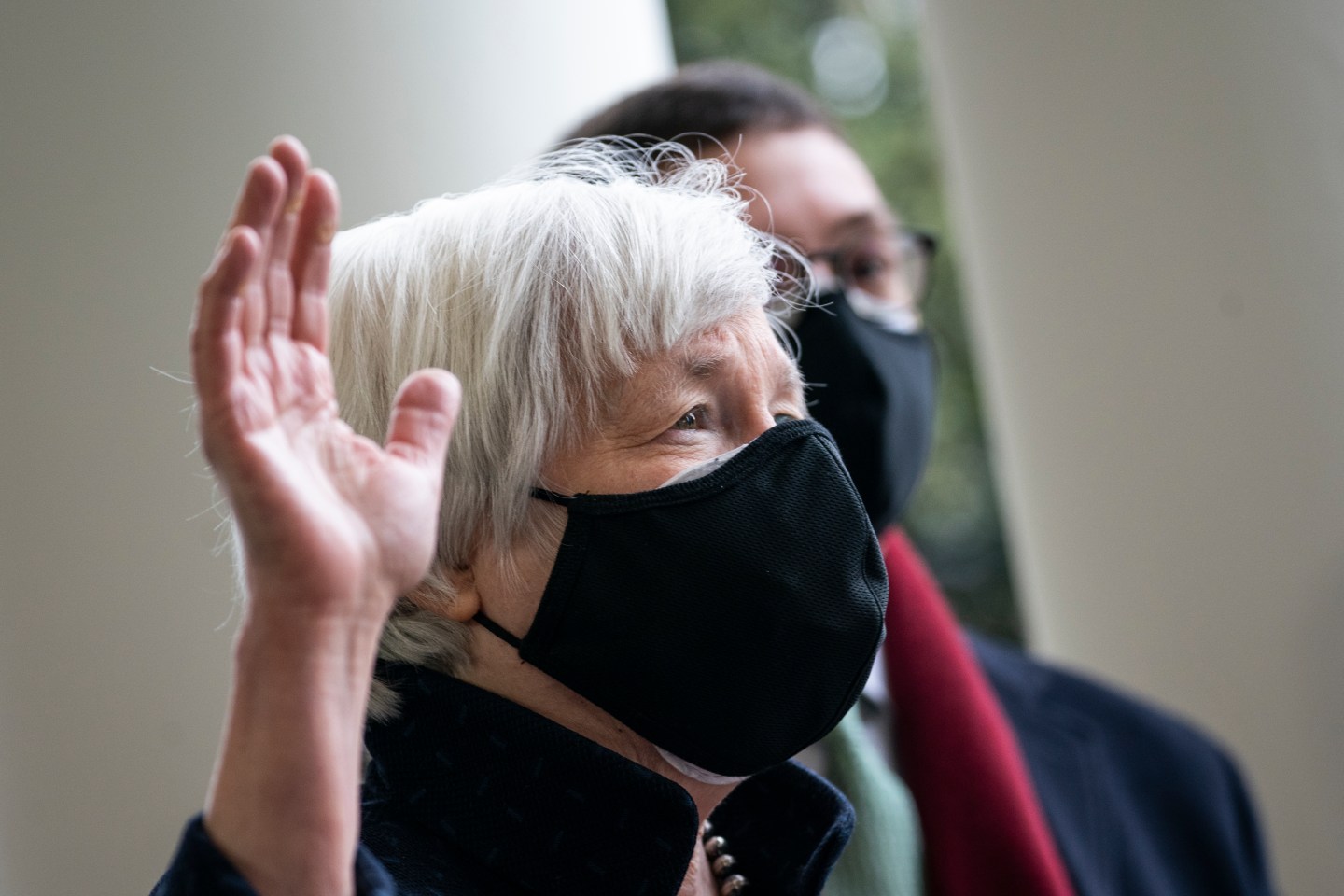 Good morning, Broadsheet readers! Women have 76% of the rights men do worldwide, Senate Parliamentarian Elizabeth MacDonough steps into the stimulus spotlight, and economics is still a long way from inclusivity. Have a thoughtful Thursday.

– An economics crisis. In some senses, this feels like a bright moment for the field of economics. The U.S. now has its first female Treasury Secretary in Janet Yellen. And in the coming days, Adewale Adeyemo, an immigrant from Nigeria, ex-BlackRock exec, and former senior international economic adviser in the Obama administration, is likely to be confirmed as the department’s first Black deputy secretary.

But while Yellen and Adeyemo certainly represent a shift in who is crafting U.S. economic policy, it seems that the academic world that’s incubating the future of the field remains a hostile place for women and people of color.

This New York Times story dives into a new study that looks at gender bias in the field by analyzing the type and frequency of questions asked during presentations at economics conferences and seminars. Some context: presenters at these events are typically peppered with questions, but the researchers wondered whether women were being interrupted more aggressively. And indeed, they found that women received 12% more questions, and those queries were more likely to be hostile or patronizing than those directed at men. Even worse—the researchers were not able to analyze whether there was a similar phenomenon among Black or Hispanic presenters because there was not a large enough sample size to study.

The new study comes on top of reams of prior data suggesting that the problems in field run deep. (Just one example: in a 2019 survey, nearly one in three women said they believed they’d been discriminated against.)

While the NYT cites plenty of economists who are anxious to fix those problems, there are also those who want to protect the field’s aggressive, combative reputation. Their objections have a familiar feel. Economics is far from the only area where incumbents are resistant to change and unwilling to consider that, yes, a new approach might require some sacrifices—but that what is lost may be far outweighed by what there is to gain.

To those of us outside the rarified world of economic theory, this might seem like a niche issue. Yet it’s anything but. Until we have more diverse voices forming these theories and crafting the policies that usher them into the real world, there’s no way to create an economic future that serves everyone.

- Equal rights? Can you put a number on how much women are left behind around the globe? According to the World Bank, women have 76% of the rights that men do around the world. Bloomberg

- Parliamentary procedure. As Democrats and Republicans debate a stimulus package, Elizabeth MacDonough will be at the center of a high-profile fight—unusual for her under-the-radar role of Senate parliamentarian. As the arbiter of what is allowed to be included in the package, by Senate rules, she'll be an important player in this effort. New York Times

- Learning to let things go. At Fortune's Reimagine Work Summit yesterday, Harvard Business School professor Frances Frei offered this advice for difficult times: Decide what you're going to be good at and what you're going to have to be bad at. "We have to have a lot of grace and forgiveness for ourselves," Frei says, when it comes to deciding what we can let slide. Fortune

- Pandemic tragedy. D.C. Mayor Muriel Bowser lost her sister, Mercia Bowser, to COVID-19. The mayor, 48, is the youngest of six; Mercia, 64, was her oldest sibling. Throughout her career, Mercia advised D.C. agencies on issues like serving constituents with mental illness and disabilities. "She joins the legion of angels who have gone home too soon due to the pandemic," the mayor said. Washington Post

- New York allegation. Lindsey Boylan, a former aide to New York Gov. Andrew Cuomo, added more details to her allegation of sexual harassment by the governor. Boylan, who is now running for Manhattan borough president, says that Cuomo "would go out of his way to touch me on my lower back, arms and legs," once compared her to an ex-girlfriend, and said they should play strip poker. She wrote in a Medium post that being a recipient of inappropriate behavior by the governor was a sign that "he liked you, that you were doing something right." A spokesperson for Cuomo said the claims are false. AP

- Assault and apologies in Australia. Brittany Higgins, a former employee for the Australian government, went public recently with the allegation that two years ago, she was raped in Australia's Parliament building by an employee of the Liberal Party. Three more women have now come forward to say they were raped by the same man. Higgins's story has led to apologies from several government officials, including her former boss, Defense Minister Linda Reynolds, and Prime Minister Scott Morrison. The prime minister's response led to another controversy because he "seemed to suggest that it wasn’t until he’d had a chat with his wife—who he said had asked, 'What if it was one of your daughters?'—that he offered an apology." New York Times

Lauren Underwood is the future Elle

The many cruelties of I Care a Lot The Atlantic

"If you can take one day at a time, things will get better. I look back on it now, and I think, you know, if I hadn’t gotten divorced, I never would’ve met Joe."