Is the global distribution of COVID-19 vaccines about to get more equal? 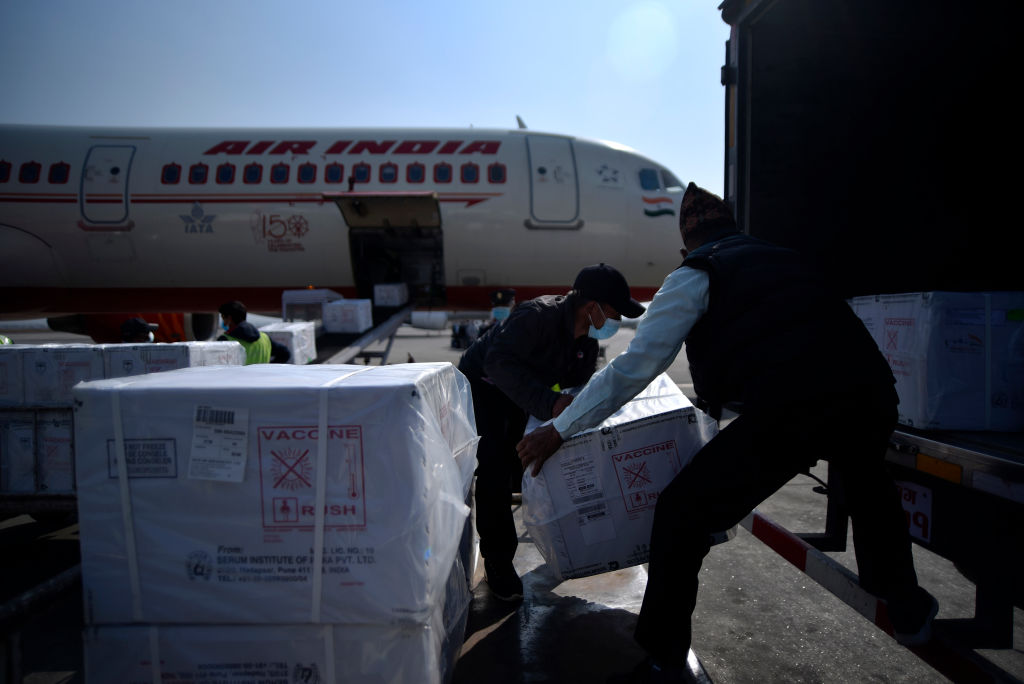 On Wednesday, Ghana received the first vaccine shipment from COVAX, the World Health Organization’s global initiative to provide equitable access to COVID-19 vaccines. The delivery may mark a turning point in helping even out a COVID-19 vaccine rollout that so far has favored wealthier nations.

“Today marks the historic moment for which we have been planning and working so hard,” Henrietta Fore, executive director of Unicef, said in a statement on Twitter. “With the first shipment of doses, we can make good on the promise of the COVAX Facility to ensure people from less wealthy countries are not left behind in the race for lifesaving vaccines.”

The WHO and Unicef said in a joint statement that Ghana received 600,000 doses of the vaccine developed by the British firm AstraZeneca and Oxford University and produced by the Serum Institute of India.

The first doses will be supplied to frontline health care workers and other high-risk groups, according to Ghana’s government. Ghana has confirmed over 80,000 cases of COVID-19 and recorded 582 deaths related to the disease.

The WHO plans to distribute 2 billion vaccine doses via COVAX in 2021 to lower- and middle-income countries. On Tuesday, a government minister in India said the initial COVAX shipments from the Serum Institute, one of the world’s largest vaccine manufacturers, will be sent to countries across Africa.

The Serum Institute had warned earlier this week that global deliveries of the vaccine may be delayed amid India’s efforts to vaccinate its own population first. Now, Wednesday’s shipment may raise hopes that the Serum Institute can live up to its pledge to supply COVAX with 240 million doses of the AstraZeneca vaccine in the first half of this year.

Experts have long viewed COVAX as the most equitable means of distributing COVID-19 vaccines, but it has been slow to get off the ground since wealthy nations have competed with one another to purchase vaccines directly from manufacturers instead of relying on the global initiative to hand out the jabs. This week, the WHO director-general Tedros Adhanom Ghebreyesus accosted wealthier countries for competing with COVAX in securing deals with vaccine makers.

“Some high-income countries are actually approaching manufacturers to secure more vaccines, which is affecting the deals with COVAX. And even the amount that was allocated for COVAX was reduced because of this,” he said at a press conference on Monday. “[Supporting COVAX] is not a matter of charity. It’s a matter of epidemiology. Unless we end the pandemic everywhere, we will not end it anywhere.”

Owing in part to COVAX’s slow rollout, the Economist Intelligence Unit recently projected that most lower-income countries will not be fully vaccinated until at least 2023.

But even if COVAX isn’t distributing shots as quickly as some hoped, officials are pleased that the initiative is starting to deliver critical vaccine supplies.

“The next phase in the fight against this disease can begin—the ramping up of the largest immunization campaign in history,” Fore said on Wednesday.