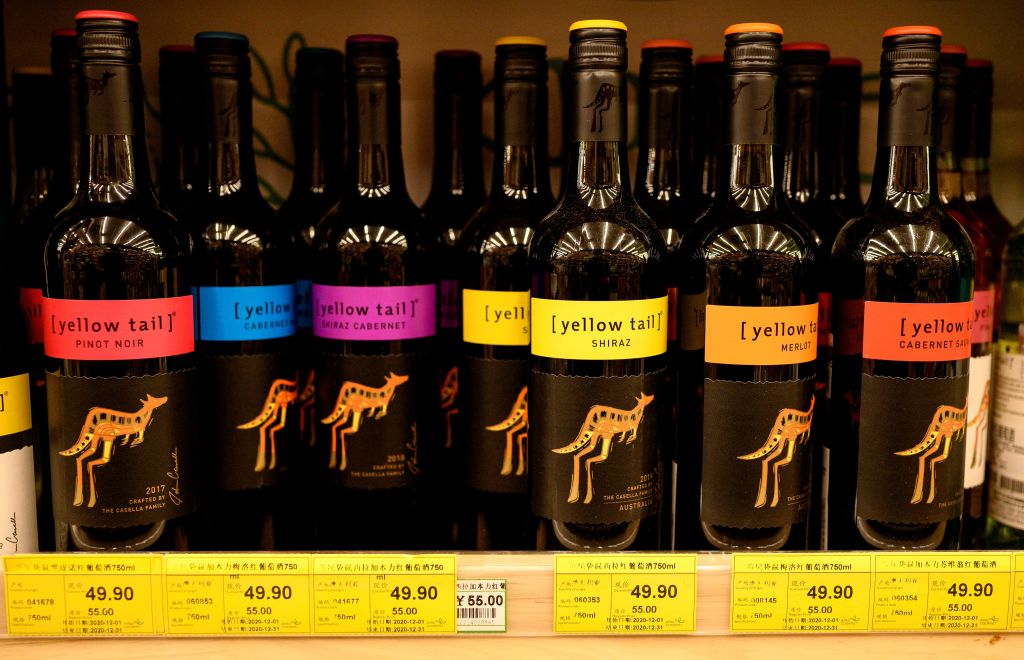 On Wednesday, Australia’s Treasury Wine Estates (TWE) announced a 43% drop in profits for the first half of its fiscal 2021, which ended Dec. 31. The fall reflects the 170% import tariffs China levied against TWE, Australia’s largest wine distributor, as Beijing’s relations with Canberra soured last year.

“In China, TWE expects that demand for its portfolio will remain extremely limited while the provisional (or similar) measures announced by [China’s Ministry of Commerce] remain in place,” the wine group said in its interim report.

Net income from exports to Asia fell 28% in the first half of fiscal 2021, hitting $98 million. The total revenue for the half was down 8% to $1.04 billion. Despite the declines, TWE’s shares listed on Australian Securities Exchange surged 12% Thursday, potentially buoyed by TWE cutting net debt by $312 million in the six months to December.

China’s Ministry of Commerce slapped tariffs up to 212% on Australian wine imports last November after completing a three-month antidumping investigation it said was prompted by complaints from Chinese wine growers. The tariffs tripled costs for Chinese importers, torpedoing a trade worth some $830 million a year to Australian wineries.

China is the largest market for Australian wine exporters; it consumes around 40% of all Aussie wine shipments. For Melbourne-based TWE—which owns brands including Penfolds and Wolf Blass—the China market normally accounts for 30% of global earnings.

“We are extremely disappointed to find our business, our partners’ businesses, and the Australian wine industry in this position,” TWE CEO Tim Ford said in a statement when the tariffs were implemented last year, although he cautioned that TWE isn’t giving up on China entirely.

The winemaker hoped to stay in the market by sourcing grapes from different countries to skirt China’s tariffs and by potentially exporting more bulk wine, which is cheaper and stored in shipping containers, rather than a premium product packaged in bottles. Australian bulk wine isn’t subject to the new tariffs.

But the wine group also launched a strategy to diversify sales by opening new markets across Asia and exporting more to its other leading buyers, the U.K. and the U.S. In its report Wednesday, TWE said it had “increasing confidence” in its plans to redirect sales away from China.