How the coming Texas storms could impact the rest of the U.S. 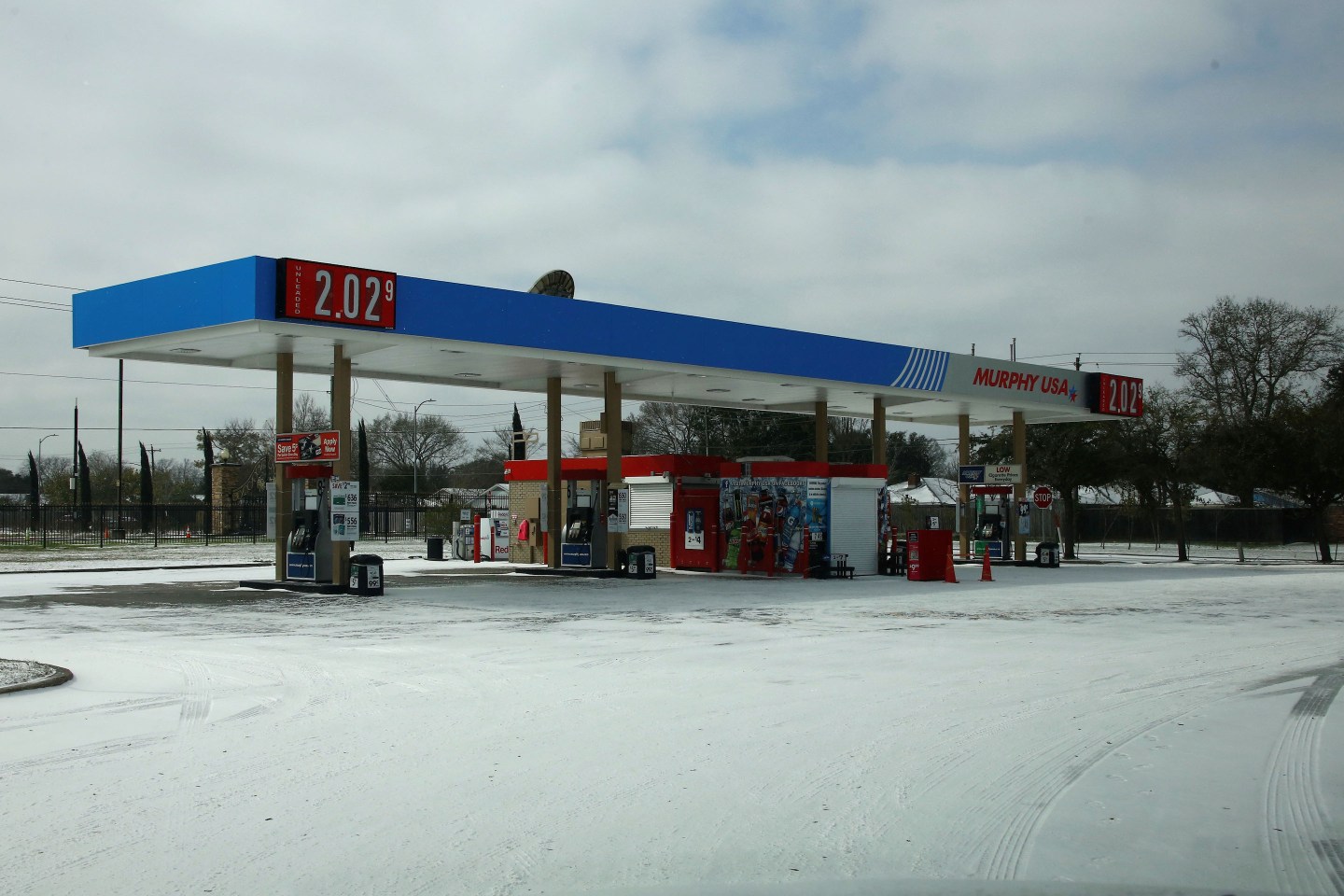 Up to 2.5 million customers were without power in Texas on Monday morning as the state’s power generation capacity is impacted by an ongoing winter storm.
Chengyue Lao—Xinhua/Getty Images

The severe winter storms that have left millions of Texans without power in subfreezing weather, owing to a series of rolling blackouts, could make life miserable for many other parts of the country in the coming days and weeks.

Natural gas futures for March were up 7.7%  in early trading Tuesday, and gas futures jumped more than 4%. That could translate to higher utility bills and higher gas prices around the country.

North America’s largest oil refineries shut down Monday because of the poor weather. Those closures could affect up to 3 million barrels of oil per day. And the shutdown comes after the oil industry has already scaled back production because of the pandemic.

Gas prices have already been rising steadily for the past six weeks, according to GasBuddy. Last week, the national average rose 2.6¢ to $2.50 per gallon, its highest level since last January. That service estimates prices could rise as much as 50¢ per gallon by spring if oil production doesn’t increase.

It’s a big reverse from a year ago, when the price at the pump plunged as people stayed home at the start of the pandemic.

The troubles in Texas aren’t over yet, either. The National Weather Service says another major winter storm is on its way to the state, as well as the Southern Plains region. The Texas Hill Country is expected to get up to a quarter-inch of freezing rain in the coming days, along with record cold air along the western Gulf Coast through at least Friday morning.

Texas is the country’s largest crude oil and natural gas producer. The state is home to 30 refineries, according to the U.S. Energy Information Administration. Pre-pandemic, those facilities were processing roughly 5.8 million barrels of crude oil per day.