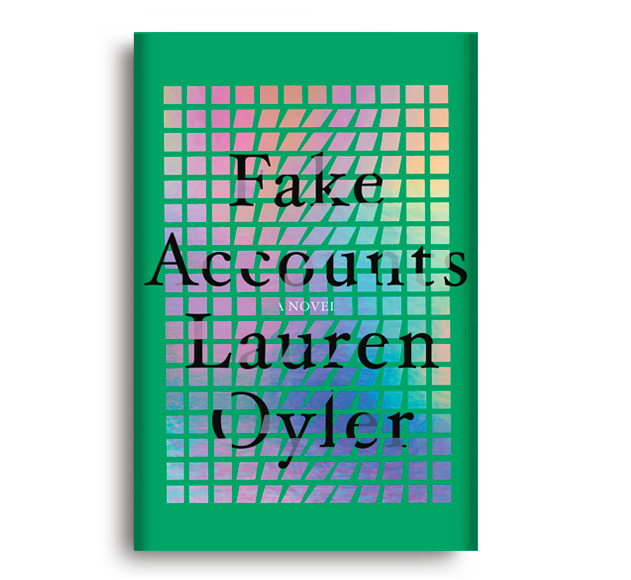 Scoring a galley of Lauren Oyler’s debut novel, Fake Accounts, is essentially a siren call to the Carhartt-wearing, 20- or 30-something men of Brooklyn who sometimes meander into Dimes Square to try to pick up women and consider themselves well-cultured because they follow Kaitlin Phillips on Twitter. I know this because over the last few months I’ve heard these men brag about receiving an advance reader, or because they’ve asked to borrow mine.

It’s hard to tell what their intent is, this trend of certain men actively shouting their appreciation for young, female, and conventionally attractive authors in order to indicate…who knows what. But perhaps I’m just bitter or jaded. Perhaps I should be celebrating these men who choose to read and publicize the (great) works of up-and-coming female authors. Perhaps I should assume their intent is pure, or perhaps I shouldn’t bother to assume any intent at all.

That idea of knowing a man’s intent, of truly understanding his motive, is at the center of Fake Accounts. The book is the first published novel by Oyler, a former writer for Broadly and literary critic who worked with Alyssa Mastromonaco, the White House deputy chief of staff under President Obama, on Mastromonaco’s memoirs.

The novel begins around the time of Donald Trump’s presidential win, when our protagonist, an unnamed media-type, discovers that her boyfriend Felix, another well-educated Brooklyn liberal, has a secret Instagram account where he posts QAnon-adjacent conspiracy theories to legions of adoring would-be Proud Boy fans.

The information is jarring, but it gives her a sudden surge of power. She takes pleasure in figuring out how she’ll confront him, how she’ll use this new information and what questions she’ll demand he answer. She takes her time, really plots out her approach. And then, while she’s at the Women’s March in Washington D.C., Felix dies in a freak accident. There will be no confrontation, and all of those whys will remain unanswered. She’ll never quite understand.

This inability to truly know someone and the unscratchable feeling that comes with it is something we regularly contend with in our own lives, on both a micro and macro scale. It dominates popular culture, from So I Married An Axe Murderer to Gone Girl.

It’s why we over-analyze mundanities in our group chats (what does sending a bonnet emoji mean?!). It’s what motivates journalists to tumble into diners and question “real Americans” about their voting habits. It’s why reporters clumsily interview neo-Nazis at marches. And when we can’t figure things out, we assume. Because that’s easier than admitting that sometimes there just isn’t an answer. The thing is, sometimes there just isn’t. Sometimes “I don’t know” is the best we have.

I spoke with Oyler about the inability to grasp motives and intent, and how the politics of the last five years along with the proliferation of the current social media landscape have worked to muddy the already opaque.

You make reference to this chorus of ex-boyfriends a few times in your book, how they’re always in the protagonist’s head. Where does that come from?

I like the idea of the ex-boyfriend because it’s a sort of petty fleeting thing, you don’t necessarily know how serious it is. You could say someone’s your ex-boyfriend and you dated for six months. Or you could say that they’re your ex-boyfriend and you dated for seven years. That was appealing to me because I was using all these different things about shades of meaning, and uncertainties and double meanings, and I think there’s this sort of feminist conversation where you’re like, “Oh, my ex-boyfriend, I hate him, I don’t speak to them.” And why is that? I think partially, it’s because they have this knowledge of you that you don’t necessarily want to encounter in your day-to-day life. And it’s sort of a different perspective.

Your novel explores the idea of someone who suddenly disappears. We often see this explored from a male perspective—I’m thinking in particular about Michel Houellebecq here—about a man being depressed and worn down by life, but we don’t often get to read about the perspective of the person left behind…

I was thinking about the perspective of someone who is obsessed with their projects, or with their art, but they aren’t very good at it. Someone who thinks that they’re so remarkable that they’re able to trick other people into thinking that they’re remarkable is very interesting to me. I think that also the notion that Felix had died, but the protagonist wasn’t that sad about it, but she couldn’t tell anyone that she wasn’t that sad about it was very funny to me.

It did seem like there were moments where she was very sad, but had trouble admitting that to herself or processing her own emotions.

I think that she vacillates throughout the whole book. And she’s very sad. But she also doesn’t understand if she’s sad because she never got to really know him, or because she is embarrassed, in part because their story sort of abruptly ends without this resolution that she’s been fantasizing about in this sort of self aggrandizing way. And so that’s upsetting as well.

The book begins right after President Trump is elected, and there’s a long passage where the protagonist attends the Women’s March in Washington D.C. When the first Women’s March occurred, you wrote a piece on it that was relatively positive. In the book your take feels a bit more cynical. What changed?

Something about that article is that it was first commissioned by a magazine and they killed it because it was too negative. Now I have less vacillating feelings. In terms of the Women’s March, I was still involved in feminist discourse, and have all these complicated feelings about it. It would be easy to say, “This is all totally 100% ridiculous, with the pink hats and all that stuff.” But I do think that it’s much harder to process it negatively when you see how many people were there. I hope that the attention that I paid to the details of it demonstrate that I’m not totally just dismissing it. I was really trying to think about what it means that all these people were mobilized in various ways, even if they’re not like Twitter socialist theory people. It’s much more a question of: What is it like to be alive right now? Rather than what should we be doing politically, and how should we be strategizing?

How do you navigate this world where you want to celebrate powerful women like the late Supreme Court Justice Ruth Bader Ginsburg but also want to avoid getting swept up in this #GirlBoss narrative that can feel treacly and perhaps even a bit corrupted?

I think a lot of these things are totally corrupted. But that means that they were once things that should be celebrated. Ruth Bader Ginsburg was very instrumental in getting women a lot of basic rights. It’s crazy to be our age and realize that if we had been alive 50 years ago, we wouldn’t be able to have a credit card. But she’s not someone that I have sentimental feelings about. And the fact that she didn’t retire is just so stupid. I cannot get on board with the people who said that she had the right to work because she’s a girl boss and that she wanted to so she should have been able to.

I do think there’s a strand of feminism, and this is the worst kind of feminism, that prioritizes desire above all else. It prioritizes a sense of freedom that relies on other people not having freedom. It relies on an imbalance in agency in some way. And I think that all this commentary about Ruth Bader Ginsburg fits into that.

After writing this, do you view social media in a new light?

There are parts of the book that I think were inspired by a desire to avenge something that had happened to me personally, my own hurt feelings about what people had done to me online. And I probably did things to people online, too. But I had this hard realization when I worked at Broadly that I should not speak ill of specific people in specific ways. I think a lot of people still don’t really understand that it is real: If you see me saying something mean about you, you are going to remember that for a long time. And if we are ever to meet, you’re not gonna like me. On Twitter, everything naturally gains this sort of written down significance.

There’s something about these platforms that make people act in very performative ways, they’re not necessarily the same person online and offline.

I firmly believe that the way you act online is who you are.

So is Felix who he is online?

I’ve come to accept that the way that you spend your time is the way that you spend your time. If I’m someone who’s going on serial OkCupid dates and lying to people [as the protagonist in the story does], that says something about me. It says that I think it’s interesting to do that to somebody, which is a statement. What you want to make that statement is open to interpretation.

So then all of these people on Instagram who post and repost social justice infographics, what does that say about them? Is that who they are? Is it performative?

What’s so hard to wrap your head around with this stuff is that you’ll often meet someone in person who’s really charming and lovely. And then you look at their tweets or their Instagram and you’re like, “This person sucks. I don’t ever want to be around this person again,” and it’s so hard to determine how much that should matter.

But with the infographic thing, I think it’s basic high school psychology: Everyone is doing this so I want to do it too because I want to seem like a good person. What’s interesting to me is this idea of you as an individual pooling yourself on social media and becoming part of this bigger thing. And what does that mean? And how do you live in that way?