Test-driving the Land Rover Defender: an off-roader that lives up to the legend 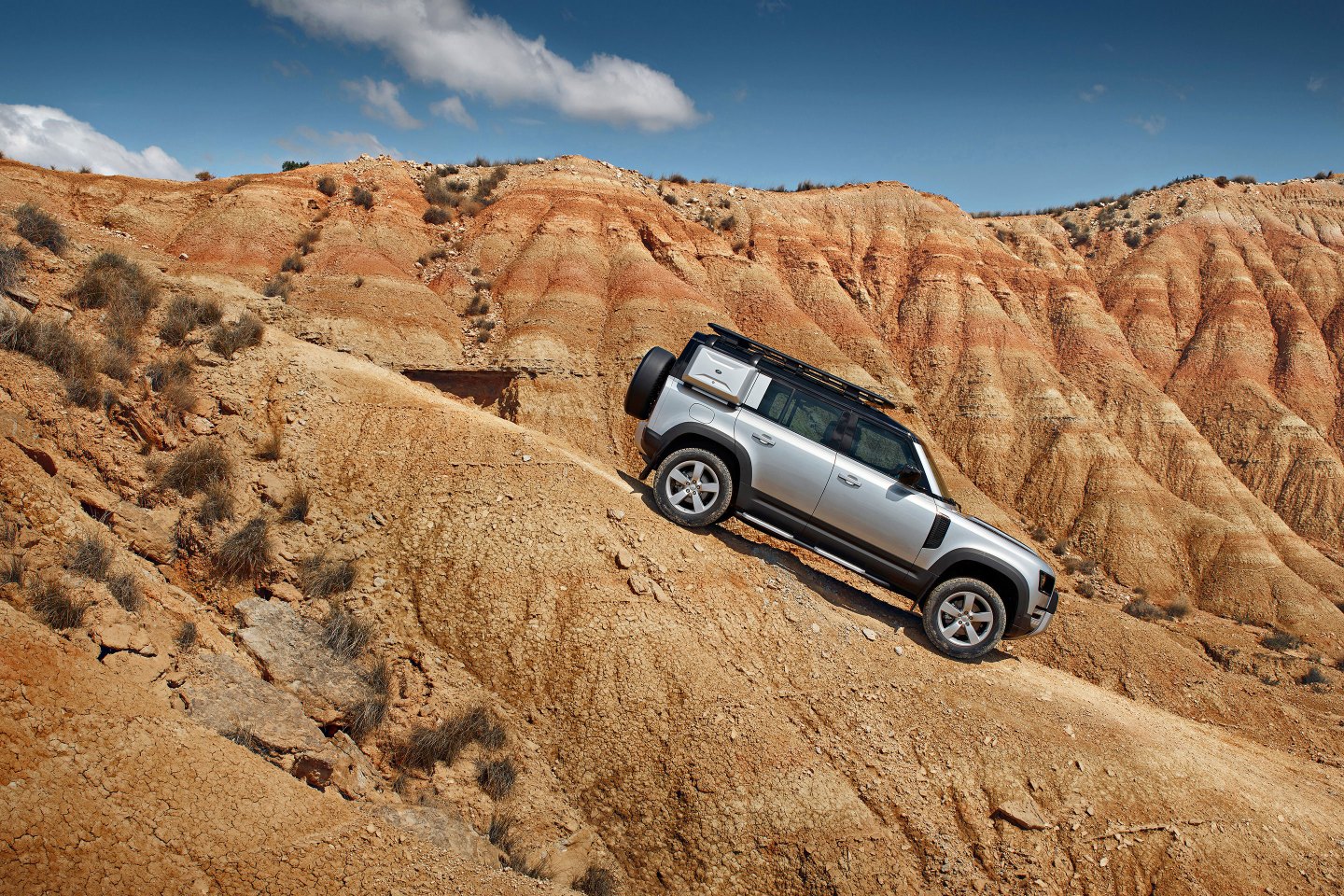 The natural inclination when getting behind a completely reengineered vehicle like the Land Rover Defender is to compare it to its predecessor. In this case, that earlier model was an icon: an overlander that went largely unchanged from the Land Rover Series 1 of the 1940s until 2016, when the long-in-the-tooth Defender could no longer keep up with modern requirements for safety and emissions.

That Defender provided decades of admirable service for those heading off-pavement, whether it be UN peacekeepers in Rwanda or a sheep farmer in Wales, and it won a rabid fan base who still keep them rolling over muddy hillsides today.

Among those fans, this writer included, the 2019 unveiling of the new Defender raised eyebrows. It is big—very big—and swaps flat-sided steel panels for bulbous aluminum. Yes, if you squint, you can see the “design DNA” of the original, but the new Defender is definitely not more of the same. It was a big risk for struggling parent company Jaguar Land Rover (JLR), but one that just might pay off.

Fortune reviewed the Defender in its top-of-the-line four-door 110 X package, priced at $85,750, which comes with a 395-horsepower, three-liter mild-hybrid gasoline engine (U.S. buyers are denied the diesel options available in Europe). That power plant, which JLR dubs its Ingenium engine, packs quite the party trick: Its electric-powered supercharger near-instantly spins up when the throttle is applied. The result is snappy acceleration with plenty of low-end torque that gets you to 60 mph in just under six seconds—in a vehicle weighing over 5,000 pounds. Crikey.

The Defender successfully walks the line between providing the luxury expected of such an expensive vehicle and being appropriately rugged. The ride is plush, thanks to adjustable air suspension, and the tech is cutting-edge—the rearview mirror uses a camera when visibility is obscured, and there’s an excellent touch-screen entertainment and control system. But the Defender also has rubber floor mats and a metal-lined trunk that are begging to be sullied by muddy boots and dirty gear. This is a utility vehicle with a capital U.

So while it has impeccable road manners, to really see what the Defender can do, you need to give it some unforgiving terrain. Thankfully the New York weather cooperated during Fortune’s review, serving up snow, sleet, and freezing rain. Driving through that mess on gravel and dirt demonstrates what makes the Defender special in the indistinguishable landscape of SUVs.

Even though Land Rover has equipped the Defender with various selectable terrain modes for snow, gravel, and sand, its normal ride mode, paired with optional off-road tires, is more than capable on loose and slippery ground. And while Fortune didn’t have the chance—or the nerve—to test it, JLR says the Defender can wade through water of up to three feet, no modifications required. All this, along with its superb visibility and commanding presence, inspires a level of driver confidence that few of its competitors can provide.

It’s in this realm that the new Defender earns its badge. It may look different. It may drive like a luxury SUV on the highway. But Land Rover has imbued the Defender with the uncompromised off-roading chops of its ancestor. And that has given the purists plenty to smile about.

This article appears in the February/March 2021 issue of Fortune with the headline, “Land mark.”