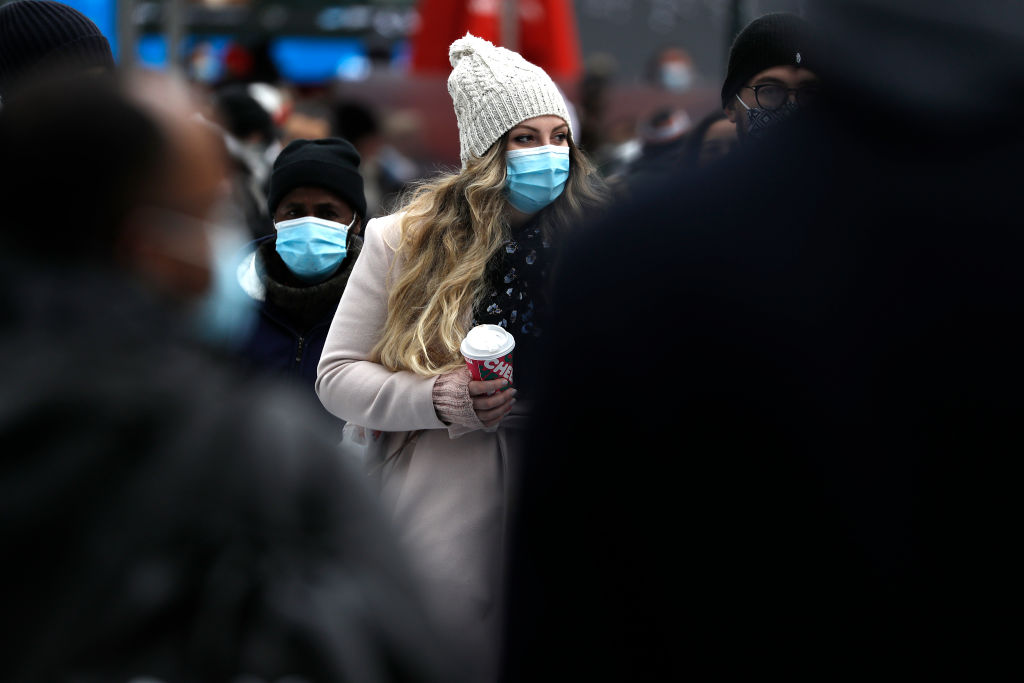 A woman wearing a protective mask walks through a crowd with a coffee cup in Bryant Park on Dec. 19, 2020 in New York City.
John Lamparski—Getty Images

Good morning, Broadsheet readers! 23andMe may go public through a SPAC, protests break out over Poland’s abortion ban, and working women are in trouble; what are companies doing to help? Have a relaxing weekend.

– Crisis management. A year ago, working women were riding high. Thanks to a booming labor market and their prevalence in fields like education and health care, female workers surpassed their male counterparts in the U.S. paid workforce, according to January 2020 data.

In a new piece by Emma and Fortune senior writer Maria Aspan, Michael Madowitz of the Center for American Progress, summarizes what happened next: “The whole house burned down.”

Emma and Maria’s story ticks through the data that illustrate just how horrible the pandemic and its accompanying childcare crisis have been for the U.S.’s female workforce:

All told, they write, “the pandemic has set working women back by more than three decades—to levels of labor force participation last seen in 1988.”

Rehashing those numbers is important, but so is what Emma and Maria ask next: What are employers doing about this crisis?

That question turned up a few encouraging answers.

IBM is expanding its ‘returnship’ program that hires and trains women who’ve taken a break from the workforce.

Target is giving all U.S. employees unlimited company-paid in-home or day-care “backup care” through May.

And Verizon retrained 8,000 workers so they could work remotely when lockdowns shut stores. It allowed some of those workers to keep working remotely or work part-time when stores reopened, and the company expanded its paid childcare benefits to $15 per hour and $100 per day.

Christy Pambianchi, Verizon’s chief HR officer, acknowledged that the programs are expensive. But so is turnover, she says. “We think it’s really important that our employees know, and society knows, that we’re here for them.”

For women everywhere to receive that message, we need policy changes—like more affordable childcare—and more company initiatives to add to this list.

You can read Emma and Maria’s full story here.

- Lasting legacy. Actor Cicely Tyson died yesterday at 96, after a seven-decade career as a stereotype-shattering performer and fighter for civil rights; she changed Hollywood by refusing to take roles that demeaned Black people and persuading other Black actors to do the same. Her memoir came out just this month; before its publication, she said she didn't fear death and offered her advice for the young: "I try always to be true to myself." New York Times

- Testing the waters. 23andMe, founded by CEO Anne Wojcicki, is in talks to go public via Richard Branson's SPAC. The merger could value the genetic-testing startup at $4 billion. Financial Times

- Confirmation day. The Senate yesterday heard from Biden nominees Cecilia Rouse, the President's choice for the White House's top economic adviser, and Rep. Marcia Fudge, the nominee for secretary of housing and urban development. Rouse told the Senate committee that she was drawn to economics to figure out why jobs were disappearing in the 1980s and what could be done to bring them back. Fudge gave her definition of "equity" after GOP senators objected to her criticism of the Republican Party's support for Black Americans.

- GM + EV. General Motors, led by Mary Barra, committed to selling only zero-emission vehicles by 2035. The announcement follows California's plans to ban the sale of gas-powered trucks and cars by the same year. Bloomberg

MOVERS AND SHAKERS: Margo Georgiadis, former CEO of Ancestry.com, and Cathy Benko, former vice chair and managing principal of Deloitte, join the board of directors at WorkBoard. Clara Shih, founder of Hearsay, joins Salesforce as CEO of Service Cloud.

- Governing the internet. At a Fortune event yesterday tied to the virtual World Economic Forum, Facebook COO Sheryl Sandberg urged the creation of a global privacy framework to govern the Internet. Without international cooperation, she said, we will “wind up in a fragmented internet that has far less privacy than even the worst situation you might find in one of the developed countries.” Fortune

- Swipe left on shame. Dating app Bumble, led by Whitney Wolfe Herd, this week banned "body shaming" on its platform. "Physical appearance" is one of the categories in which Bumble, according to its revised terms and conditions, will no longer tolerate discriminatory language. The move, which follows bans on shirtless mirror selfies and photos of guns, comes ahead of the company's expected IPO. CNN

- Brand-new CZI. Mark Zuckeberg and Priscilla Chan are overhauling the operations of their philanthropic organization, the Chan Zuckerberg Initiative. The couple are launching a new group devoted to criminal justice reform with $350 million from their fortune; at the same time, the organization will now outsource most of its political work to other organizations. Recode

"You have to be nimble and flexible, but for a lot of women, that is not an option."