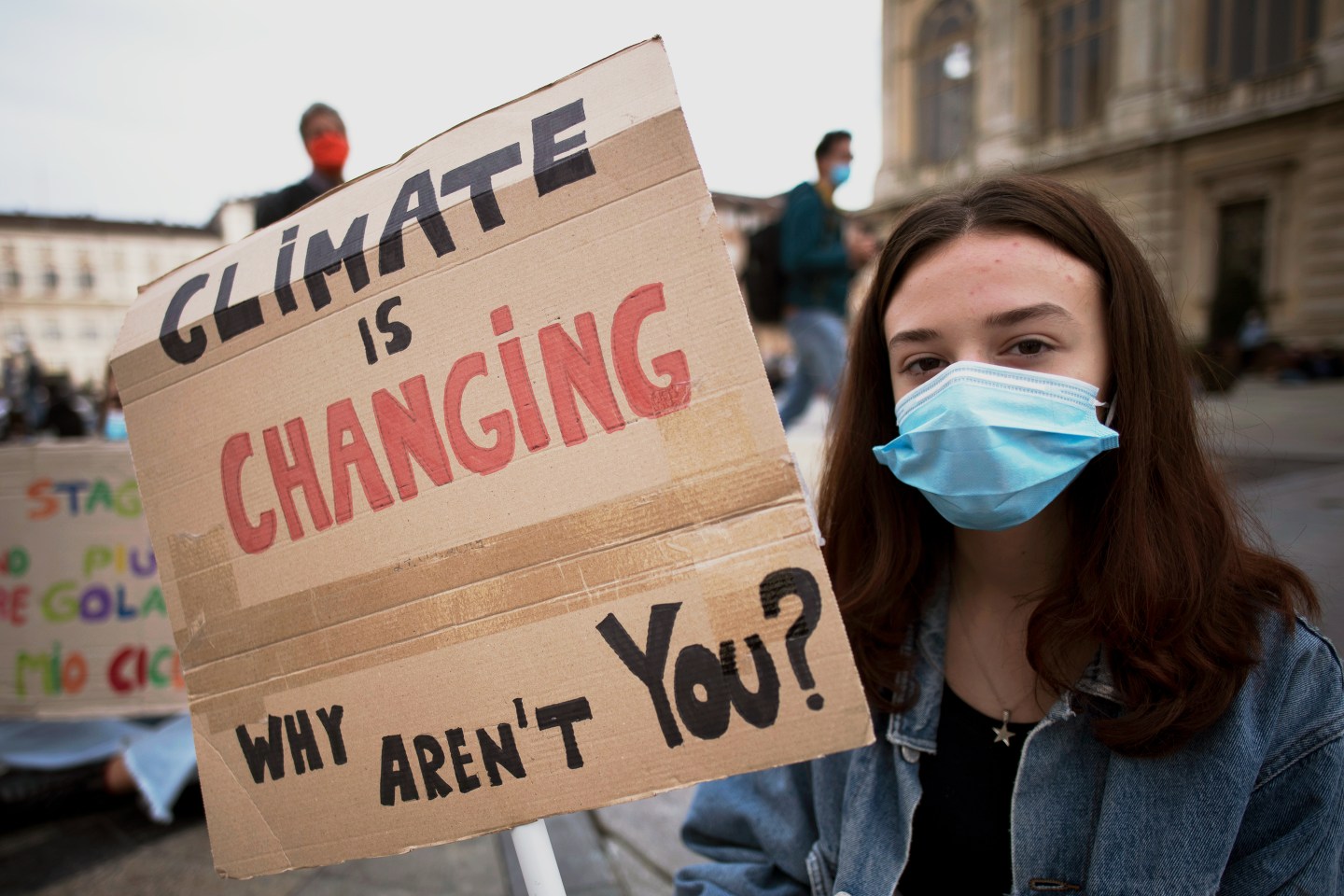 If adults hope to make serious progress on the climate change crisis by 2030, they should aim for carbon neutrality, writes Paul Polman.
Stefano Guidi—Getty Images

After a depressing and dreary 2020, the new year has not come a moment too soon. The coronavirus pandemic has not yet ended its whirlwind of destruction, and it promises to loom large over the first half of 2021. But one day soon, we can reasonably hope it will be over.

In an effort to look forward to that day and beyond, I have been asking my grandchildren what they want to see happen in the world not just this year, but by 2030. By then, my grandson Ryan will be nearly 20, and his sister Madeleine will be a teenager.

They both call me Captain Planet, a kind label first applied to me by the Harvard Business Review. But superheroes have a habit of being human under the cape. My generation started out as big polluters, becoming climate change converts late in life. Even at Unilever—a company with a history of social responsibility dating back to the 1880s—placing sustainability at the heart of the firm’s strategy was controversial with some of its stakeholders.

By contrast, the adults of 2030 will have understood the fierce urgency of environmental protection all through their childhood. Invited to prescribe what adults should do in the coming nine years, Ryan, who is 10, has a clear five-point plan. Ban gas- and diesel-powered cars; expand the use of solar power; use less electricity; don’t use so much plastic; and fly less. It’s a shopping list to address the energy challenges of this century, and to mitigate the catastrophes humans have wrought on our natural and marine life. To do his bit individually, Ryan also decided recently to become vegetarian and stick to it.

Madeleine, age 4, makes a broader appeal to her elders, capturing the motives behind her brother’s practical list: “We need to be nice to each other and to our teachers,” she said. The wisdom to be kind not just to our contemporaries but to those in authority is a rare trait. And what could be nicer than conserving the planet we leave behind for future generations?

As ever, children have a way of boiling complex problems down to simple solutions. They also have a finely tuned radar for hyperbole and inconsistency. Kids watch what we do, not just what we say. Recognizing delaying tactics in adult answers like “I’ll think about it” or “Maybe,” they can see that setting environmental ambitions is easier than taking action. Distant targets to cut carbon by 2050 sound like a “not now” approach to climate change—with a big say-do gap, for which they have no patience.

Nor does planet Earth. It is the real actions taken in the next 10 years, not ambitions set for the next 30, that will profoundly affect the coming century. I am proud that my former company Unilever, beyond my decade-long tenure, continues to be among the corporate leaders in tackling climate change. The company, which I still hold shares in, is working to be climate neutral by 2030 and to eliminate deforestation from its value chain by 2023. And Unilever is the first major global company to let its shareholders vote annually on climate targets. But there is far more to do.

Where companies fall short, children will have a big role to play in driving consumer pressure for change among adults. Sometimes they even deploy their most potent powers of persuasion on executives directly. Some in the financial and fossil industry have agreed to aggressive green plans both to avert climate change in the long term and to avoid being “disowned’ by their enlightened offspring in the short term. “Are you proud of what you do?” is what children pointedly ask of their parents in the corporate world.

In the coming year, all adults in positions of power—whether in the U.S. President’s Cabinet or the corporate boardroom—should listen to young people’s simple but serious demands. Admirably, some governments are already stepping up with more ambitious commitments, like the European Green Deal or the U.K.’s commitment to stop production of gas- and diesel-run cars by 2030. But governments need to go further. In the EU’s COVID-19 recovery response, for instance, only 30% of spending is on greening the economy.

As Ryan argues, it is time to drive forward with determination and consistency toward a carbon-neutral electricity supply. Meanwhile, 2020 has already given him his wish that we should all fly less. Once we are no longer compelled to cut back by COVID, we can surely continue by choice. And, by embracing new technologies, it is possible for companies like Unilever to lead the fight against plastics pollution by deploying alternatives at scale in their products.

Talking to Ryan and Madeleine about the planet they will inhabit long after me, reminded me of a Psalm. It is often shortened to “Out of the mouths of babes,” but a fuller rendering is “With praises from children and from tiny infants, you have built a fortress. It makes your enemies silent, and all who turn against you are left speechless.”

Only through concrete action now to build a greener 2030 can we earn the praise of our children and of theirs, building a fortress against the devastation of climate change and quieting those who say we aren’t serious. Ryan, Madeleine, and their whole generation will be watching.

Paul Polman is the former CEO of Unilever and cofounder and chair of IMAGINE, a social venture aiding business leadership in achieving the UN’s Global Goals.