American students need help through the pandemic, and the U.K.’s tutoring program could be a model 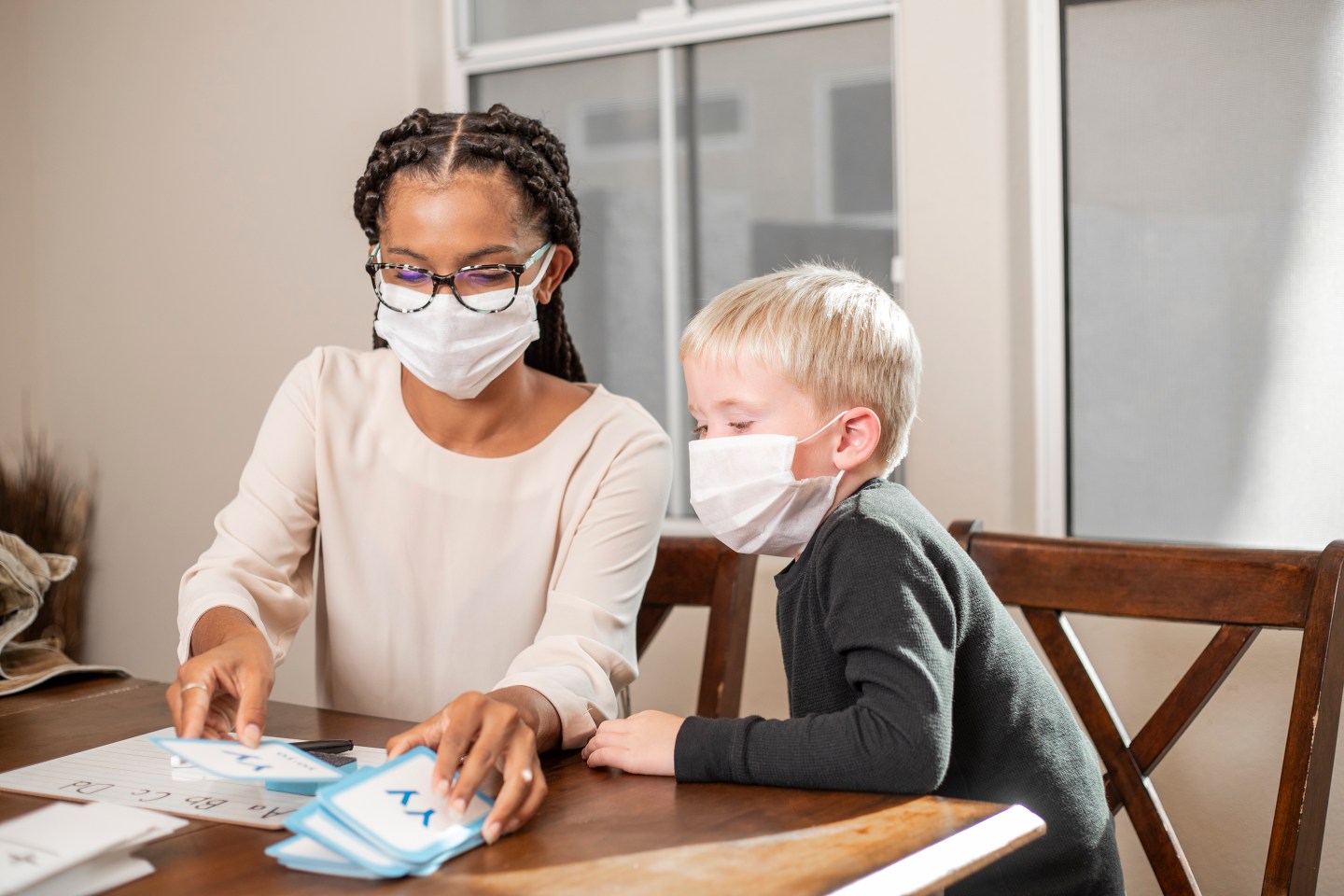 The U.S. should create a national tutoring program for students falling behind amid the COVID-19 pandemic, writes Amanda Aisen.
Getty Images

Last fall, the United Kingdom rolled out a national program that provides subsidized, personalized tutoring to elementary, middle, and high school students who fell behind when schools shut down as a result of the COVID outbreak.

The U.K.’s National Tutoring Program, which will last two years, is specifically designed to bring disadvantaged students back up to speed. The entire £350 million ($453 million) program is funded by the national government.

In the U.S., where the pandemic appears to have disproportionately impacted Black and brown communities and where existing opportunity gaps have been exacerbated by school shutdowns, there is no such program. But the need for one is just as acute. (As a company providing private tutoring to U.S. students, Academic Approach stands to benefit from the implementation of a national tutoring program.)

It is difficult to fully assess just how far our nation’s students have fallen behind since last March, when the vast majority of primary and secondary schools transitioned to online learning.

Much of the concern around learning loss stems from established research on summer learning loss from past years. Research from the Northwest Evaluation Association (NWEA) in 2015 found that over a typical summer break, third graders lost almost 20% of the reading skills and 27% of the math skills they had learned in the previous school year. For older students, the research found, summer learning losses increased. In fall of eighth grade, students in the study lost, on average, 36% of the progress they had made in reading and 50% of the progress they had made in math the year before.

School shutdowns likely have made this learning loss worse, because, of the millions of students who were sent home in March, many didn’t or weren’t able to fully participate in online classes. NWEA predicts learning gains from the 2019–20 school year in reading to be only 63% to 68% of what is typical. Math likely looks even worse, with gains only 37% to 50% of what is seen in a normal school year. Now, with the fall 2020 semester complete, many have lost another one to three months of learning, with nearly half of schools nationally having engaged in hybrid or fully remote instruction.

Calculating the full extent of COVID learning loss is complex, and it will be a long time before we know the full magnitude of its impact. But the initial numbers are alarming. Unsurprisingly, these effects are likely to most hurt the students who can least afford to absorb the hit.

This fall, students learned only 67% of the math and 87% of the reading they would have learned in a normal year, according to an analysis of assessment data from hundreds of thousands of students across 25 states performed by the consulting firm McKinsey & Co.

The digital divide disproportionately harms Black, Hispanic, low-income, and first-generation college students. With more barriers to access, they are missing out on more instruction.

In a 2017 survey, ACT (the organization behind the eponymous college entrance exam) found that students meeting one of those criteria were more than three times as likely to have access to only one device at home, and more than five times as likely to have access to only a smartphone at home, when compared with their peers. More than half of the students relying on a single device also depended exclusively on a monthly cellular data plan for home Internet access. Given these gaps in access, it’s not difficult to imagine why these underserved students are engaging less in remote school and, as a result, falling further behind.

This is why we need a large-scale, federally funded intervention to reverse the trend. Otherwise, these learning losses will exacerbate existing education divides and increase wealth inequality, as the students whose education is the most hurt will likely go on to experience long-term impacts like lower college graduation rates and decreased job prospects as a result.

What’s needed is an injection of emergency funding from the federal government to pay for an army of qualified tutors for the tens of millions of elementary, middle, and high school students who have slipped the furthest down the “COVID slide.”

These tutors must meet with students every one to two days, as robust research has shown to be highly effective. And tutor-to-student ratios must be low: no more than three students per tutor, as research suggests is most effective. Similar to the U.K.’s program, schools should be able to choose whether tutoring happens in person or online.

Wealthy families have known this for decades, as evidenced by the booming private tutoring industry. A nationally funded program would ensure that all students have access to the instruction needed to accelerate their learning. Consider the large body of research showing that personalized tutoring increases academic success.

Another benefit of such a program is that it would create jobs at a time when the country is mired in an economic recession. In some cases, American parents are already choosing to pay teachers in India to tutor their children. Why not keep that money here in the U.S., where it can be reinvested domestically? There are millions of eager, young college graduates right now that would jump at the chance to make a difference in the world by mentoring underprivileged students—especially if they can get paid for their work. At the same time, the program would provide the needed support for working parents to keep their existing jobs rather than devote themselves to supporting remote learning.

The national service network AmeriCorps, which is made up largely of recent college graduates, could be an integral part of this effort. AmeriCorps has been tutoring K–12 students for years, so it already has a framework in place to make such a program work. There are proposals in Congress to expand AmeriCorps from 75,000 to 500,000 workers and increase their compensation by 200%. Such proposals are promising but need the full support of Congress and the White House to work.

Admittedly, a national tutoring program would not be cheap. We will have to spend more than the U.K.’s $453 million, which provides tutoring for only 250,000 students, just a fraction of the country’s student population (and an even smaller percentage of America’s approximately 56.6 million elementary and secondary students). Some have said a U.S. program could cost as much as the Marshall Plan, the U.S. program that gave $12 billion in aid money (about $133 billion today) to Western Europe after World War II.

But consider the cost of not doing it. A recent report released by the Organization for Economic Cooperation and Development estimates that learning loss caused by school closures could lower our future GDP by 1.5% as a result of lower individual skill levels in students. That’s more than $14 trillion in losses over the next 80 years.

Even in the strangest of circumstances, one important key element in education remains true: It’s not what you teach; it’s what they learn. And if students aren’t learning enough, we have to change the way we teach them. The cost of not doing so is far too great.

Amanda Aisen is executive director of education at Academic Approach.