What it was like to photograph the insurrection at the Capitol 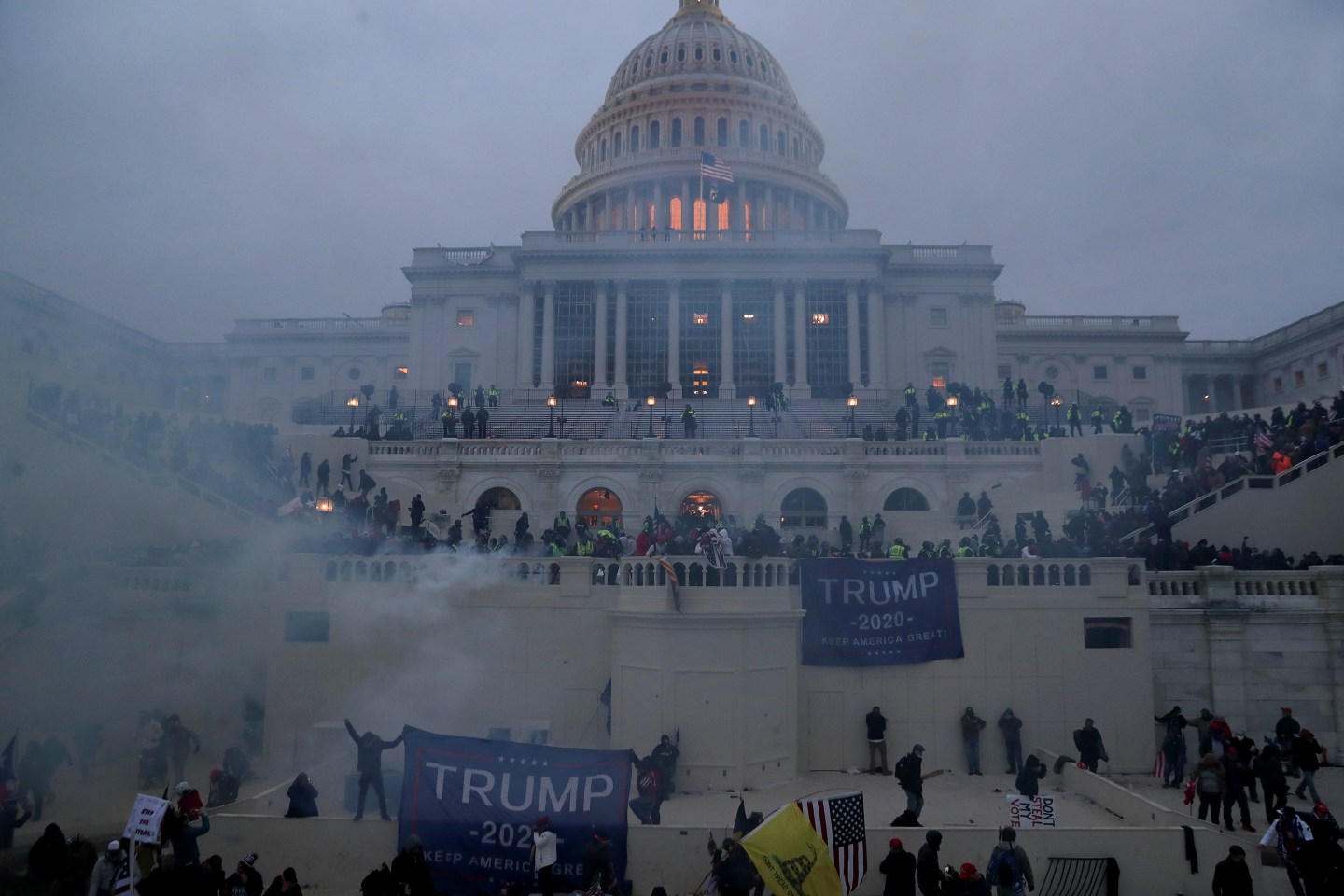 “I’m still standing,” photojournalist Leah Millis told Fortune when asked how she was doing one day after the insurrection.

Millis, who was assigned to cover and photograph the Capitol on Wednesday for Reuters, began her day at the East side of the building where the crowd quickly grew but stayed relatively calm. She described that people surrounding her were giddy, excited and angry.

At 1:07 p.m., Millis moved toward Independence Ave, cut up across the lawn and was confronted with the scene of a mob—thousands of people storming up to the Capitol from the Mall.

“The first thing I did was take my bag off, take out my helmet and gas mask, take off my KN95 and cloth mask, then put on my gas mask and ballistic helmet,” she said. “Then I ran into it.”

Millis was also prepared by wearing a bulletproof vest and carrying a trauma medical kit with two tourniquets.

Rioters ripped down fences, threw all manner of objects at the police including flags, bottles and metal poles from said fences, scaled the stairs and climbed scaffolding. While photographing the scenes unfolding, Millis heard chants of “1776” over and over again. Millis described that the police on that line did not have gas masks on, so often they were getting pepper spray from their own spray, and being pepper sprayed by people in the crowd.

The chaos did not halt. Inside the breached Capitol, the insurgents broke into congress’s offices, scaled the senate chamber balcony, carried the Confederate flag throughout the halls, looted a podium, and vandalized the House chamber.

With almost zero cell service, Millis described that she had no idea what was happening beyond the scene in front of her. So she focused on her surroundings outside the Capitol and documented the scene unfolding.

Near dusk, Millis heard what sounded like the crowd encouraging people to break into the center door of the Capitol one level above her. She calculated the risk of climbing two levels up a center scaffolding to get a view of the scene.

“I was there watching this battle between people trying to break past police after having broken through a door for an hour,” Millis said. “After flash bangs and teargas began to be fired to disperse the crowd I felt like it was important to have context to this chaos. [It] looked like a battle scene out of a warzone.”

Millis has photographed protests that have turned violent before, and said she remains calm documenting while chaos is surrounding her. She feels strongly that her job as a photojournalist is an integral part to a working democracy, especially during moments like this.