Finding bright spots amid a dark day for the U.S. 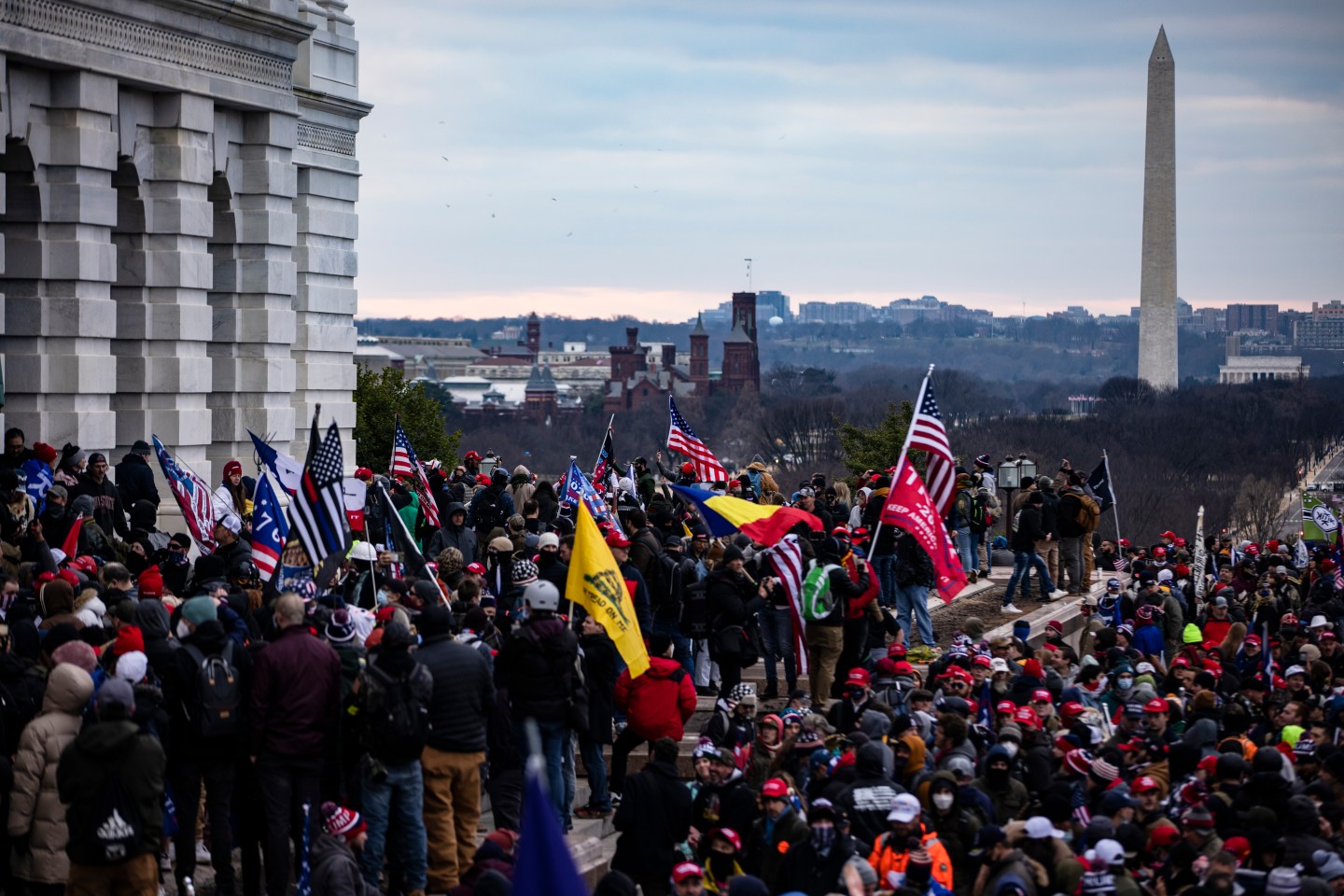 – Speechless. Whew. Five-plus years into writing this newsletter, I don’t think I’ve ever been more at a loss about what to say to you all than I am this morning—the day after a mob of (overwhelmingly white and male) Trump supporters forced their way into the U.S. Capitol in an attempted coup, disrupting the ratification of President-elect Joe Biden’s victory. What’s the Broadsheet angle on an attempt to dismantle democracy?

With no obvious answer to that question, let me attempt to at least look for some spots of light in what was a very dark day for the United States:

-Imagine the fortitude of the lawmakers—led in the House by the unflappable Nancy Pelosi, whose office was broken into, vandalized, and planted with a threatening note—who returned to the Capitol after the rioters were dispersed (but not arrested!) to do their duty and continue the proceedings. And while the eventual vote brought plenty of empty words from the same politicians whose actions helped bring that mob down on their heads, there were moments that cut through the speechifying, including a searing address in which Sen. Tammy Duckworth called out those who coddled the President’s “porcelain ego.”

-The business community moved quickly to condemn the actions of the mob. (A special hat tip to the National Association of Manufacturers, whose CEO shed the usual placid language of such statements to call the actions of the “armed thugs” who converged on the Capitol “disgusting.”) In addition to a strong statement from the Business Roundtable, a number of CEOs—including GM’s Mary Barra—decried the violent and illegal action.

-In the better-late-than-never category: Social media at long last took a stand against President Trump’s endless spewing of misinformation about the election, removing his tweets and video of his remarks from several platforms—including YouTube, led by CEO Susan Wojcicki.

– Even this terrifying event couldn’t completely overshadow Democrat John Ossoff’s victory in the Georgia Senate race, a win that—as Claire pointed out yesterday—will transform the Kamala Harris’s role as Vice President (making her the tie-breaking vote in the 50/50 Senate) and cements the victory of Stacey Abrams and other Black female activists who made it their mission to turn Georgia blue.

-Too little, too late? Stephanie Grisham, chief of staff and press secretary for first lady Melania Trump, resigned following yesterday's riot at the U.S. Capitol. Grisham joined the Trump campaign in 2015 and served as the White House press secretary for a short stint, though she never held a press briefing. Fortune

- He dreamed a Dream. After Sen. Kelly Loeffler lost the Georgia special Senate election, LeBron James said he'd be interested in putting together an ownership group to buy the WNBA's Atlanta Dream, the team for which Loeffler is currently majority owner. The team's athletes protested and campaigned against Loeffler ahead of the election. CNN

- Strategy falls short. Loeffler's loss highlighted the limitations of a strategy the GOP has adopted over the past two years: running far-right female candidates in a bid to appeal to both the Trump base and suburban women. This story compares Loeffler's loss to Martha McSally's defeat in Arizona. NBC News

- Criminalizing violence. Iran's government this week approved a bill that criminalizes violence and sexual misconduct against women and specifies punishments. Women's rights advocates have been working for this for a decade; the bill comes after six months of Iran's own #MeToo movement. New York Times

- Merkel calls a meeting. German lawmakers are frustrated with the pace of the country's COVID-19 vaccine rollout. Chancellor Angela Merkel called an emergency meeting to figure out how to speed up the program and to address tensions within her government over the issue. Fortune

"Unbelievable scenes from Washington D.C. This is a totally unacceptable attack on democracy. A heavy responsibility now rests on President Trump to put a stop to this."