The Broadsheet’s 2020 Year in Review 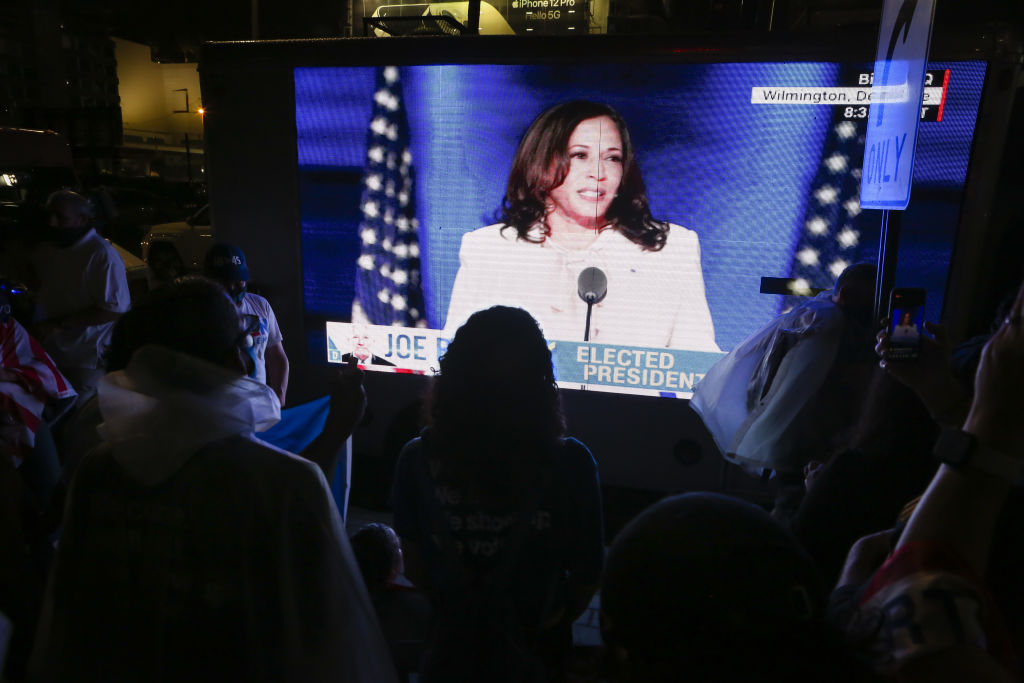 Good morning, Broadsheet readers! Rep. Deb Haaland is a historic Cabinet nominee, Anita Hill’s Hollywood Commission issues its final report, and we look back on 2020 (we swear it’s not all bad). TGIF.

– The bright spots of 2020. In the coming days and weeks, you may finally have a moment to stop and reflect on a year that defies description. What will you remember?

This is the last Broadsheet before our annual holiday hiatus, so we’re taking an opportunity to look back too.

In many ways, this is a year we’d like to forget, since it dealt blow after blow to the community The Broadsheet serves: working women. If you can believe it, early 2020 saw women outnumber men on U.S. payrolls for only the second time ever, as they held 50.4% of jobs. That happened in mid-January, and it’s fair to say things went downhill—quickly—from there.

The pandemic increased women’s caregiving duties and dimmed their career prospects. If women didn’t lose their jobs, they thought about quitting as the pandemic dragged on and the demands they faced went from bad to worse. Already trailing their male peers in so many ways, women became subject to new deficits—from a COVID-era ambition gap to the ‘kid-interruption’ gap. (Working moms, we wholeheartedly salute you.)

And then the world lost a titan, Ruth Bader Ginsburg, whose legacy is, in part, the more equal workplace American women occupy today.

But even with all that downright awfulness, there was good—so much good—that also shaped 2020.

We could easily start and end with frontline healthcare workers, who are disproportionately female, and who risked their lives by charging into understaffed and under-resourced hospitals to save strangers from a pathogen we still don’t fully understand. They are now rightfully first to receive the early vaccines that rely on new technology that women helped develop, with an assist from—who else?—Dolly Parton.

In the early days of the pandemic, you, Broadsheet readers, taught each other how to stay productive, how to stress less, how to pass the time. A startup CEO told us how she fundraised while quarantining with six children, and a newspaper editor shared how she kept up with an erratic news cycle while helping her seven kids learn from home.

When racial justice protests gripped the U.S., members of the Broadsheet community called out the shortcomings of allyship efforts, and Black women shared with us their candid perspectives on racism at work. Female athletes—from WNBA players to Naomi Osaka—used their platforms to support the Black Lives Matter movement and honor the victims of police brutality.

There’s no way to sugarcoat 2020, but it is worth remembering the bright spots that offset all the darkness.

Every single one of these story lines will follow us into 2021: How will women fare in (what we hope is) a vaccine-induced economic recovery? Will governments and employers finally take steps to reduce the enormous childcare burden that women bear? Will the allyship that individuals and corporations pledged this summer result in more respectful, more equitable workplaces? How will a Vice President Kamala Harris shape the Biden administration? And will the streak of female CEO hires continue?

We’re looking forward to answering those questions in 2021—and to fewer gaps and more firsts; to progress.

Happy holidays and a very happy New Year. The Broadsheet will be back on Monday, Jan. 4.

- A historic choice. It's official: President-elect Joe Biden has selected Rep. Deb Haaland as his nominee for Secretary of the Interior. Haaland would be the first Native American Cabinet secretary—a milestone that's especially meaningful as she'll be overseeing tribal land and Indigenous education. Washington Post

- Listen up. On the latest episode of the Fortune Brainstorm, hosts Michal Lev-Ram and Brian O'Keefe speak to IPO expert Lise Buyer, who helped craft Google's auction in 2004, and Threshold Ventures managing partner Emily Melton about the unusual year for both the public markets and venture. Fortune's Maria Aspan also joined to share more insight on her feature, "Female Founders Under Fire." Fortune

- Winter wonderland? The invisible labor that often falls to women multiplies around the holidays, from planning special meals to buying and wrapping gifts. Women reflect on how they're feeling about those tasks during an emotional holiday season. The 19th*

- Court case. FDA v. American College of Obstetricians and Gynecologists is back in front of the Supreme Court for a second time—and this time Justice Amy Coney Barrett is on the Court to hear it. The case is about access to medication abortion during the pandemic. Vox

- Hill's Hollywood. Anita Hill's Hollywood Commission for Eliminating Sexual Harassment and Advancing Equality issued its final report on the industry's culture. Less than half of the 10,000 people surveyed believe that the entertainment industry really values diversity and inclusion. Variety

‘There simply isn’t the trust’: The fight to overcome vaccine skepticism in the Black community Fortune