Vise, a company founded by two high school graduates, raises $45 million in funding with Sequoia at the helm 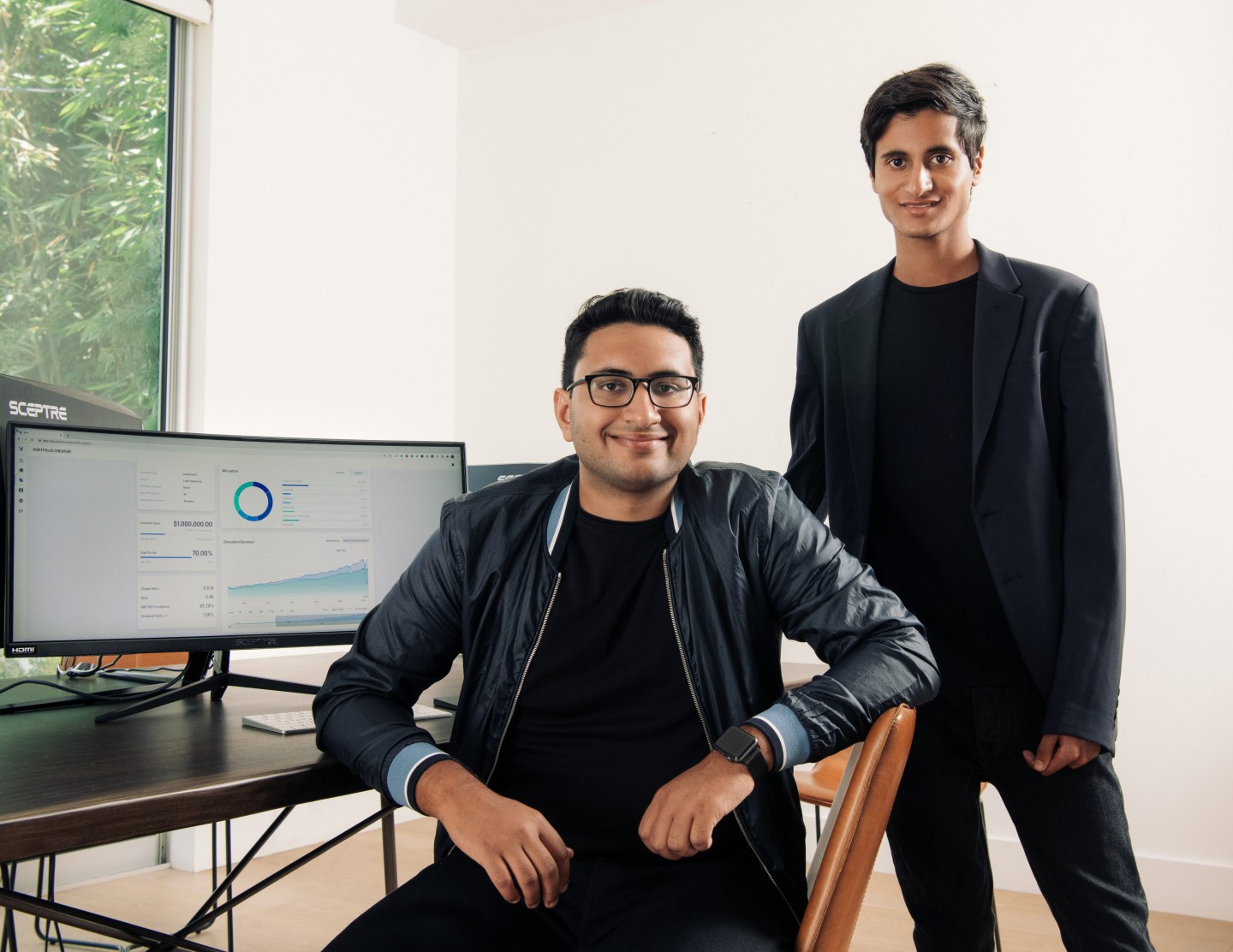 So-called robo-advisers may be all the rage, but Sequoia Capital is betting that humans will still hold a prominent place in helping people make investment decisions.

On Tuesday, the Sand Hill Road firm led a $45 million Series B round of funding in Vise, a startup that seeks to automate time-consuming tasks for independent investment advisers while also creating individualized portfolios for their clients with the help of A.I.

Founded roughly four year ago by Samir Vasavada and Runik Mehrotra, now both 20, the company that raised its Series A round just some seven months ago is preparing once again to bulk up amid continued growth through the pandemic. Now with about 50 employees, the company hopes to hire another 50 by early next year. Investors in the December round also include Allen & Company, Greenoaks Capital, Creative Artists Agency cofounder Michael Ovitz, and Nikesh Arora, CEO of Palo Alto Networks.

The Vise team says that by using A.I. and data from financial providers such as Bloomberg, it can help create tailored portfolios for clients of investment advisers who, for example, specifically seek a portfolio that is environmentally friendly or one that is over-indexed on female CEOs. Then the human adviser can help personalize it even further.

“The thesis is that we believe humans are the future of advisories, and we believe that A.I. should help them,” said Ravi Gupta, the partner at Sequoia who led this round.

Vise gets its revenue from taking a 0.5% fee on assets that run through its platform. That raises the question: Doesn’t that model put Vise indirectly in competition with robo-advisers or stock-picking apps like Sequoia portfolio company Robinhood that are also seeking to get the same investment dollars in the end?

Gupta says he believes Robinhood is serving a different part of the market compared to those who already have an investment adviser and that the two can coexist.

“We don’t see Robinhood as a competitor. We think Robinhood is thriving and will continue to thrive,” says Gupta, adding customers of investment advisers tend to skew older while Robinhood’s users tend to be millennials.

While the company and Sequoia both declined to give numbers on its valuation, both say the new capital pushes that figure up. They also declined to share numbers on the firm’s revenue growth, but a Vise spokesperson says the amount its clients manage through the startup, upon which it bases its revenue, has grown 50% monthly since May.

And Gupta pointed to recent starry additions to the team as a positive sign. A former chief compliance officer of BlackRock’s Digital Wealth division, Shah Hafiz, was recently named chief compliance officer. The former director of product at point-of-sale lending startup Affirm, Niki Sri-Kumar, also joined as vice president of product. Meanwhile, two former SEC commissioners, Troy Paredes and Joe Grundfest, joined the company’s advisory board. (Sequoia will have two board seats at the company, held by Gupta, who focuses on later-stage investments, and Sequoia partner Shaun Maguire, whose concentration is on investing in early-stage companies.)

By age alone, it’s a stark contrast to the two founders. Now both 20 years old, the duo had their start as consultants while they were teenage best friends, earning hundreds of dollars an hour by teaching large financial institutions about A.I.

Following the entrepreneur route, now-CEO Vasavada graduated high school early, moved to San Francisco, and eschewed college altogether. Under pressure from his family, Mehrotra, on the other hand, enrolled at the University of Pennsylvania. Through it all, the duo were still working on an early version of Vise.

But it soon became clear long-distance wasn’t ideal. So Vasavada flew across the country and slept on the floor of Mehrotra’s dorm room in late 2018, hatching a plan to convince the latter’s family that a startup could work. Mehrotra’s family countered with a condition they believed to be impossible: Raise at least $1 million from investors. Vasavada and Mehrotra raised $2 million that year in a round led by Keith Rabois at Founders Fund and Ben Ling at Bling Capital. And while Mehrotra still gets a call “every now and then” from family members testing his resolve, the now chief investment officer of the company says he has no plans to return to school for now. With the company’s growth, “it doesn’t make much sense,” he says.

Correction, Dec. 15, 2020: A previous version of this story misstated the year of the company’s founding.