Why business must help end ‘period poverty’ for women in America 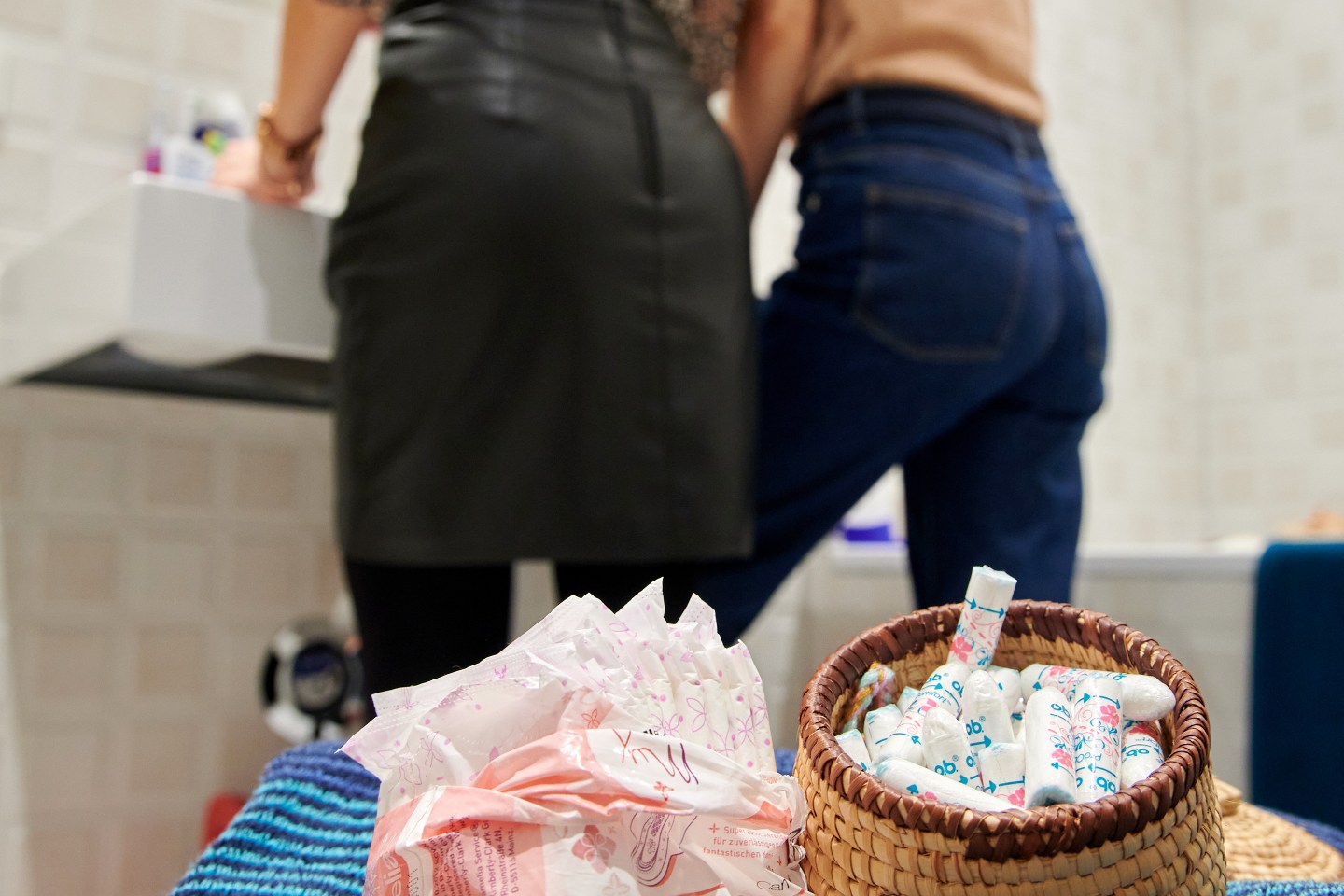 Scotland made history last month when its parliament passed a law that gives women a legal right to sufficient sanitary supplies. Because women have a human right to stay clean and feel their inherent dignity, public institutions will provide necessary supplies for women who request them.

Scotland’s innovation is great and will hopefully motivate other countries to follow suit. But we shouldn’t discount the potential of private sector businesses to solve the problem of menstrual equity.

The U.S. is almost as bad as a third-world country when it comes to “period poverty”—the collective term used to describe the inability to afford or procure sanitary supplies. It’s an alluring term for movement-building and capitalizing on people’s outrage, but it makes it seem like the issue of free supplies will benefit only the women who live and exist in poverty themselves.

But that’s not always what period poverty is about. Much of it is about not having what you need when you need it.

A full 86% of women’s periods start in public, when they don’t have a tampon or a pad, according to the Free the Tampons movement. Almost all of them—79%—fashion a makeshift tampon or maxi pad out of toilet paper. In lieu of—or maybe in addition to—that, 62% left wherever they were to go to a store and buy one and 34% went home to get one.

No one has quantified the loss of productivity from this, but it’s significant and enduring. It happens to many women once a month. Considering that 71% of nonfarm payroll employees work for private companies, unlimited tampons in public places may not always help.

This isn’t limited just to adults. During good times, one in five American girls miss school because of menstrual complications, like not feeling confident that they won’t stain their clothes. School closings during the pandemic have curtailed access to needed supplies.

Of course, period poverty also encompasses people who can’t afford these products, a significant population itself. In a 2019 study of low-income women, almost two-thirds of respondents reported not being able to afford the products they needed in the last year. Also, the researchers admitted that they only studied women already receiving services, so this is probably an underestimation of need.

Businesses provide soap, paper towels, water, and toilet paper to customers and employees who use their restrooms without charge—and without second thought. Yet the same isn’t true for tampons and pads, even though they’re just as necessary for cleanliness.

Any cost could easily slide into existing budgets for bathroom supplies, and free distribution would hardly break the bank. It costs between $5 and $7 per person for a company to provide tampons. There’s a one-time cost for boxes or other dispensing devices, but even those aren’t necessary. A cardboard box of supplies would suffice in many places.

Not only is the cost of the supplies far from prohibitive, but when considered in light of the productivity protections they provide, free supplies actually benefit bottom lines. In 2015, the University of Iowa decided to distribute free supplies—rather than charging for them through vending machines in bathrooms—when the school realized it would spend $29,000 less every year in administrative costs.

Private businesses may need to lead on this issue. In the U.S., we see this as a public function, but many of the government efforts to reduce period poverty haven’t been as effective as hoped.

For instance, some blame menstrual inequity on the tampon tax—the fact that state and local governments consider tampons and pads to be luxury items and therefore taxable. But that’s a red herring. Eliminating the tax would be wise and fair, but it wouldn’t make the products affordable enough to solve the problem of period poverty.

Twelve states and the federal Bureau of Prisons have agreed to supply incarcerated women with sufficient tampons and pads for free; a bill is pending in two more states. The federal rule came from the Dignity for Incarcerated Women Act—a bill Vice President-elect Kamala Harris cosponsored in the Senate. That bill didn’t pass on its own, but the provisions for free supplies for women in federal prisons was woven into the First Step Act, which became law in 2018. The problem is that guards and other gatekeepers frustrate these policies with their insistence on maintaining the power imbalances that a lack of pads or tampons creates.

Even if the U.S. were to pass a law like Scotland’s—which is doubtful, given that New York Rep. Grace Meng has put forward proposals for real change, including the Menstrual Equity for All Act, but her proposed bills haven’t left committee to be considered by the entire Congress—Scotland’s solution has its wrinkles, like lack of clarity on which locations will make these products available for free. The law specifies “schools, colleges, universities, and all other public buildings,” but it’s not clear if one could leave work, walk into a government building, and ask for Tampax.

That’s not to say that nothing can be done; Congress took a step toward rectifying the vagaries around menstruation supplies this year. The CARES Act classifies menstrual products as medical expenses, allowing consumers to use Health Savings Accounts to pay for them. It is progress in that it identifies tampons and pads as medical necessities. But the provision does little to solve the issue of sudden lack of access to supplies, which is the core of period poverty.

Ultimately, period politics are about power. The reason Scotland’s new law might work is that it gives power to menstruators.

But the responsibility of getting pads and tampons into women’s and girls’ hands will often land in the laps of private businesses. It’s not a duty they should shirk. Supplying free tampons and pads will benefit them—and  everyone else.

Chandra Bozelko is a syndicated columnist, a facilitator at the OpEd Project, and a contributor to the Palgrave Handbook of Critical Menstrual Studies.