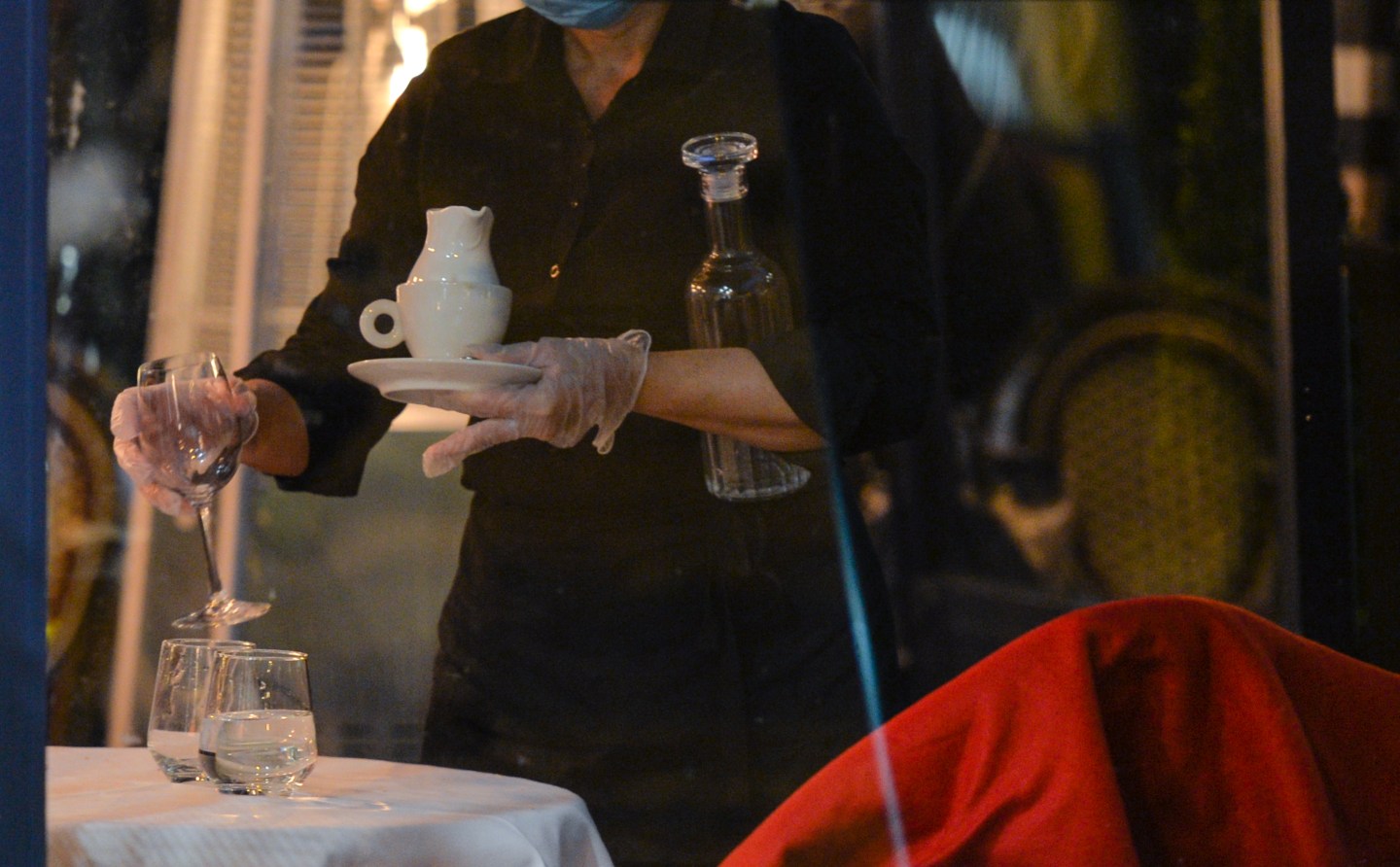 – The customer is not always right. With New York City seemingly headed toward a halt to indoor dining amid spiking COVID numbers, the plight of restaurants and restaurant workers has been on my mind.

But while much of the pressure on restaurant employees is coming from the virus—a biological force with no conscience or empathy—what’s really appalling, according to a new report from One Fair Wage, is that strain is being amplified by other humans, who should be fully capable of both.

This NPR story notes that One Fair Wage found that “more than 80% of workers are seeing a decline in tips and over 40% say they’re facing an increase in sexual harassment from customers.” The group even called their report, “Take Off Your Mask So I Know How Much to Tip You,” after one of the comments a worker says she received from a customer. Sixty percent of 1,600 restaurant employees surveyed also said they feel unable to enforce social distancing and masking rules among the customers they depend on for tips.

Ugh. There’s so much to unpack here, from customers’ blatant disregard for their servers’ safety, to the gender dynamics of having to display your body for tips, to an industry that requires workers to submit to such sexist—and now physically perilous!—behavior in order to earn a living wage.

Certainly, COVID-19 has exposed many problems with the current structure of the U.S restaurant business, including its reliance on ultra low wages bolstered by tips. Providing workers with a fair hourly wage certainly seems like a sensible step to take, though I’ll leave that debate to people with far more knowledge of the industry than I possess. What’s clear is the current set-up isn’t working—and that the female workers on the front lines, dealing with aggressive, entitled customers, are bearing an unfair and dangerous share of the dysfunction.

- Money moves. Shemara Wikramanayake is the most powerful woman in Australian finance as the CEO of Macquarie. One of her first major moves in the role is the $1.7 billion acquisition of American asset manager Waddell & Reed. Bloomberg

- Bold action. Do we need a Marshall Plan for Moms? Girls Who Code founder Reshma Saujani proposes the idea, which she argues should include a $2,400 monthly check to women who support society with unpaid caregiving and domestic labor. The Hill

- Bezos counts down. Jeff Bezos plans to send the first woman to the moon in 2024 in his company Blue Origin's BE-7 engine. The Amazon founder posted a video of an engine test, noting his planned milestone. CNN

- Economic advisers. Learn more about the team that will advise President-elect Joe Biden on the economy, including Treasury Secretary nominee Janet Yellen; Cecilia Rouse, Biden's choice as chair of the Council of Economic Advisers; and Neera Tanden, Biden's pick for the Office of Management and Budget. Fortune

- The fight for freedom of speech. Maria Ressa, the Filipino journalist who faced a crackdown from President Rodrigo Duterte, writes about continuing to do her job while faced with nine warrants for her arrest. Ressa says she is fighting not only Duterte, but Mark Zuckerberg, as she's countered disinformation on Facebook in the Philippines. Financial Times

- Party politics. Scotland's First Minister Nicola Sturgeon is expected to face growing challenges to her leadership from within the Scottish National Party. About 20 people elected to the party's national executive committee last week are critical of Sturgeon. Guardian

- Surprise, surprise. Shares of Stitch Fix, the personalized styling company run by CEO Katrina Lake, got a shot in the arm Monday from quarterly results that beat analyst expectations. The company reported a surprise profit and revenue growth of 10% from the same period last year, which sent shares soaring some 33% in after-hours trading. CNBC

Motherhood in America is a multilevel marketing scheme Gen

“I feel so privileged to be the first person vaccinated against COVID-19. It means I can finally look forward to spending time with my family and friends in the New Year after being on my own for most of the year.”

-Margaret Keenan, 91 of Britain, who was the first person in the world to receive an authorized, fully-tested vaccine on Tuesday. Nurse May Parsons administered it.