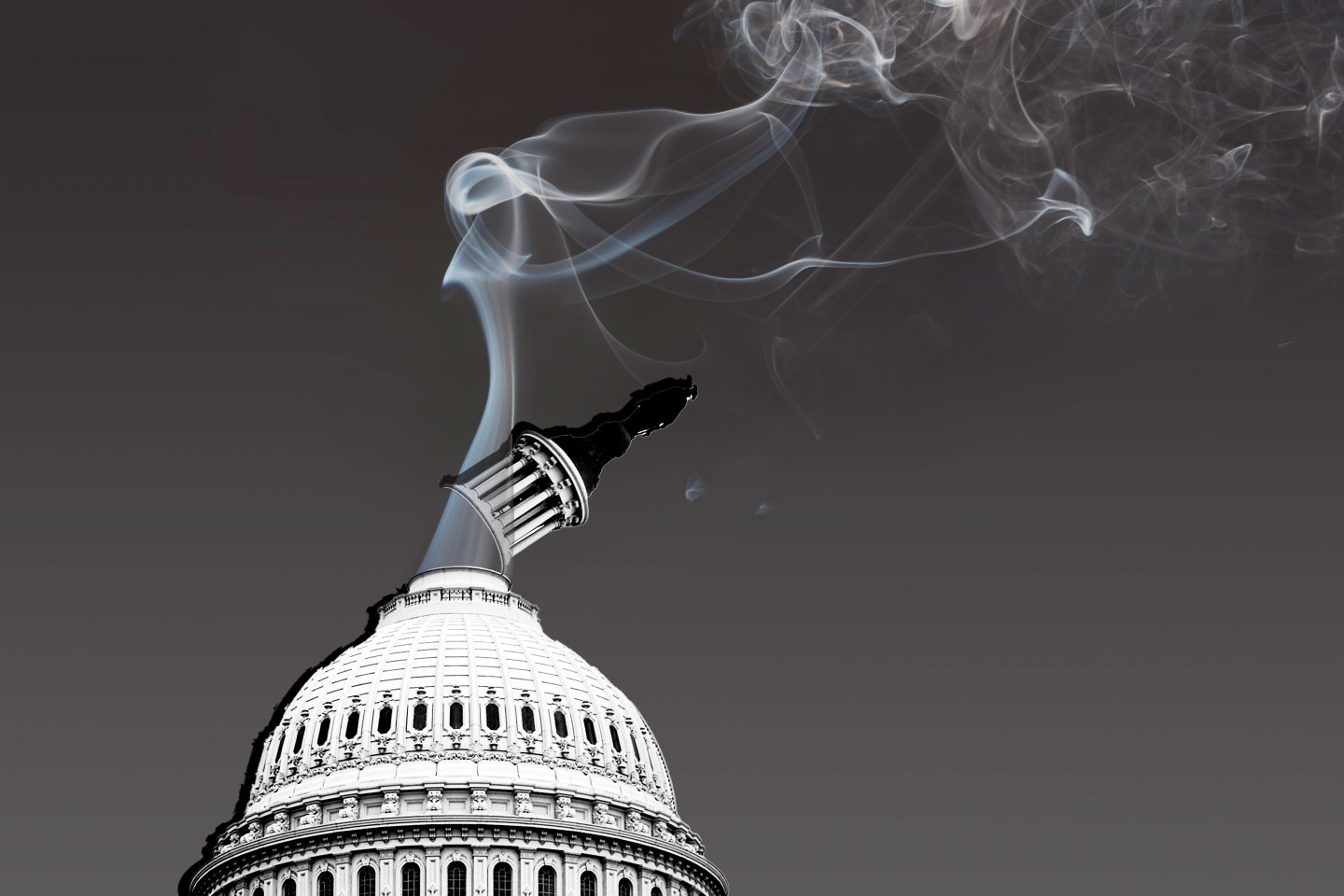 Recent bipartisan momentum for marijuana legalization could culminate in a vote on the MORE Act this week.
Photo-Illustration by Fortune; Original images: Getty Images

Over the course of 2020, Congress has at times acted quickly to stop the hemorrhaging of American jobs lost to the pandemic fallout. And at other times, including now, Congress has fiddled over the contents of massive relief packages. One thing is certain: As cases continue to surge nationwide, American families facing grave uncertainty have found little relief.

Meanwhile, for minorities, particularly hard-hit by the pandemic both in terms of health and economics, the long-simmering and systemic scourge of racial inequality has erupted into nationwide demonstrations. Millions of Americans have marched in the streets for social justice, despite our dual public health and economic crises, risking personal health as cases surge.

The new Congress, and the incoming Biden-Harris administration, certainly have a lot to consider. But there’s one move they could make that could address America’s economic and social problems simultaneously: the legalization of cannabis.

While federal legalization of cannabis may seem like an unexpected solution to many Americans, recent bipartisan momentum for legalization is pushing toward a vote to repeal this outdated prohibition in the lame-duck session this month. The legislation has newly influential support, too: Vice President–elect Kamala Harris was an original sponsor of the legislation in the Senate.

The bill—the Marijuana Opportunity, Reinvestment, and Expungement (MORE) Act—would address critical social justice elements, including decriminalizing cannabis and providing for expungement of certain long-outdated cannabis offenses that have disproportionately affected minority communities for decades. This would be a major departure from the antiquated “War on Drugs” model, which led to skyrocketing incarceration rates among minorities, especially in the Black community, whose members are more than three times as likely to be arrested for possession as whites.

But the MORE Act does more—alleviating economic pressure, too. The bill would establish a federal excise tax, creating a tremendous amount of new revenue annually for the U.S. Treasury. The bill also resolves the disconnect between outmoded federal cannabis policy and the varying degrees of legalization already enacted by 36 states and even Washington, D.C.—the very seat of Congress.

Marijuana activists hold up a 51-foot inflatable joint during a pro-legalization rally at the U.S. Capitol in 2019.
Caroline Brehman—CQ-Roll Call, Inc via Getty Images

As Americans stare into the threat of a deep recession, it’s no surprise lawmakers are looking to Depression-era policies to steer the economy out of its nosedive. Historians note that repealing the prohibition of alcohol, in the 1930s, was an economic catalyst that created hundreds of thousands of jobs and generated the equivalent of billions in tax revenues. What’s lesser known is that the move was also an act of social justice. It halted a disastrous law enforcement experiment, which, among other things, unleashed the Ku Klux Klan to perpetuate state-sanctioned violence against people of color who had the temerity to partake in a simple drink.

There are legitimate reasons to repeat the history of repeal, now with cannabis—especially after policymakers have deemed dispensaries essential in state after state. It is estimated that the sale of recreational cannabis, if legalized in all 50 states today, would generate more than $175.8 billion through 2025 in federal sales, business, and payroll taxes, and would add nearly 1.6 million jobs by 2026.

Obviously, the new revenues would help offset critical relief spending, the price tag for which already stretches into the trillions. But bringing existing bootleg sales into the light also would wrap cannabis workers in the fold of employment law, including increasing their likelihood of getting health care coverage. And consumers would be protected by quality controls in a tightly regulated market. Truly, cannabis should never have been classified as a Schedule I banned substance in the first place. It has neither the addictive properties nor the lack of medicinal value that such categorization demands. Ulterior, racist motives contributed to the outlawing of cannabis as far back as 1937.

The time has come for change.

Our vision at Canopy Growth is to offer a remarkably safe product to adults to consume in a responsible manner while investing in the communities where we operate. As we expand in the U.S., we are committed to helping regulators ensure safe and effective standards as we have done in countless other countries.

For now, as Americans grapple with how best to dismantle systemic racism in the midst of an economic crisis, cool heads in Congress are looking in the right direction—to the past. Putting forward this critical, commonsense legislation would in one swoop create an anchor of social justice reform, while also delivering a much-needed new source of revenue.

David Culver is the U.S. vice president of government relations at Canopy Growth Corporation, a leading cannabis-producing company based in Canada.