Don’t forget the other virus: How to keep COVID from reversing progress on AIDS 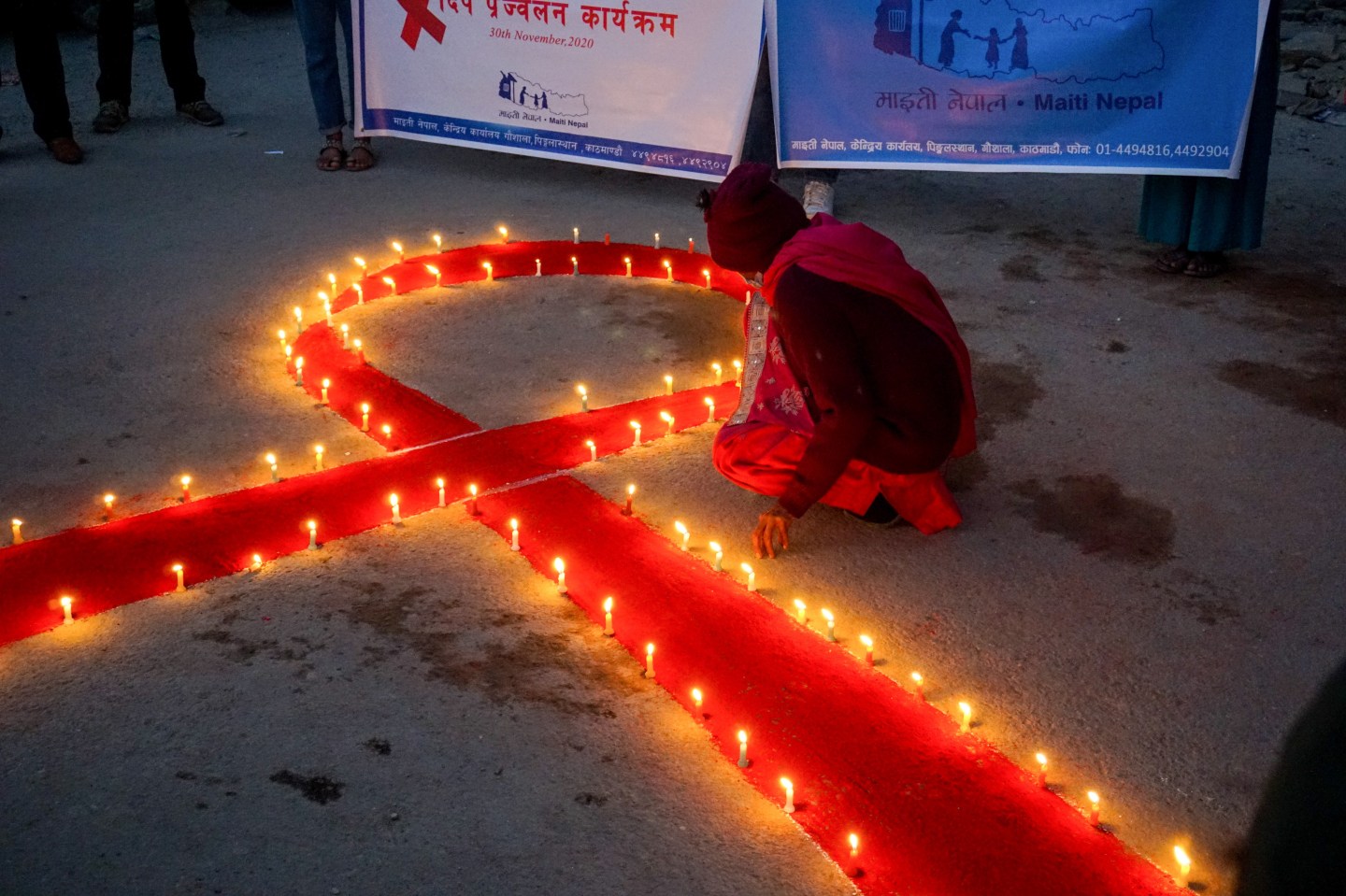 Yoram Siame is looking at the canary in the coal mine. A senior leader with CHAZ (Churches Health Association of Zambia), Yoram and his team have spent decades providing young women and girls with HIV/AIDS education and prevention options, and ensuring that HIV-positive pregnant women have access to a drug that blocks the transmission of the virus to their unborn babies. But since March, Yoram has noticed that fewer people are coming to CHAZ’s clinics, out of fear of catching the coronavirus. Many are delaying their visits until they are severely ill, making the risk of infection, or even death, much greater.

Talking about AIDS in the middle of the still-unchecked coronavirus pandemic may seem out of tune. But even as we fight this latest virus, we can’t lose sight of another—one that still infects 1.7 million people each year. The world has made stunning progress in the fight against AIDS, as well as against TB and malaria—but that progress is at risk if we lose our focus and resources dwindle.

As we mark World AIDS Day this week, the alarm bells ringing in Zambia are going off all over the world. A recent survey by the Global Fund to Fight AIDS, Tuberculosis, and Malaria finds that 80% of HIV programs are currently facing moderate to very high disruptions due to the coronavirus; the organization estimates that more than half a million people could lose their lives by the end of next year as a result.

AIDS has been stealing lives and stalling economic progress in many countries for more than 30 years. As with most viruses, everyone is at risk, but that risk is not equally shared. In the U.S., for example, HIV/AIDS disproportionately impacts Black Americans, who make up 12% of the U.S. population but 43% of new HIV infections, according to the Kaiser Family Foundation. In sub-Saharan Africa, which continues to have the highest rates of HIV infection globally, it is young women who face the greatest risk, with double the infection rate of young men. Poverty, inequality, gender discrimination, and social stigma are the powerful forces driving these disparities, but they are challenges to be overcome, not roadblocks.

Almost 33 million people have died from AIDS-related illnesses since 1981, but with lifesaving ARV medication now costing just 20¢ a day, most people with HIV can live long, healthy lives. The challenge is to get more treatment to more people. The number of people we’re reaching is up, with over 25 million on treatment as of 2019 compared with 6.4 million in 2009. And we’ve also learned that treating HIV-positive people stems the spread of the disease. The fact is that we know how to defeat this epidemic, and the world is gaining ground against the virus, but it is equally true that we’re at risk of losing that ground if we don’t maintain and in fact accelerate the pace of our response.

The “we” in the fight against AIDS comprises a broad coalition of governments, foundations, NGOs, multilateral organizations, and, on the front lines, health workers. One of us is (RED), an organization that launched in 2006 with a simple formula to mobilize urgently needed resources: We’d partner with private sector companies who would turn their products or services red—the color that signals the heat of an emergency—and give the proceeds to the Global Fund to Fight AIDS, Tuberculosis, and Malaria. To date, that formula has yielded over $650 million for the Global Fund. And (RED)’s latest commitment is to deliver another $150 million to the Global Fund by the end of 2022, including a $35 million commitment through 2025 by Bank of America.

We hear a lot about partnerships these days, and this is one that works. It reflects (RED)’s commitment to partner with a range of organizations to help address one of society’s biggest issues. In addition, (RED)’s sister organization, the ONE Campaign, is calling on Congress to provide $20 billion for the global response to coronavirus, including for the Global Fund to adapt HIV, TB, and malaria programs to mitigate the impact of coronavirus by training and protecting health workers, reinforcing health systems to prevent collapse, and responding to the coronavirus itself. For decades, Congress has acted on a strong bipartisan consensus that America should lead the fight against AIDS, and it now needs to protect decades of investment while enabling the world to fight two viruses at the same time.

Existential threats like coronavirus and AIDS will not be conquered by any one sector alone, and collaboration is vital. Governments have the biggest role to play, urged on by their citizens and advocacy groups like ONE. But corporations also have the responsibility to help—by providing financial support, expertise, and the power of their global reach.

Many people think AIDS is “old news” and not the present danger that it is for millions of people around the world. We need to turn up the heat on the fight against AIDS, even as we battle another pandemic. But to cut through the cacophony of news that bombards us daily, we need more companies to sign up and more megaphones to alert the world to that canary in the coal mine. The early AIDS activists said that Silence = Death, and they were right. The iconic red ribbon that symbolizes AIDS cannot now be allowed to become a white flag of surrender.

Anne Finucane is vice chairman of Bank of America, and chairman of the board, Bank of America Europe. She leads the company’s environmental, social, governance, and public policy strategy. Gayle E. Smith, former administrator of USAID, is president and CEO of the ONE Campaign. Follow them: @GayleSmith; Linkedin.com/in/AnneFinucane