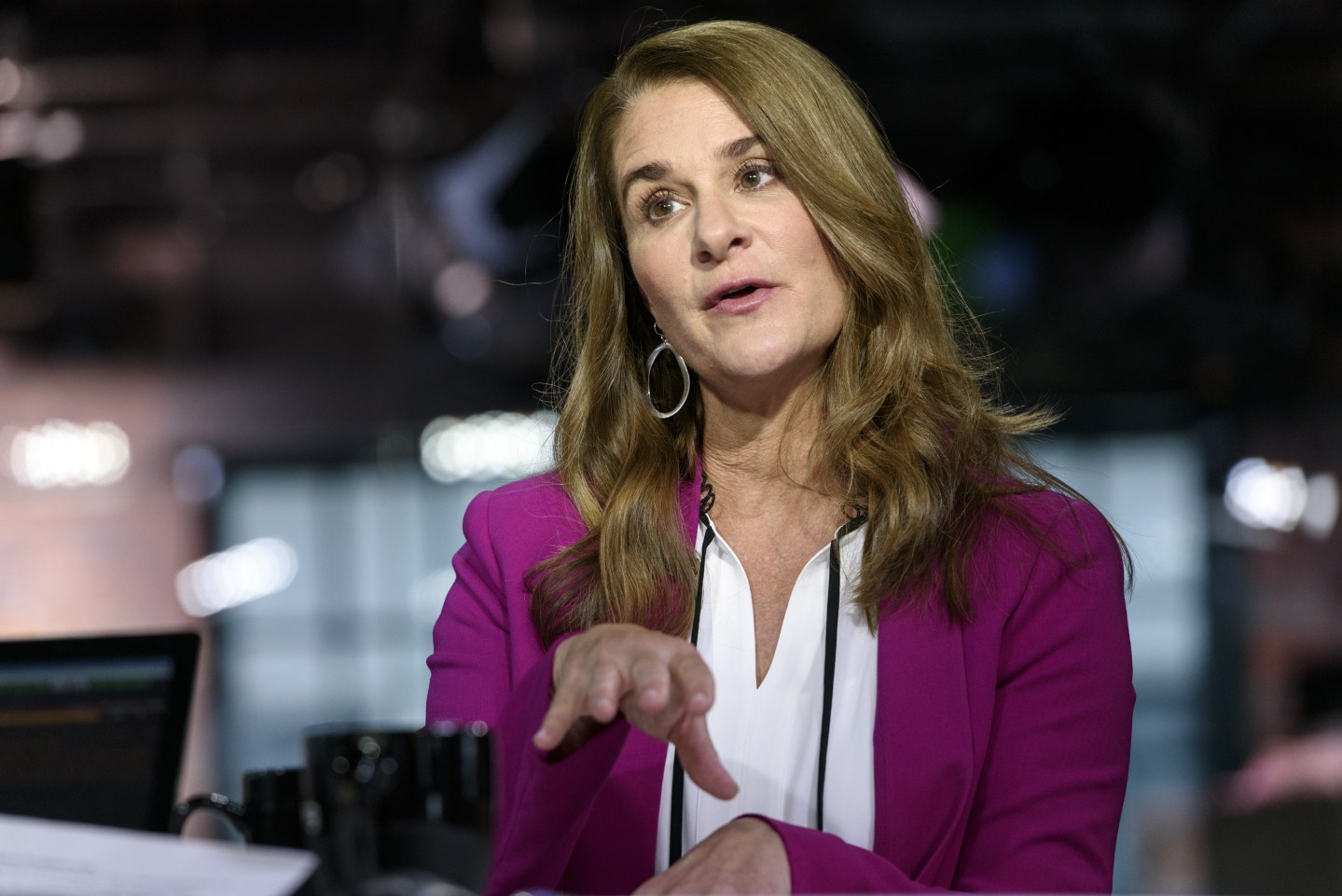 Melinda Gates' Pivotal Ventures is among the firms investing in All Raise.

Good morning, Broadsheet readers! GM slams the brakes on its Nikola deal, Nasdaq takes action on board diversity, and All Raise raises $11 million for its mission to overhaul Silicon Valley. Have a lovely Tuesday.

– All Raise raises. All Raise, the nonprofit led by CEO Pam Kostka, has raised $11 million to bring it closer to goal of bringing equality to the tech world.

The group, which is just two years old, has already made important strides in that direction. As this New York Times story by former Fortune-ite Erin Griffith points out, during that brief span All Raise has grown to 20,000 members and played a significant role in increasing the number of female investors in the venture industry—women now account for 13% of the field, up from 9% when All Raise was founded. I imagine those stats were one of the reasons Melinda Gates’ Pivotal Ventures, the Reid Hoffman Foundation, and GGV Capital decided to invest.

But the Times also lays out just how large the group’s challenge remains: the majority of VC firms still have zero female investing partners, the share of funding going to women-founded companies has actually fallen amid the pandemic, and—this one was new to me—the number of female founders who say they’ve experienced some form of sexual harassment has actually increased, according to a recent survey from Women Who Tech. And that’s before you even dive into how poorly the industry has fared in terms of hiring and funding women of color.

One reason change has been so painfully slow is pithily summed up by Emily Kramer, a former Carta executive who sued the company for wrongful termination and unequal pay (The company says it has been an advocate for gender equity): “People in power do not want to give up power.”

That’s a truism 2020 has made abundantly clear. And it’s a big part of what has made All Raise successful. The organization isn’t a group of outsiders pushing for Silicon Valley to mend its ways. Rather, it was founded by—and has since grown to include more of—the industry’s own, who know first hand what it is up against. So, for those who still refuse to release their stranglehold on tech industry power, this new round of funding comes like that classic scary movie reveal: the call is coming from inside the house.

- No diversity data? Delisted. Pushing for diversity via another avenue is Nasdaq, led by CEO Adena Friedman. The exchange will ask the SEC for permission to introduce a new requirement making sure listed companies have at least one board director who is a woman and one who identifies as either an unrepresented minority or LGBTQ. Nasdaq's 3,249 listed companies will also be required to report data on board diversity—and if they don't, could be delisted. New York Times

- Slamming the brakes. GM, led by CEO Mary Barra, and electric truck maker Nikola announced a landmark deal in September. But after a report of fraud at Nikola, which the company disputed, GM is scaling back its involvement. The automaker will no longer take an 11% equity stake nor will it produce Nikola's Badger pickup. Fortune

- Stock picker. What stocks should you bet on ahead of a potential economic recovery post-COVID? Katie Koch, cohead of fundamental equity at Goldman Sachs Asset Management, is bullish on millennials' interest in experiences over things—and pent-up demand for travel and entertainment. Fortune

- One smart cookie. Dawn Davis took over Bon Appétit as the magazine tries to recover from a difficult period, including how it has treated its writers and contributors of color. Friends and industry peers expect Davis's Bon Appétit to be "dramatically more inclusive." CNN

- Go team! The NCAA bars college athletes from making money—but cheerleading isn't governed by the association. So while college basketball and football stars may go on to sign lucrative professional contracts, cheerleaders are signing endorsement deals while still on their college squads. New York Times

- Death row deadline. Lisa Montgomery is the lone woman on federal death row, still scheduled to be executed after Dec. 31. Her case, though—Montgomery, who suffers from serious mental health issues, was convicted of federal kidnapping resulting in death—is attracting growing attention from criminal justice advocates. Some hope to delay the case until the Biden administration, which is less likely to pursue federal death row cases, takes office.

- Fairy-tale wedding? Princess Mako of Japan has been engaged to her boyfriend since 2017—a coupling that has sparked strong interest and complications because her fiancé, Kei Komuro, is a commoner. The princess's father, Crown Prince Akishino, said this week that he approves of the wedding, but implied that an official ceremony is unlikely because of public opposition to the union. New York Times

The dangerous legacy of white male America The Cut

"We have a right to walk in the park."

-Actor Laverne Cox, who said on Instagram that she and her friend suffered a transphobic attack in Los Angeles's Griffith Park