Swing states, COVID, and the Electoral College: Why Trump’s odds of winning are better than they seem 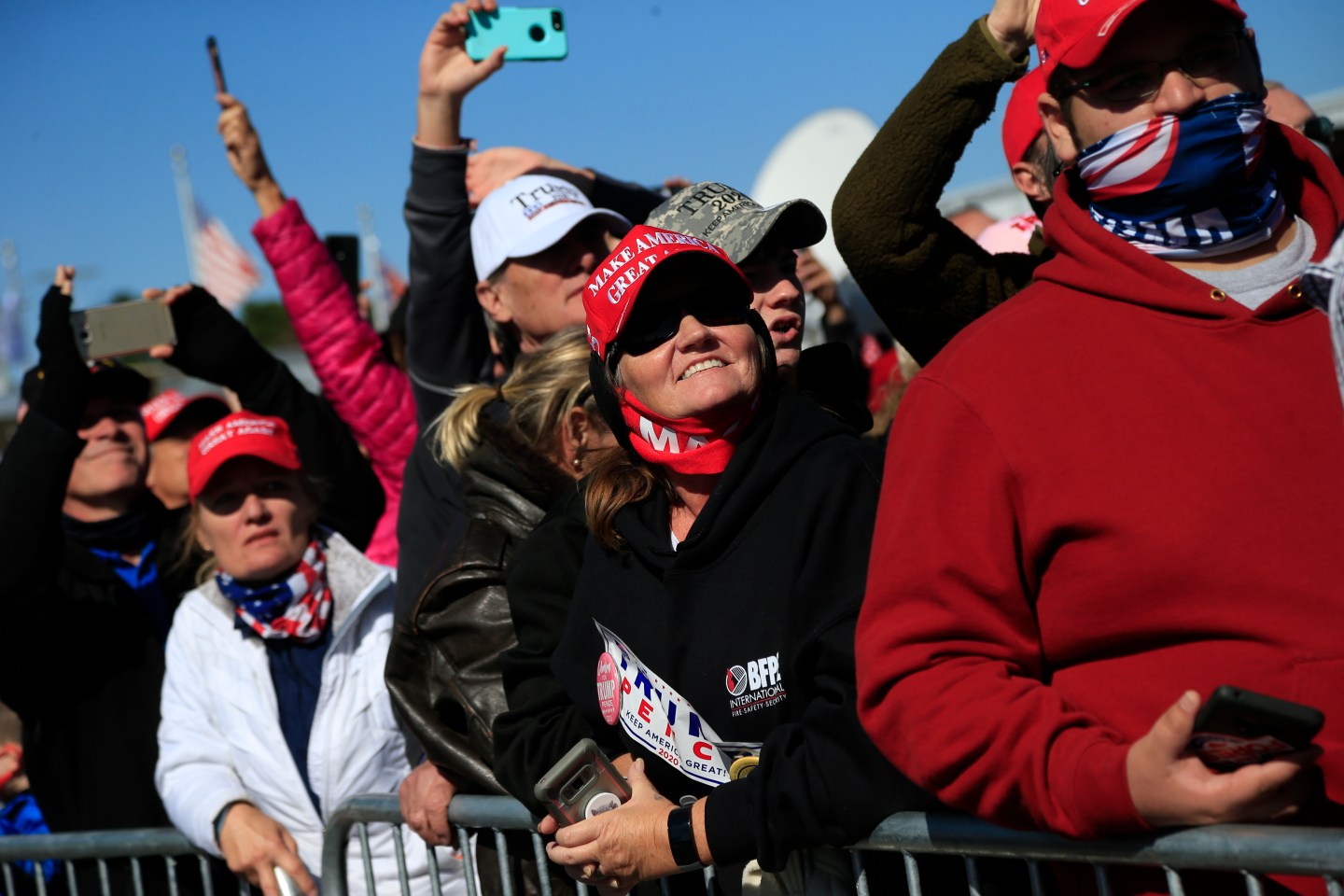 Joe Biden has maintained a relatively consistent and significant lead over President Trump in the polls in the past several months, but races have a tendency to change shape quickly in the final days. And in a year like 2020, where COVID-19 is driving specific voting behaviors on each side, anything can happen.

I direct the IBD/TIPP Presidential Tracking poll, which was one of the only national polls to accurately predict that Donald Trump would win the presidency in 2016, and in analyzing all of the 2020 data, I believe this year’s race remains too close to call. Let me explain why.

The importance of swing states

To date, Biden’s substantial lead comes from blue states, but, as the Democratic candidate, he should be expected to win these states. Relying on this margin obfuscates the real race being fought—that in the swing states. If we look at what’s going on in battleground areas, there is a possibility that we could see the largest gap between the popular vote and the Electoral College in U.S. history.

Although it appears Trump has little chance of capturing the popular vote at this point, Biden leads in swing states by just 7.8 points. If Trump manages to run the table, it wouldn’t be completely shocking to see him reelected.

A Trump win in 2020 would mark the third time in the past six presidential election cycles that the popular vote failed to elect the President of the United States. The commonality in these cases is that it would be a Republican who lost the popular vote but won the presidency—Al Gore vs. George W. Bush in 2000, Hillary Clinton vs. Trump in 2016, and potentially Joe Biden vs. Trump on Nov. 3. If a hypothetical Trump win were to happen, this would reveal a true disconnect between party politics, the Electoral College system, and the voice of the people.

Trump faces a tough road ahead to ever make it to the scenario above, but the American people still must go into the election with eyes open and consider the possibility. To get a real gut check of where the race really stands, we have to compare what’s happening specifically in swing states with what’s going on in red and blue states, as well as situate them historically.

Red states currently make up 41.7% of the popular vote. Here, according to our daily tracking poll released this morning, Trump leads by 12. Compare this lead with 2016, where he was up by 15.1, and it’s a notable decline. Looking back further, Trump is performing below Romney (+12.8), but he is ahead of McCain (+8.6).

Compare these margins to swing states, however, and you can see just how different the race starts to look. As mentioned above, Biden is currently up by 7.8 points in our latest poll in states that account for 18.4% of the popular vote. Because the swing states have a small sample compared with red and blue states in our national poll, Biden at +7.8 has a large margin of error, so we must look at the battleground state polls average in RealClearPolitics, which shows Biden +2.9. This is a reason to give pause.

COVID-19 has become a key factor in this race, affecting the performance of both candidates. If you look at blue states that have the highest death rates (defined as greater than two deaths per 1,000 registered voters), Biden sits at +13.1. This looks impressive, until you compare it with Clinton who did not have COVID to contend with in 2016, when she was up by 20.5 in these same states. Breaking it down further, Biden is also running below Clinton in blue states with the lowest COVID death rates (defined as less than one death per 1,000 registered voters), where he is up 17.8 compared with Clinton’s 20.3. Again, Biden is still up by a large margin, but it shows that COVID is having an impact on this race in its final stages.

Now consider Trump. If you look at red states with a low COVID death rate, where his supporters are most enthusiastic, he’s currently up by 5.5 points. For comparison, he was ahead by 18.4 in these same states in 2016. While Trump could potentially put a dent in the popular vote by gains in these states, this would not affect the Electoral College count.

What we really need to examine are the swing states with low death rates because they will most likely decide the election at this point. This means paying careful attention to what goes on in Minnesota, New Hampshire, Pennsylvania, and Wisconsin. Our national poll cannot accurately gauge the race here due to sample size limitations.

A few other catalysts could come into play in the waning days of the race. First, and most significantly, 10% of registered voters remain undecided. This number spikes to 14% in the swing states. Depending on which way they sway—or if some opt out of voting altogether—we could see some shifting. Additionally, Thursday’s blowout GDP report, arriving just before the election, showed that the U.S. economy grew over 30% in the third quarter. When you consider that people have historically voted with their pocketbooks, this could have an impact.

Also, Trump’s energetic campaigning style has proven to generate strong voter enthusiasm, which might draw a historic number of people to the polls, even with more than 90 million votes already cast. Further scrutiny of business deals involving Biden’s family could hurt Biden and boost Trump, as well.

There remain issues such as the surge of COVID cases and varying timelines and procedures for counting ballots. Enough small movements across all of these factors in the final hours could lead to a difference in outcomes.

So, while it may seem on the surface that Biden is a lock to become the next President of the United States, a few obstacles still exist. As such, it is simply too early to call this race.

Raghavan Mayur is president and founder of TechnoMetrica and leader of the IBD/TIPP poll.