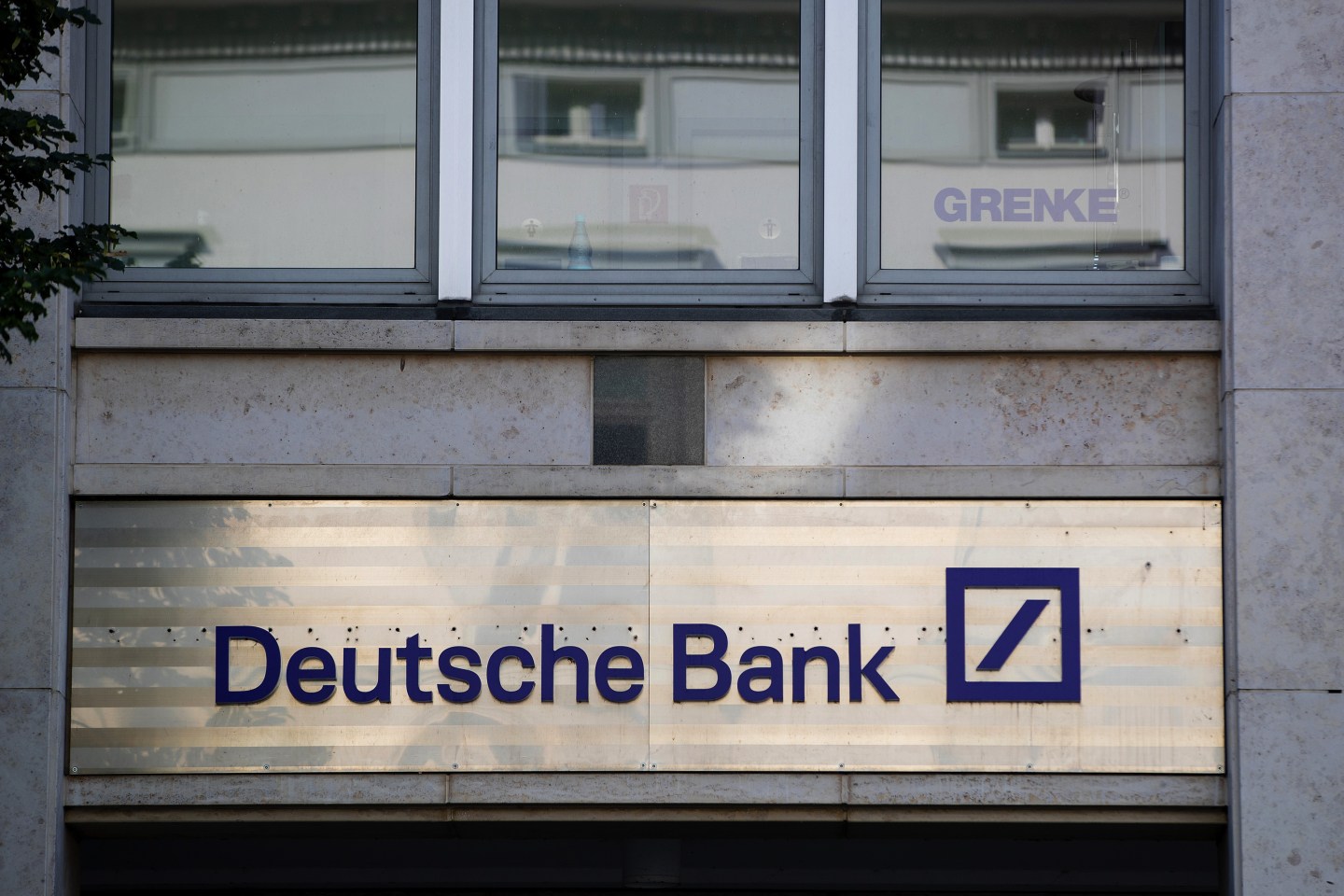 Deutsche Bank AG is planning bonus increases for top-performing investment bankers after posting a 47% rise in debt trading revenue and boosting its full-year forecast for the securities unit.

“A company like ours needs to be able to pay for competitive performance,” Chief Financial Officer James Von Moltke said in a Bloomberg Television interview on Wednesday. “It is sensible to be able to protect the franchise by being able to compensate our employees in line with our performance.”

Deutsche Bank and rivals are seeking to navigate a particularly difficult course through end-of-year pay discussions. The lender needs to ensure top staff remain motivated almost half way through a historic restructuring and during a trading boom, while avoiding the ire of regulators over bonuses after a year in which lenders benefited from unprecedented regulatory breaks.

The bank may keep the overall bonus pool little changed from last year’s €1.9 billion ($2.2 billion), according to people with knowledge of the matter. Lower headcount compared with a year earlier will allow it to compensate top performers, the people said, adding that the plans could still change materially because they haven’t yet been discussed with the European Central Bank.

The ECB has asked banks to exercise “extreme moderation” on bonuses while it’s unclear just how hard the pandemic will hit capital cushions. The watchdog also views the bumper performance by traders this year is largely being due to the generous stimulus provided by governments and central banks to fight the pandemic and therefore shouldn’t merit over-sized rewards for bankers, one person said.

The final decision on the bonus pool will also depend on performance in the fourth quarter and any estimated impact on the bank from the worsening pandemic situation, the people said. Deutsche Bank typically decides on bonuses in December and January and pays them in March.

The uncontrolled pandemic has injected huge volatility into global financial markets, setting the stage for a boom in fixed income trading that benefited Deutsche Bank and Wall Street competitors. The German lender signaled favorable trading conditions are continuing into the fourth quarter. Many banks are now grappling with the most appropriate way to reward their employees as the second wave of the pandemic takes hold.

The largest Wall Street firms have so far set aside $6 billion more for compensation and benefits this year than they did in the first nine months of 2019. But compensation ratios — the percentage of revenue banks set aside for compensation, a key measure of how they pay employees — dropped at some lenders.

UBS Group AG is overhauling its compensation structure to emphasize fixed pay and cut back on bonuses after losing bankers to rivals. It’s seeking to raise base compensation for some of its more senior employees as much as 20% while reducing variable pay, according to people with knowledge of the matter.