COVID could reinvent how we go to the movies 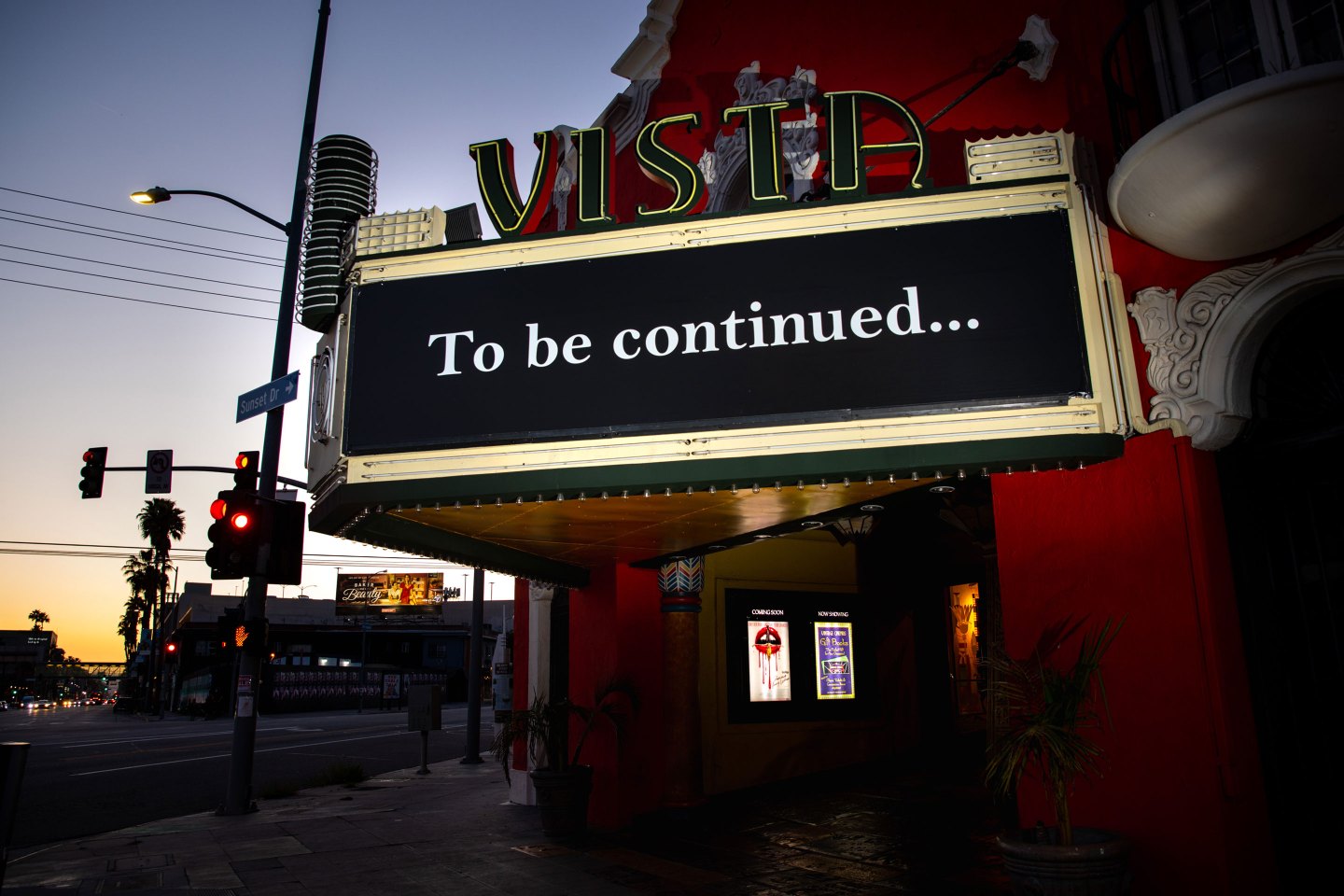 Like the shuttering of museums, concert halls, and theatrical spaces across the country during the pandemic, Cineworld’s decision last week to close all 536 Regal Cinemas in the U.S.—and furlough 40,000 employees—is at once both deeply painful and understandable. The news only got worse this week, as the largest chain, AMC Theatres, announced that it’s facing bankruptcy by the end of the year.

I’m a screenwriter, whose early experiences swept up in the power of movies (Sex, Lies, and Videotape, Do the Right Thing, and, okay fine: Dreamscape) have made me park myself in a chair for untold hours trying to reproduce it. The American way of moviegoing is long overdue for a “page one” rewrite, and I hope that these closures might serve as the inciting incident of a profound transformation in how we experience movies.

Megaplexes, designed during a blockbuster era of moviegoing, resemble airport hangars, with no discernible atmosphere or curatorial imprint, and “concessions” conceding to our worst instincts. Not surprisingly, before COVID, Regal (second in the U.S. in number of theaters only to AMC) was in desperate need to win back audiences from their dialed-in home theater sound systems and infinite streaming options. The fact that one movie getting bumped from this fall to April 2021—the next James Bond—triggered Regal’s announcement reveals the tenuous nature of megaplexes’ boom-or-bust economic model. The dinosaurs got very big before they got very dead.

The plight of chain movie theaters was already serious. The men’s bathroom at the local Regal here in upstate New York has had broken urinals and a broken water fountain since I moved here. How financially strapped—or checked out—do you have to be to let the same urinal go unrepaired for eight years?

As consumers, we’ve been going to the movies almost in spite of the movie theaters themselves. Could you imagine saying the same about a restaurant or a museum? ArcLight, IPIC, and the Alamo Drafthouse phenomenon—plush seating, food, and adult beverages at smaller-scale theaters with actual cinema programmers at the helm—point to a better future of moviegoing.

But here in New York, the current law works against exhibitors—like Ithaca’s beloved local nonprofit Cinemapolis—trying to appeal to grownups. Serving drinks requires having a full kitchen, table service, and a table for every seat where alcohol is being served. (The governor has tried twice to change the law, but it’s been stymied in the State Senate.)

In the late 1940s, the Paramount consent decrees (decided in a Supreme Court case) prohibited movie studios like Warner Bros. and MGM from also owning and operating movie theaters. This August, the Justice Department terminated the decrees, which signals that a wave of innovation might be coming. But we already can guess what it will look like. Disney accounted for 40% of the U.S. box office in 2019, and there’s no doubt it will lead the charge, remaking theaters into “attractions,” enveloping us in highly polished entertainment.

But I don’t just go to the movies to be entertained—I go to travel, discover, empathize, be challenged, and come out changed. It’s difficult to imagine brilliant, visceral Oscar-winners like Moonlight or Call Me by Your Name or The Favourite on the Disney marquee—the kinds of films that demand social viewings, in theaters, followed by rich conversations to explore their unanswered questions and provocations. It’s even more difficult to imagine those conversations happening at Disneyland’s Blue Bayou Restaurant.

There’s another model at work right now, a consequence of COVID, that might prove to be a path forward.

This week, I was supposed to be in Toronto at the Inside Out film festival, screening a new short film. But because of the pandemic, the festival had to go virtual, so instead of two weekends full of screenings, Q&As, and dinners with filmmakers, the festival released tickets to the films online. This meant that the kinds of films you might ordinarily only see at a film festival—those without distribution, or unknown actors, or simply no hype or marketing budget—were available to stream and take a risk on. I hope that highly selective and remote festivals like Sundance, Telluride, and Cannes can use these kinds of public access screenings even after the pandemic fades.

The only issue is that this smart workaround for movies misses the going part of moviegoing—and when we lose the communal aspect of watching together, we’re at risk of losing the substantial power of the art. In Aristotle’s Poetics, he argues that catharsis is the central effect of great drama—a feeling of purgation and reawakening forged from a deep link between the audience and the protagonist.

But he didn’t have the Startled Cats subreddit or my Oculus Quest to worry about. When we watch at home, when we watch with our attention scissored up by other screens, that amplitude of feeling is next to impossible, like listening to a symphony from outside the concert hall.

Movie theaters are the best environment for catharsis, but they need to respond to shifts in attitudes and taste. Movies themselves deeply reflect our culture. Theaters should as well.

Austin Bunn is a screenwriter and an associate professor in the performing and media arts department at Cornell University.