No more gimmicks: How to actually get more young people voting 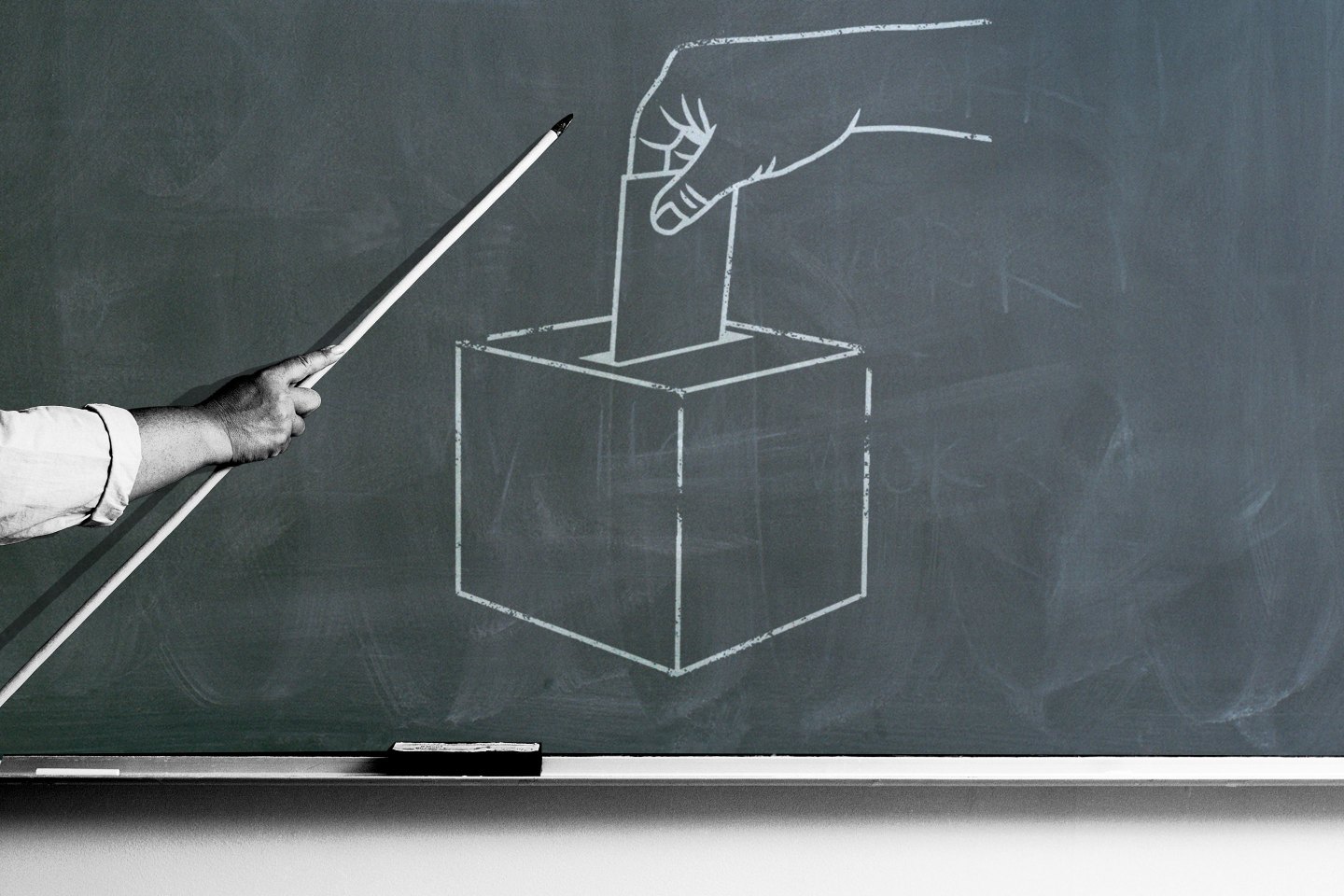 Sixty-four percent of people under 30 stayed home rather than voting in the 2018 midterms. A majority (54%) of those under 30 sat out the 2016 presidential election. That means that young adults, who have an enormous stake in public policy related to climate change, housing, policing, student loans, and the national debt, are not leveraging their voting power over policymakers on these important issues.

But it doesn’t have to be that way.

There is nothing civically wrong with people under 30. They aren’t apathetic; as many as 40% of adults under 30 marched for racial justice this summer, and marching in the streets requires more investment than simply filling out a ballot. Studies show that young Americans feel they have the power to participate and make change. So if they aren’t actually disengaged, why don’t they vote?

The explanation is pretty simple: Voting is a civic practice that we need to learn. We need to learn how to register to vote, and how to fill out and cast a ballot. We need to learn to distinguish the different offices on the ballot and the candidates running for them. Moreover, we have to take the time and make the effort to learn all of this on our own, without any external rewards.

It can take time to develop the habits and informational background that make voting easier, which helps explain why older people vote more often. (Of those over age 60, 70% voted in 2016.) As adults, being residentially stable and socially connected to our local community helps us understand the value of voting and subsidizes the informational costs of learning how and for whom to vote. Many people under 30 don’t have those advantages, and they tend to move around a lot. As they settle down, today’s young people will begin to vote at higher rates.

But nothing in voting behavior is fixed. With some effort we can increase the likelihood that today’s youth, who have so much at stake, have the voice they deserve to have. Civically engaged people of all ages can work to facilitate young people’s political participation.

Parents can have one of the biggest effects on youth turnout by modeling voting behavior, teaching kids why it’s important, and showing them how to do it.

Education may also help young adults develop those values and skills, and here, institutions can make a difference. High schools and colleges have a special responsibility to help their students engage with their civic and political communities. State social studies requirements vary widely, and many high school students graduate without taking a civics class. State and local school boards can change that if they are pressured by voters.

Universities across the country are recognizing their responsibility to foster engaged citizenship. More than 600 colleges and universities (including the University of San Diego, where I teach political science), have joined the nonpartisan All In Challenge to encourage institutional commitments to increasing student voter turnout. Students themselves are an active and critical part of this process. My own students, like student leaders all across the country, are leading the movement to take civic education more seriously.

But families and civic institutions can only do so much when policy makes it hard for young people to register and vote. Unlike most other advanced democracies, in the U.S., we make voters take the initiative to register themselves, imposing a special burden on those who move around a lot and who are just learning the system. In contrast, most countries in the democratic world make it the responsibility of the government to keep track of eligible voters and to make sure voting rolls stay clean and up to date.

Fortunately, in recent years, 17 states have moved toward automatic voter registration, where the state takes the responsibility for registering and keeping track of voters who interact with state government (usually through the motor vehicle agency). This might seem strange—but it is actually more efficient for both citizens and governments, and seems to increase voter turnout.

In the U.S., our state laws are still uneven—some are on the road to making it easier to vote, while others go out of their way to make it difficult. Uniform national policy would really help here—and Congress could require federal agencies to facilitate automatic voter registration in every state. Lowering the voting age to 16 could also help young people who don’t attend college develop civic habits while they are still in high school.

We may yet see record-high voter turnout from younger Americans this year. But to solidify those gains, citizens of all ages should pressure schools and governments at all levels to make voting more accessible to the next generation.

Casey Dominguez is professor of political science and international relations at the University of San Diego.