Spotify proves it: Europe can grow its own tech giants 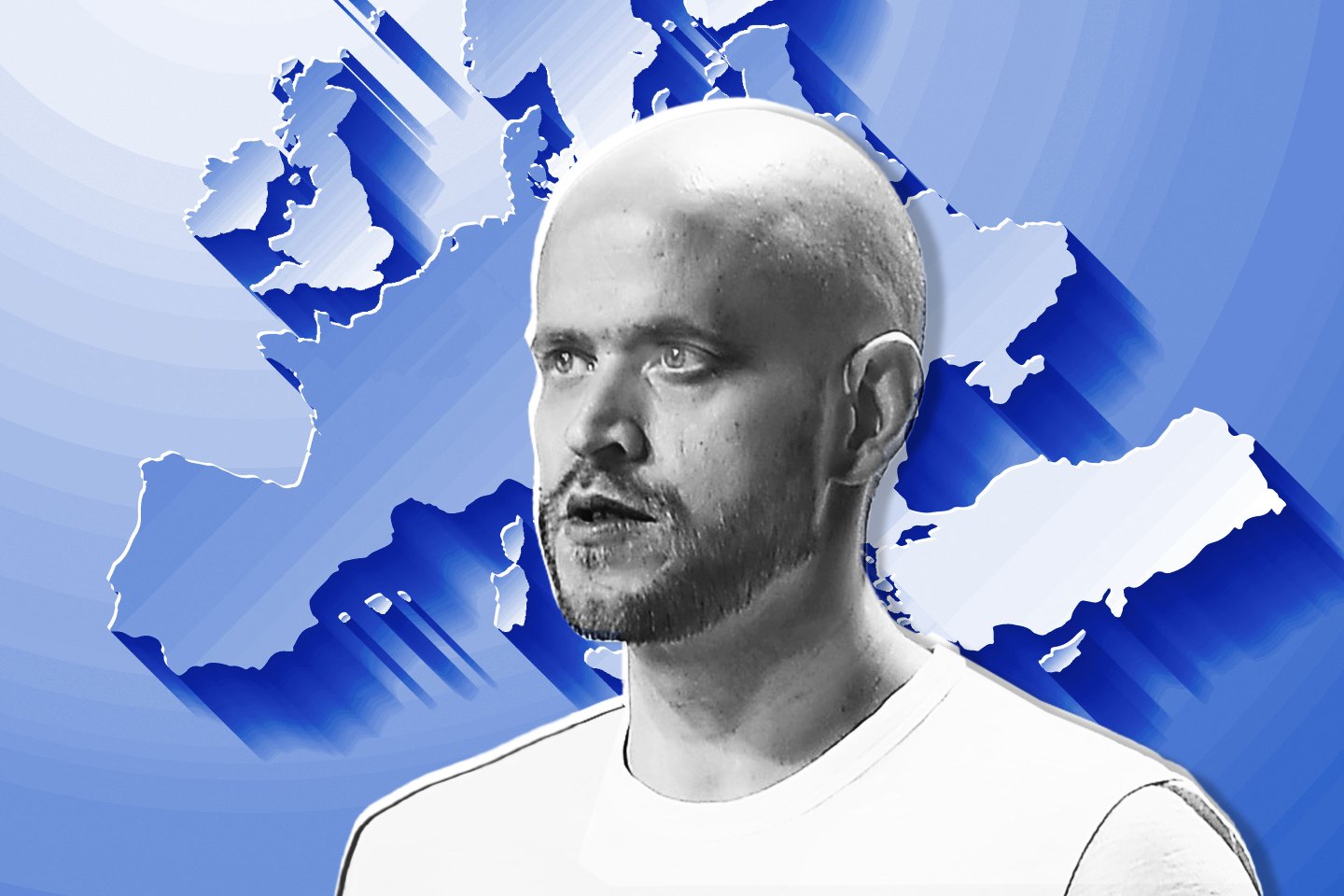 Almost daily, someone asks the question of how close we are in Europe to producing the next global tech titan. At last, it seems that aspiration is within reach.

For decades, founders in the U.S. appeared to share an unknown quality that drove incredible success and was impossible to replicate beyond the confines of Silicon Valley.

But the reality is far less magical and more practical. There is no “secret ingredient,” as such. The fact is that Europe simply didn’t have sufficient talent with experience for building large-scale startups, or investment at its fingertips, to nurture truly revolutionary tech businesses. European founders were forced to relocate to the U.S., or even to move there from the get-go in order to take on the challenge of “making it” in the world’s biggest tech market.

Now it’s a different story. In Spotify and Adyen, Europe boasts two tech giants with market capitalizations of nearly $50 billion. There’s no shortage of talent either, with Europe counting over 6 million developers to the U.S.’s 4.3 million, according to data from StackOverflow. Europe has a proven edge in sectors such as fashion, fintech, and gaming. And investment in European startups has more than doubled between 2015 and 2019, to $38.6 billion, from $15.4 billion, according to data from Dealroom.

Meanwhile, the U.S. labor market is facing its own challenges. The Trump administration’s drive to reduce immigration made the U.S. a less desirable destination for foreign workers, and demand for top talent outstrips supply. Tech salaries are sky-high, which makes it hard to keep valued employees not looking at the next offer.

As a consequence, European founders are staying in Europe longer, finding funding here, and often keeping leadership teams closer to home. In fact, research we released earlier this month as part of our guide to “Expanding to the U.S.”  shows that, between 2008 and 2014, nearly 60% of European tech businesses expanded to the States before their Series A fundraising (often moving the whole operation there)—but in 2015–19, only 33% did.

For European entrepreneurs, tackling the ultracompetitive U.S. market is still a critical step in the journey for global growth. A handful achieve unicorn status without any real presence—including iZettle, Deliveroo, and Just Eat Takeaway, all companies in which our firm has invested—but there are few product categories large enough to support this approach. The U.S. remains the greatest market for tech, especially business-to-business products; according to Gartner, spending on enterprise software in North America will be $240 billion in 2020, compared with $106 billion in Europe. American corporates are more likely to be early adopters, understanding the value of buying software from groundbreaking startups rather than buying software from established vendors.

The real difference is that a wholesale—or even partial—relocation of a company’s primary operations is no longer a prerequisite for success.

Even where the U.S. is the biggest market, a growing number of businesses are maintaining their research and development arms in Europe. “Made in Europe, sold in the U.S.” is now a bona fide way of doing business. Only 50 of the 275 European startups we analyzed that sell products in the U.S. have any R&D headcount there.

There are clear and distinct models by which European companies can perform a successful U.S. expansion. Businesses that get 15% to 30% of their revenues from the States should stay anchored to Europe, but build an autonomous sales operation stateside. This can involve tradeoffs between securing local market knowledge but ensuring new employees are a cultural fit—something that the cross-border payments group TransferWise, another portfolio company of ours, resolved by sending a “landing team” from their European HQ over to the U.S., who could then make the first, crucial local hires.

Meanwhile, companies that see between 30% and 50% of their market in the U.S. need to maintain balance between the two continents. The company’s CEO might move to the U.S., but later in the company’s journey, it will be the base for some, not all, executive roles. Spotify falls into this group, with the States generating over a third of its revenues.

After testing the waters in the U.S. and drawing back right at the start, because of financial constraints, Spotify ended up making its first U.S. hire in 2010. By then, the fact that it had shifted its commercial hub to London (while maintaining an R&D base in Stockholm) meant it had sufficient momentum that U.S. record labels appreciated its potential. “There’s a benefit to growing in concentric circles,” Daniel Ek, Spotify’s cofounder, told us. “If we hadn’t expanded via London and had come straight to the U.S., we’d be dead now.”

Businesses that aim to generate more than half their revenues from the States need to make U.S. success their new true north. Over time, many of these startups gravitate toward a setup where the bulk of R&D remains in Europe, but all the executives, the go-to market teams, and the CEO become based there.

Finally, newer distribution models, through app platforms and self-serve software, allow European companies to function like telescopes—zooming into the U.S. market and winning customers entirely remotely. Gaming companies like King, in which we’ve invested, as well as software company Pipedrive, have followed this model successfully. Strategic partnerships may be in the U.S., but the rest of the leadership team tends to stay in Europe.

All of this should give Europe’s most ambitious minds the confidence to go after the really audacious opportunities, without feeling the need to necessarily relocate the entire company to the States. It may still be the best option for some, but as our research shows, the stark difference between today and 15 years ago is that founders have choices, because Europe now has the money and the talent it needs to build massive companies.

This is no time for complacency. The U.S. will always hold a magnetic draw for many tech startups. But as the country reckons with deep structural, political, and economic uncertainties, Europe should seize its moment and encourage its culturally risk-averse corporates to “buy in” to the innovative products being built on their doorstep—fueling the next generation of truly transformative businesses and retaining their confidence to maintain operations on the continent.

Roughly a third of the global tech spend lies across the Atlantic. No future “global tech titan” can ignore such a large and influential market. But with new and more sophisticated ways to expand, long-held dreams that the next Amazon, Google, or Facebook is not only made, but stays, in Europe could at last become reality.

Danny Rimer is a partner at Index Ventures, a venture capital firm with offices and investments in the U.S. and Europe.