Fewer waiters, no menus: Is Square’s new service the future of dining? 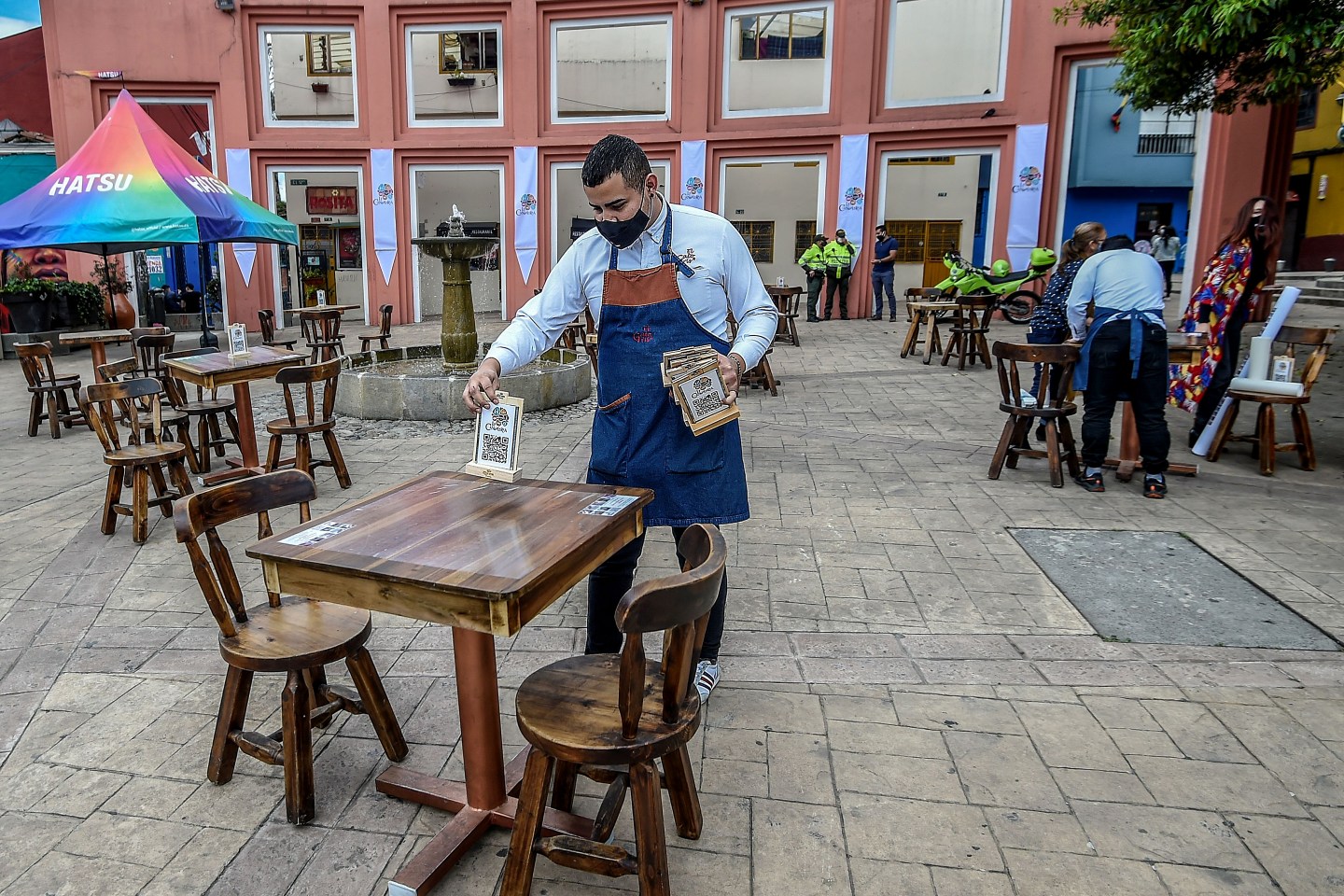 A waiter works during a pilot test of restaurant opening in Chorro de Quevedo tourist area, in Bogota on September 1, 2020, during te coronavirus pandemic. - Bogota, the focus of the pandemic in Colombia, left behind its strict quarantine by zones and began to ease restrictive measures against the new coronavirus, mainly aimed at relaunching the declining trade in the capital. (Photo by Juan BARRETO / AFP) (Photo by JUAN BARRETO/AFP via Getty Images)
JUAN BARRETO—AFP/Getty Images

For restaurants, the pandemic has been brutal: It’s meant fewer customers and higher cleaning costs. But it’s also introduced new technologies aimed at making dining safer—and that could permanently change how we go out for dinner.

The latest example is a new service from payment giant Square that reduces social interactions by eliminating many tasks performed by a waiter. Instead of looking at the menu and placing orders with a server, customers instead rely on their phone to receive their food and pay the check.

The service uses QR codes—a technology that’s been around for eons but has gotten a boost during COVID—placed at the tables. While many restaurants have used the codes since the start of the pandemic to let customers see a menu, the Square tool takes it a step further by integrating with a restaurant’s kitchen printers and payment systems.

Square has recently rolled out the service to a handful of restaurants—mostly small, independent ones—in the U.S., Canada, the U.K., and Australia. One of them is Pizzahacker in Mill Valley, just north of San Francisco.

The efficiency comes about because it eliminates the time customers spend waiting for a server to come to the table to take an order or bring the check. Instead, customers handle these functions on their own, while a food runner brings the meals and beverages. The new Square tool also makes it easy to split checks, eliminating an annoyance for both servers and customers.

According to Square’s head of commerce, Dave Rusenko, the QR-based service routes orders directly to the kitchen, which reduces the possibility of mix-ups. He adds the system also offers new marketing opportunities for restaurants—letting them obtain customers’ contact information they can use to follow up with emails or special offers.

Rusenko says customers have been so pleased by the service that, in the case of another Mill Valley restaurant, they posted a spate of positive Yelp reviews.

It’s unclear, however, if the service will find traction outside of urban tech hubs like the San Francisco Bay Area, or in eateries where most customers use cash. Rusenko acknowledges that QR-code ordering may not be for everyone and notes that it is designed as a complement rather than a replacement for traditional service from a waiter.

Also unclear is whether such services will remain popular beyond the pandemic. While they are hygienic and offer a means for restaurants to save on staffing costs, many people regard chatting with a server as a quintessential part of going out for a meal.

For Square, meanwhile, the new restaurant tool represents another opportunity to expand Square Online—a service focused on helping retailers take payments online. Traditionally, the company’s bread-and-butter has been providing devices to help stores and kiosks take credit cards. But more recently, the company has been making inroads in fields like loans, payroll, and person-to-person payments with its Cash App.

Square is hardly the only one pushing to expand its presence among retailers and promote the use of QR codes. Other payment companies like PayPal, Stripe, and Shopify have all been thriving during the pandemic, as customers turn away from cash and businesses look for no-touch payment services.