Donald Trump is a master of hypnotism. How he used the power on America—and then himself 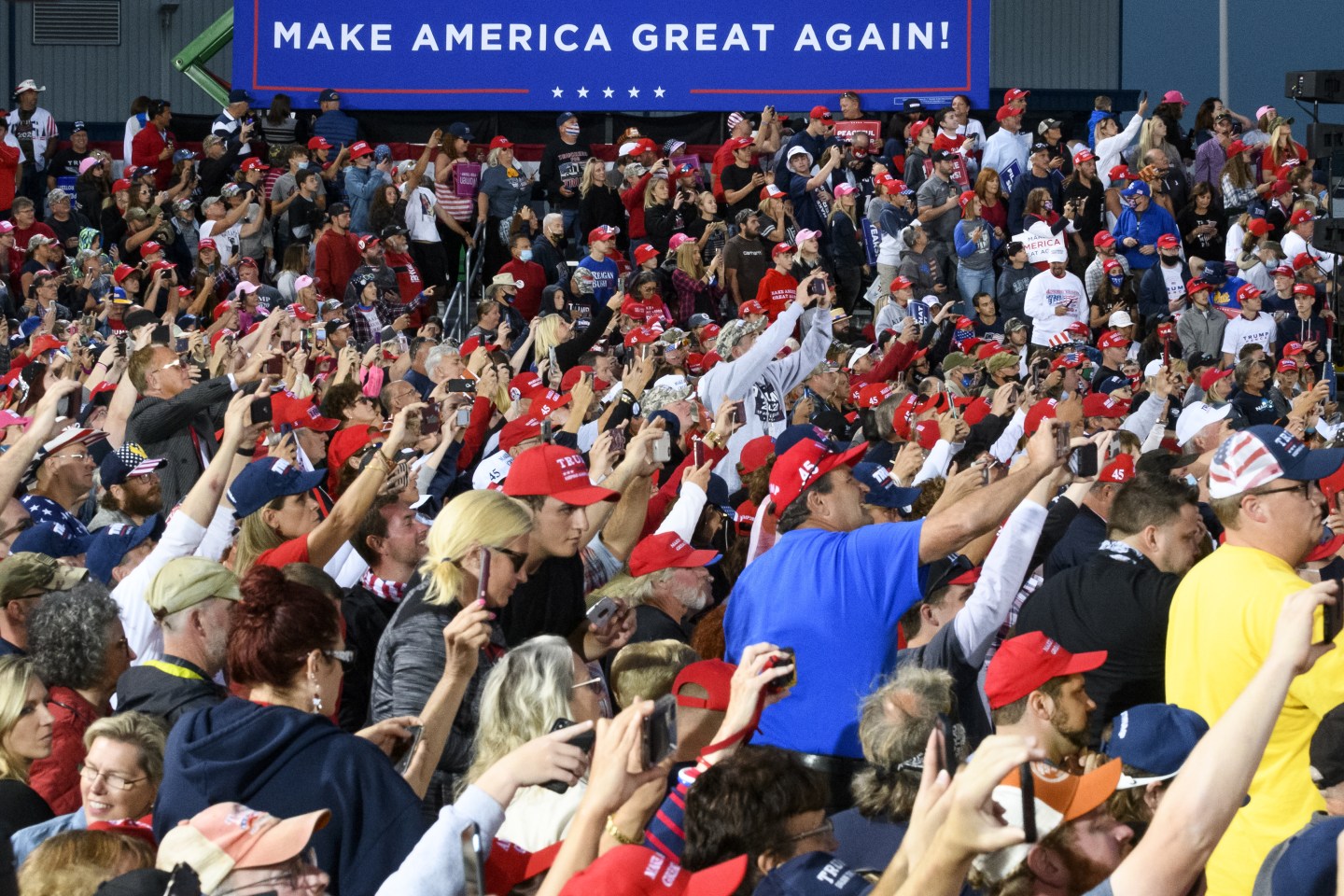 Among other things, Donald Trump’s a potent hypnotist. So reveals Scott Adams, the creator of Dilbert, the most brilliantly mordant cartoon since Charles Addams left the building. Adams is also an author and a social media influencer. And, as he frequently points out, a hypnotist.

Adams presciently predicted Trump’s 2016 victory. He told Reason over a year before that election, “A lot of the things that the media were reporting as sort of random insults and bluster and just Trump being Trump looked to me like a lot of deep technique that I recognized from the fields of hypnosis and persuasion.” Now, Bob Woodward’s new book reports that Jared Kushner recommends Adams’s Win Bigly: Persuasion in a World Where Facts Don’t Matter as key to understanding Trump. The subtitle says it all.

I am recognized by the world’s leading hypnosis professional association, the 14,000-plus-member National Guild of Hypnotists, as an elite, top-ranked, nonclinical hypnotist. Like Adams, in recognizing Trump’s serious hypnotic power early on I, too, tipped my hat to this businessman-turned-politician.

But here’s my big reveal: Trump may be too gifted at hypnosis for his own good.

“Hypnosis” conjures visions of Svengali and The Manchurian Candidate. Dr. Eric Willmarth, past president of the Society of Psychological Hypnosis, once observed, “If you watch hypnosis on TV, the subject always ends up clucking like a chicken, being naked, or assassinating a President.” That’s just stage or Hollywood hypnosis. There was no Svengali. There was no Manchurian candidate.

Serious hypnosis isn’t kooky or spooky. What is it? Scientist, entrepreneur, and statesman Benjamin Franklin chaired a 1784 French Royal Commission investigating mesmerism, a precursor of hypnosis. The commission concluded that its power derives from the imagination, not “animal magnetism.” The best short definition of hypnosis was coined by the late Stanford psychology professor and hypnosis researcher Ernest Hilgard: “believed-in imagination.”

Trump is indeed a powerful hypnotist, with the ability to conjoin belief and imagination. He is so powerful that he may even have hypnotized the great Scott Adams into overlooking a key counterpoint. Trump, while hypnotizing the world, also has repeatedly hypnotized himself—sometimes to his great detriment.

Trump, after mesmerizing bankers and voters, entrances himself. In succumbing to self-hypnosis he is not quite unique.

Napoleon Bonaparte, another politically incandescent hypnotist, dominated the world’s imagination in his day. As reported by R.M. Johnston in The Corsican: A Diary of Napoleon’s Life in His Own Words, on June 17, 1800, upon observing some of his enemy POWs cheering him, Bonaparte observed: “What a thing is imagination! Here are men who don’t know me, who have never seen me, but who only knew of me, and they are moved by my presence; they would do anything for me! And this same incident arises in all centuries and in all countries! Such is fanaticism! Yes, imagination rules the world.”

Trump, unique among his political rivals, also grasps that “imagination rules the world.” That said, believed-in imagination is powerful yet not all-powerful. Napoleon lasted only a decade on his conjured throne. Trump himself has a long history of succumbing to his own hypnosis, becoming overcome by his own believed-in imagination into overreaching and taking a painful fall after a dazzling rise. (In Trump’s case only to rise and fall and rise again.)

As Al Ries and Jack Trout wrote in their inimitable 1993 classic The 22 Immutable Laws of Marketing, “At first, The Donald was successful. Then he branched out and put his name on anything the banks would lend him money for. … What made him successful in the short term is exactly what caused him to fail in the long term.” One chapter is subtitled “Success often leads to arrogance, and arrogance to failure.” That’s a deft paraphrase of an old Greek mythic principle: Oblos (great wealth) leads to hubris (pride), inevitably followed by the goddess Nemesis (retribution).

Until, that is, a maverick hypnotizes himself into believing his own too-good-to-be-true promises.

Trump’s hypnotic superpower, turned on the world, generated spectacular successes for himself. When then he has succumbed to his own hypnotic power it has led to a spectacular fall. Trump uses his hypnotic superpower to dominate the imagination of us lesser mortals, propelling himself to monumental successes. Then he hypnotizes himself into ignoring Ovid’s cautionary: “Fear the vengeful gods … and Nemesis, her inexorable wrath!”

Will Donald Trump succumb to self-hypnosis yet again? Well—imagination rules the world.

Ralph Benko is a former Reagan White House deputy general counsel, author of The Capitalist Manifesto, and chairman of the Capitalist League.