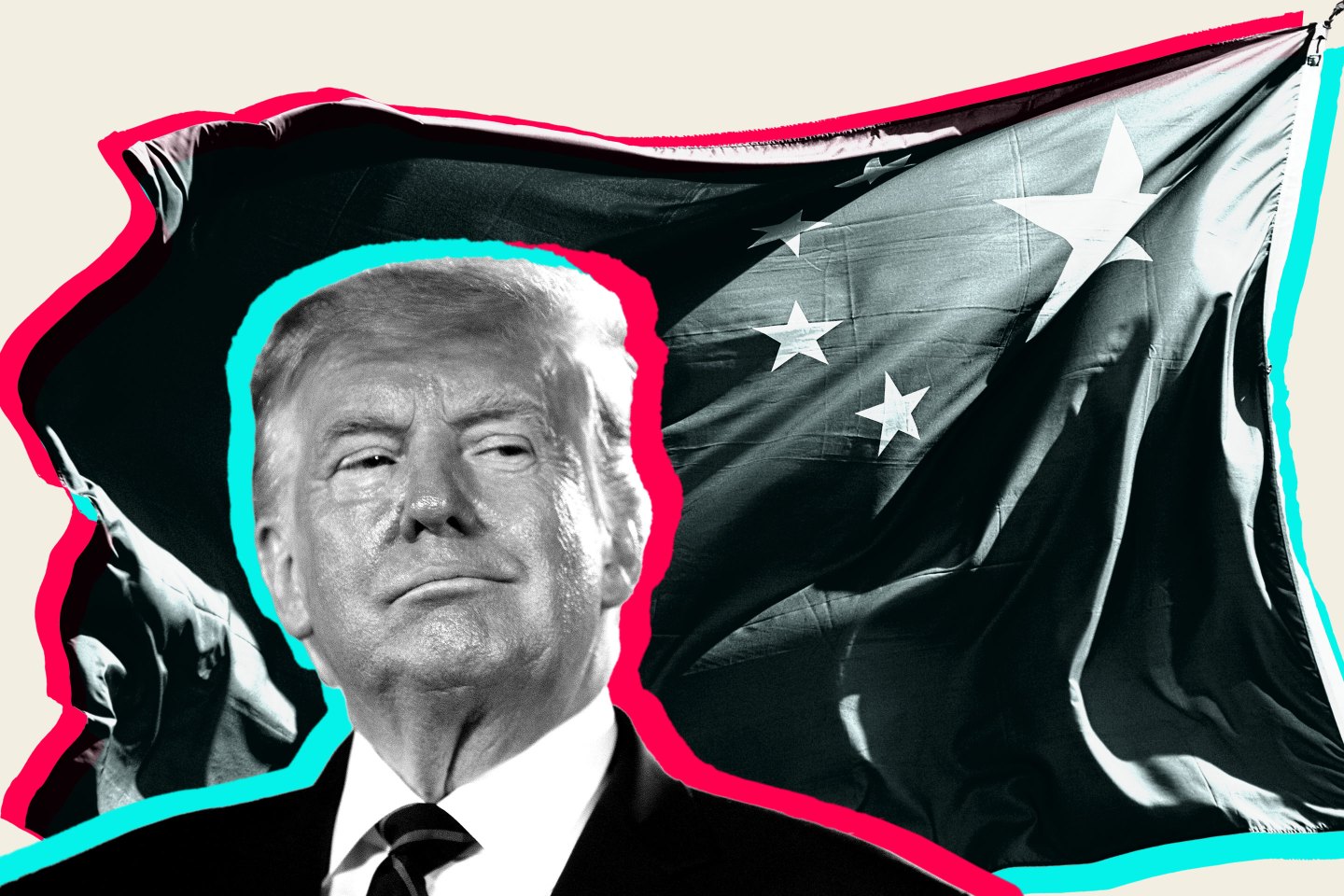 In the latest of a slew of China-directed policy moves, President Trump has compelled the sale of TikTok. Though this may seem like yet another effort to “get tough” on China, it does just the opposite.

Around the world, there is a battle underway for the future of the global technological order. By forcing the sale of the prominent social media app, Trump is putting the U.S. on the wrong side.

As China has become increasingly authoritarian, particularly under the leadership of Xi Jinping, it has become ever more reliant on digital tools to control its people and protect the rule of the Chinese Communist Party (CCP). In an effort to manage the information the Chinese people consume, the country’s Internet is closed, with many foreign websites banned. This allows the party to shape a favorable national narrative and suppress views critical of the state.

The Chinese government has erected a massive domestic surveillance apparatus, nowhere more chilling than in the western province of Xinjiang, where it uses cutting-edge tech platforms to oppress a Muslim minority population. Chinese companies export similar digital platforms that may help other illiberal states to replicate this Orwellian system and consolidate their own grip on power. On the global stage, the Chinese government advocates a concept called “cyber sovereignty,” which places the state in control of the flow of information. And if foreign tech companies want to operate in China, the CCP forces them to play by China’s rules.

For all practical purposes, China’s Internet and other information systems are closed, and there is every indication that the CCP intends to keep them that way. When Beijing spreads its practices by systematically exporting digital surveillance technologies to authoritarians and winning international support for its “cyber sovereignty” concept, it is sharing with illiberal states the power to close off their own data environments.

The U.S. once aspired to a free and open global Internet, but the refinement of China’s brand of digital authoritarianism has made America’s vision unattainable for broad swaths of the global population. Instead, the world is moving toward a “splinternet” in which democracies permit the free flow of information while autocracies subjugate it to state control, sequestering themselves from the outside world and surveilling their own people to keep their regimes in power.

The dangers of tech-enabled repression are not confined to authoritarian states, however, and the U.S. and other democracies are imperiled by the spread of China’s approach. American prosperity requires mutually beneficial commerce, market access, and the exchange of people that allow the country to retain its innovative edge; its national security requires cooperation with allies overseas, including in the digital realm; and all democratic political systems rely on the exchange of information and ideas.

Indeed, since the early days of the republic, the U.S. has sought to prevent a foreign power from dominating the globe in ways that would cut off America’s access and influence, therefore jeopardizing its security and prosperity. China is showing that domination no longer just comes in the form of territorial conquest, but can be enabled by new technologies and occur in cyberspace. Faced with the prospect of digital closure, then, the U.S. and its allies should protect themselves by seeking to keep the technological order open.

But with its recent tactics, the Trump administration is taking its own closed approach. By forcing the sale of TikTok, banning WeChat, and announcing a broad “Clean Network initiative,” it is trying to shut out nearly all Chinese technology platforms from American markets.

There are good reasons to be worried about some Chinese platforms, and those that pose clear threats to American security and prosperity may need to be restricted. But this surely does not apply to all Chinese platforms, and by banning them outright, Trump is replicating the CCP’s playbook. If other countries follow China’s lead and resort to widespread technology bans, they will increasingly create closed information environments of their own, when they should instead be banding together to protect their preferred, open approaches to information and data.

If democracies make shortsighted decisions and retreat to their own digital shores, they will leave China with more room to control information how it pleases and help other repressive states to do the same. By closing off the U.S. to China, Washington is actually making it easier for China to write the global rules governing 21st-century technologies.

Instead, the U.S. should lead the world toward technological openness, advocating for platforms and rules to manage them that will allow critical information systems to stay accessible. It should rally like-minded states to advance a common vision for cyberspace, the Internet, and emerging technologies—one that reflects democratic values and helps to prevent conflict.

But unlike in the past, when new rules and regimes would be made at the United Nations, Washington can’t expect these to be taken up by rusty international bodies. China is a member too and rallies other illiberal states, like Russia, to advocate for its own closed vision. The U.S. and its allies will therefore need to take bold steps to promote open technology approaches knowing that authoritarian powers may never sign on to them—but with the confidence that swift action can keep China’s closed views of information from becoming a global approach.

Walling America off—whether physically, economically, or digitally—is expedient, but it is the ultimate self-defeating move for a 21st-century power that relies on international interconnectedness. By retreating behind its own borders, the U.S. risks subverting the only international approach to technology that can keep it safe and prosperous: an open world.

Rebecca Lissner is an assistant professor at the U.S. Naval War College, nonresident scholar at Georgetown University’s Center for Security Studies, and coauthor of the forthcoming book An Open World: How America Can Win the Contest for Twenty-First Century Order. The views represented here are her own.