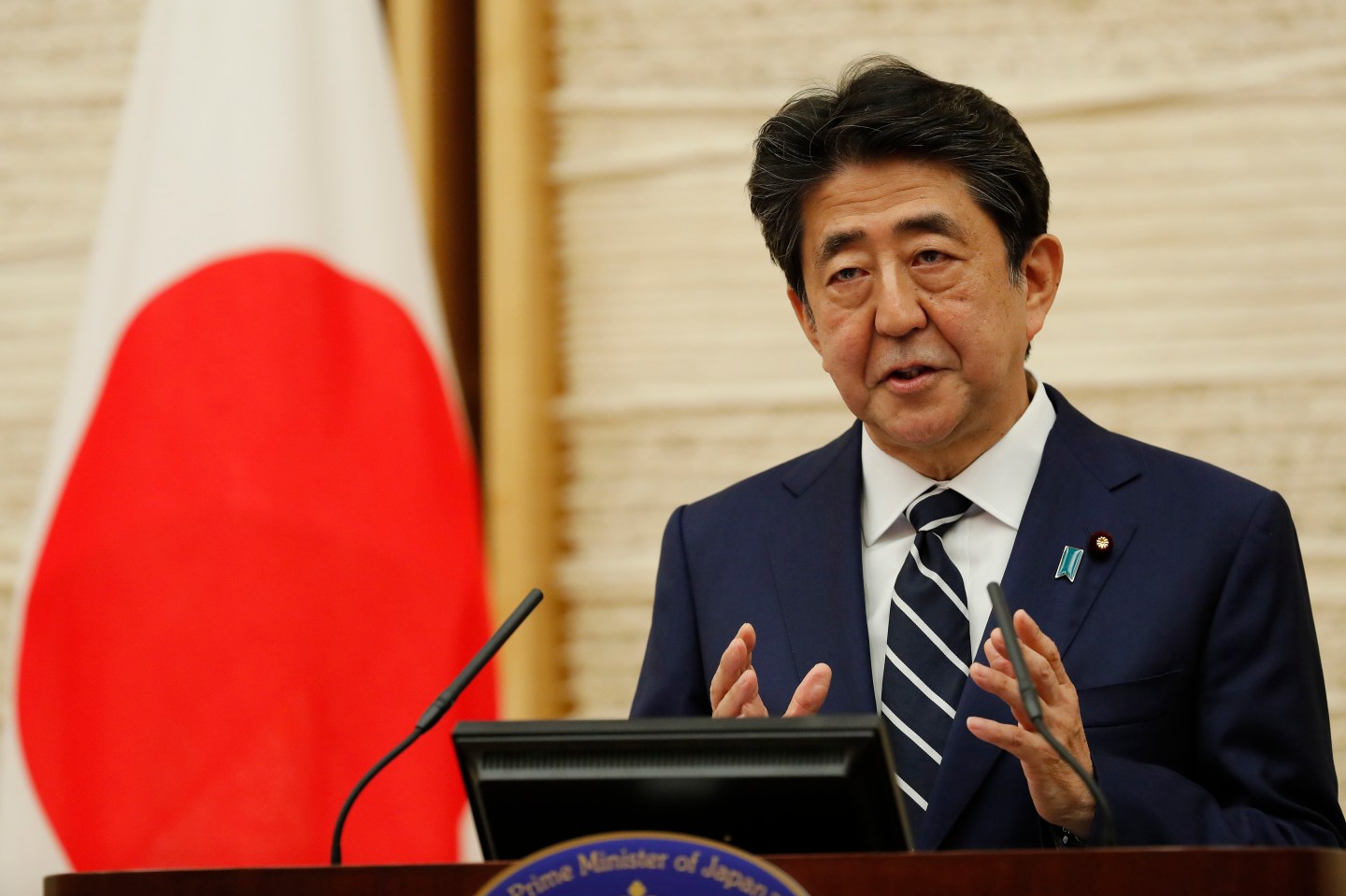 Shinzo Abe, the longest-serving Prime Minister in Japanese history, announced Friday that he will resign in order to begin treatment for a chronic illness.

At a press conference in Tokyo, Abe, 65, confirmed reports that he has been battling ulcerative colitis, an incurable inflammatory bowel disease that also forced him to resign as Prime Minister in 2007, ending his first term after just over a year in office. A new drug helped Abe manage the symptoms of the illness in his second term, which began in 2012. But in recent months, he had all but disappeared from public view, and, in his rare outings, he appeared slow and subdued.

Monday marked Abe’s 2,799th straight day in office, making him Japan’s longest-serving Prime Minister and surpassing the record set by his great-uncle, Eisaku Sato. Instead of celebrating, the Japanese leader spent much of the day at Keio University Hospital in Tokyo, his second hospital visit in a week. He revealed today that a checkup in June confirmed a recurrence of the disease.

“I am not confident of responding to the trust of the people while I am dealing with my illness and treatment and my health is not good,” Abe said. “I made a judgment that I should not continue my job as Prime Minister.”

Abe said he would stay on until leaders of Japan’s Liberal Democratic Party elect a successor. A general election isn’t due until October of next year.

In his second term, Abe helped Japan’s economy, the world’s third-largest, claw its way out of a cycle of deflation. He raised Japan’s presence on the world stage by boosting defense spending and paring back restrictions on Japan’s military. He had unexpected success in managing Japan’s fraught relationships with its most important ally, the United States, and its largest trade partner, China.

Abe led the Liberal Democratic Party to multiple electoral victories, the largest of them being the 2017 landslide that left the party, along with its coalition partners, in control of two-thirds of the seats in Parliament. But even with that supermajority, he failed in his career-long quest to revise Article 9, the pacifist clause in Japan’s U.S.-drafted postwar constitution.

Nor will Abe realize his dream of presiding over the Summer Olympic Games in Tokyo. The event, which was to be held this year, has been postponed until 2021 because of the coronavirus—and may not be held at all.

Japan has not suffered from the soaring increases in infections and deaths that have afflicted the United States, but critics faulted Abe for failing to deal more swiftly and decisively to contain the virus. Japan’s infection rate peaked at about 2,000 new cases per day at the beginning of August and has since declined to under 1,000 new cases per day.

The outbreak has taken a heavy toll on Japan’s economy, which shrank at an annualized rate of 27.8% between April and June compared with the previous quarter—the sharpest contraction on record. Abe’s approval rating has slumped to a record low of 34%, according to a tracking poll by public broadcaster NHK, with 47% of the public disapproving of his performance.

Ishiba, thought by many to be the front-runner, is popular among the party’s rank and file, though less so among senior faction leaders. He is considered Abe’s main LDP rival and has criticized Abe’s policies for being too generous to the wealthy.

Suga is adept at managing the bureaucracy and has been a loyal lieutenant. But many observers think Abe is likely to endorse Kishida to block the ascent of Ishiba. Dark-horse candidates include current foreign minister Toshimitsu Motegi and defense minister Taro Kono. None of the contenders can match Abe’s stature.

Jesper Koll, economist and senior adviser for WisdomTree Investments, argues that whomever the LDP picks, Abe’s successor is unlikely to make a significant difference in terms of economic policy. “The key takeaway for financial markets is that, no, it does not really matter” who replaces Abe, Koll observed in a recent note to investors. “The battle within the LDP is all about personality, not policy. This is true for monetary, fiscal, regulatory, and even social policy, with none of the post-Abe contenders prepared to step away from the advice and wisdom offered by the technocracy.”

Japan’s opposition parties are unlikely to capitalize on the LDP’s dearth of charismatic heirs. This month the nation’s two largest opposition groups, the Constitutional Democratic Party and the Democratic Party for the People, announced plans to merge in order to challenge the LDP next year. That alliance will bring together about 150 lawmakers across both houses of Parliament, yet nowhere near enough to challenge the LDP’s 400.

The first two arrows were the only ones to hit the mark. They were enough to produce steady, if unimpressive annual growth rates of between about 0.5% and 2%. Wages are rising again. The stock market has doubled in value since Abe began his second term.

Investors may take comfort in the likelihood that the architect of Japan’s negative interest rate policy, central bank governor Haruhiko Kuroda, will stick around and stay the course. And with Japan’s economy paralyzed by the pandemic, there is little reason to expect the next Prime Minister would seek to reverse the huge spending programs enacted to bolster growth under Abe.

Even so, Japan still lacks a coherent program for coping with its biggest long-term challenge: a rapidly aging and shrinking labor force.