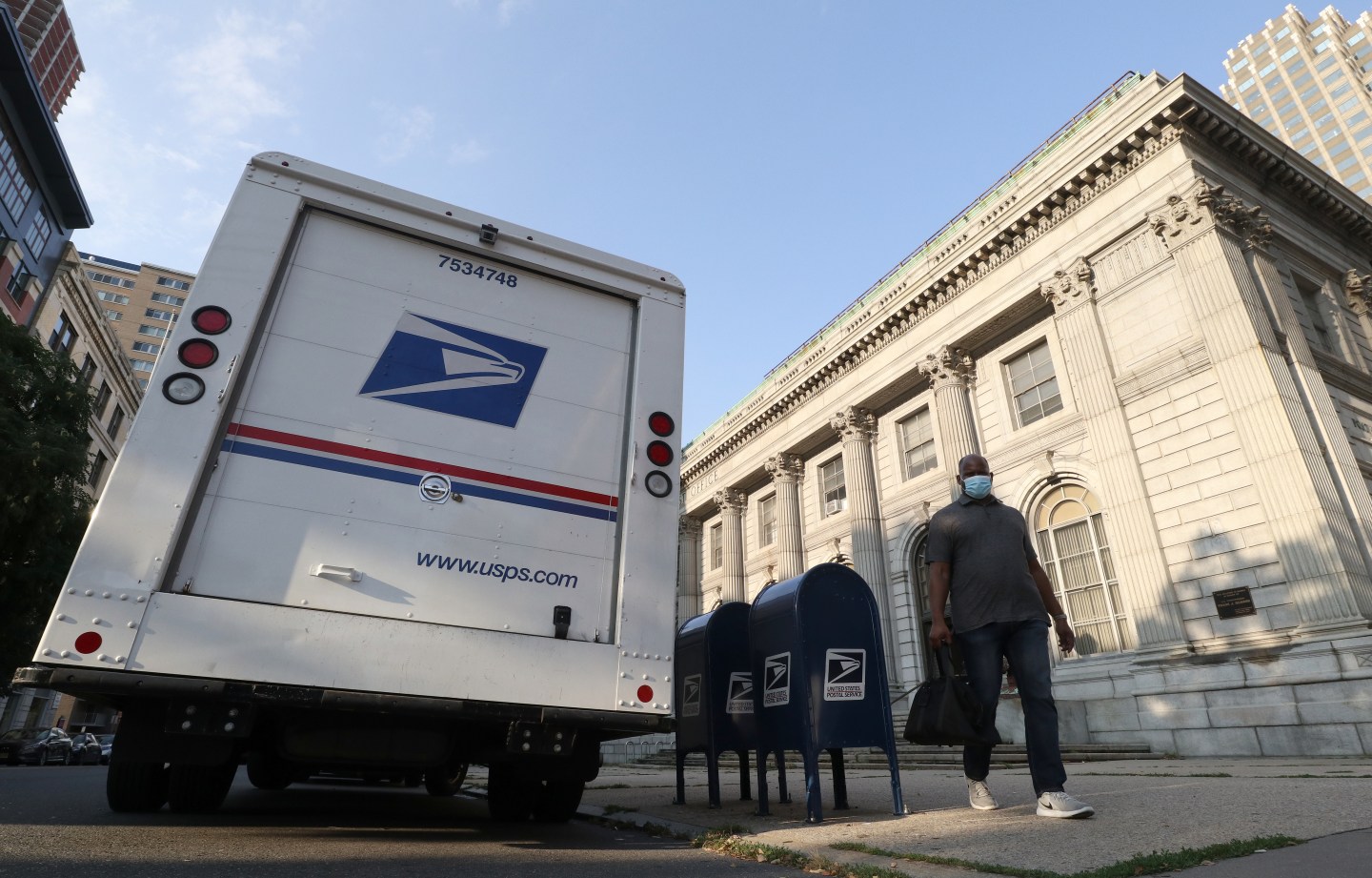 A United States Postal Service truck and mailbox outside a post office in Jersey City, N.J. "Mail-in voting has demonstrated success," writes Steve Weisman, "when President Trump and his party are not actively working to undermine the process." (Photo by Gary Hershorn/Getty Images)
Gary Hershorn—Getty Images

Mail-in voting works. Despite it having been characterized by President Trump as being “fraudulent” and “corrupt” there is no evidence to support those allegations—nor has the President offered any.

Thirty-four states permit mail-in voting, including six swing states: Arizona, Florida, Michigan, North Carolina, Pennsylvania and Wisconsin. All six of those states allow absentee ballot voting or mail-in voting without providing any reason for voting by mail. Five states do their elections almost entirely by mail, including Colorado, Hawaii, Oregon, Utah and Washington, and they have reported very little fraud.

According to the federal Election Assistance Commission, approximately 25% of the votes in the 2018 national and state elections were cast via mail-in votes. In the wake of the coronavirus pandemic, this number can certainly be expected to increase, as this spring’s primaries have indicated.

Mail-in ballots are not perfect. Some have been rejected for a number of reasons, including having been received by election officials late and voters failing to sign them. However, there is no evidence whatsoever to support the President’s allegations that mail-in voting is “fraudulent in many cases.”

Despite his criticism of mail-in voting in general, the President did tout the mail-in voting system of Florida, which he attributed to that state’s Republican leadership, He went on to say that “Florida is different from other states,” which is puzzling because Florida operates mail-in voting in the same manner as the other 33 states, without requiring a reason for voting by mail.

Delays will occur with processing mail-in ballots. Delays, however, do not mean that the system is fraudulent. Quite the contrary, the delays help ensure legitimacy of the votes. Unfortunately, Congressional Republicans have resisted attempts to provide additional needed funds to the states to help strengthen the mail-in voting process.

The President has continued railing against mail-in voting, calling it “ a great embarrassment to our country,” “fraudulent” and “corrupt,” and creating the perception that this proven safe and secure method of voting could be suspect. This behavior isn’t surprising—in fact, it’s part of a pattern. A disgruntled President Trump who lost the popular vote in the 2016 election by approximately 3 million votes established a panel to investigate election fraud in the 2016 presidential election, and then dissolved the panel in 2018 when its preliminary investigation indicated no significant fraud.

A key factor in the efficiency of mail-in voting is the efficiency of the U.S. Postal Service. Rather than gearing up to deal with increased volume of precious votes, the postmaster general, Louis DeJoy, whose primary qualification for the job appears to be having contributed more than $1.5 million to President Trump’s campaigns, has taken steps to slow down mail processing by banning necessary overtime, which DeJoy nonsensically defended as intended to “improve operational efficiency.”

A July 10th directive from the postmaster general disturbingly states, “One aspect of these changes that may be difficult for employees is that—temporarily—we may see mail left behind or on the workroom floors or docks.”

Mark Dimondstein, the president of the American Postal Workers Union, noted in response, “Anything that slows down the mail could have a negative impact on everything we do, including vote by mail.”

According to Kristen Clarke, the president of the National Lawyers’ Committee for Civil Rights Under Law, the capability of the Postal Service “to timely deliver and return absentee ballots and their work to postmark those ballots will literally determine whether or not voters are disenfranchised during the pandemic.”

Meanwhile, Congressional Republicans have blocked funding for the Post Office necessary to insure efficient mail-in voting. At the end of last week, some glimmers of hope emerged: In response to intense public pressure, the postmaster general agreed to suspend his cost-cutting measures including those eliminating overtime pay until after the election. And the House, with some Republican votes joining the Democratic majority, passed $25 billion in emergency spending to support the post office—although the president immediately greeted that bill with a veto threat.

Mail-in voting has demonstrated success when President Trump and his party are not actively working to undermine the process. During a pandemic, requiring voters to weigh exercising their civic duty to vote against concerns for their own personal health is an obstacle of the Trump camp’s creation and design.

Steve Weisman is a senior lecturer in law, taxation and financial planning at Bentley University. He is also the author and creator of www.scamicide.com.