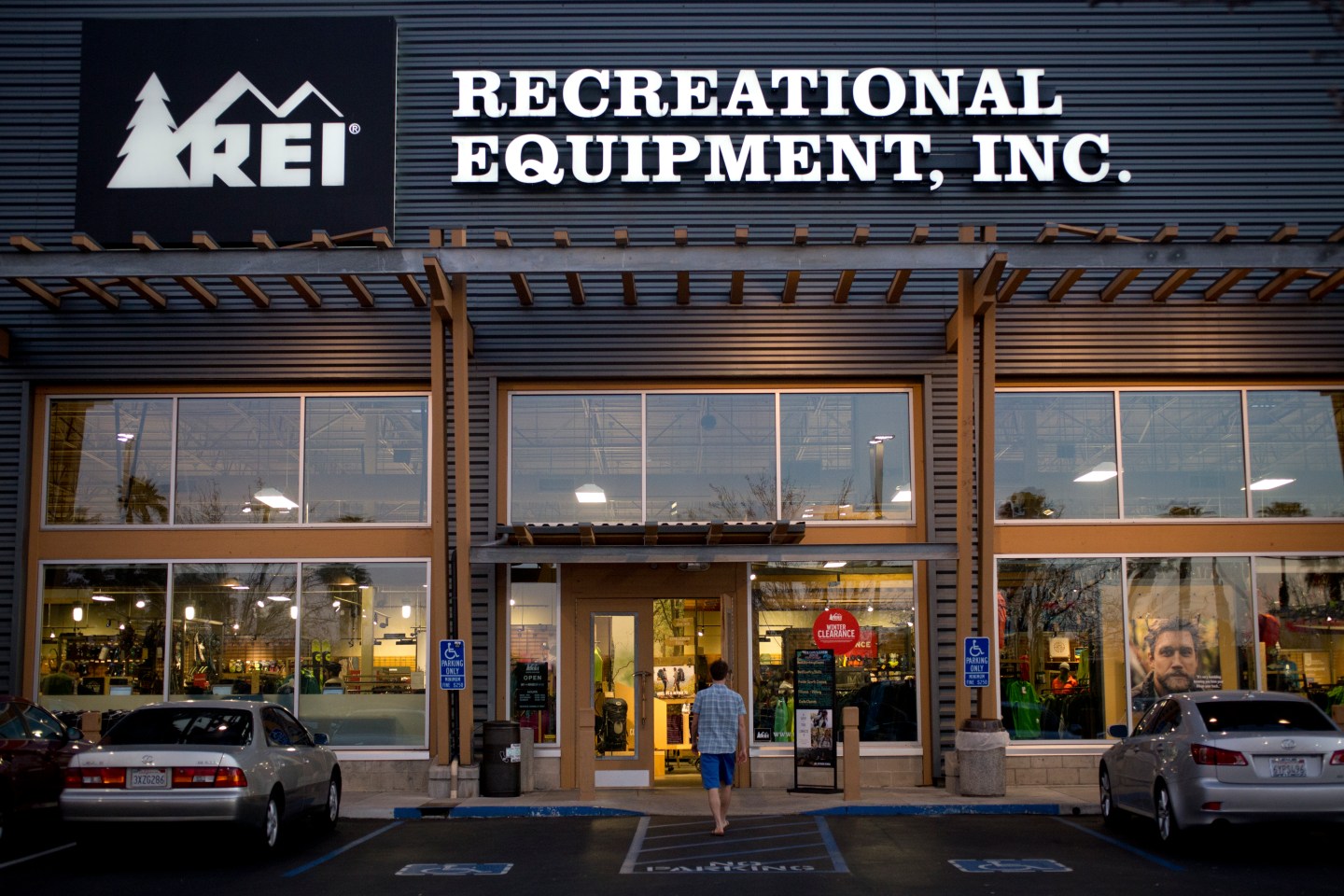 REI said on Wednesday it is looking to sell its brand-new headquarters campus near Seattle to bolster its finances amid a sharp pandemic-related sales decline.

The outdoor gear cooperative had lofty dreams for a new corporate campus in 2016, when it announced its plans to move from Kent, Wash., to Bellevue’s Spring District 20 miles from Seattle, offering its 1,400 headquarters staff the most modern of office amenities. Those were to have included features such as two large outdoor courtyards connected by bridges, and a façade with large windows and garage doors that roll up, according to Fast Company.

Alas, due to the COVID-19 outbreak that led REI stores to close for weeks, it is not to be. REI chief executive Eric Artz told employees in a video call Wednesday that selling the newly finished campus, into which staff was to have moved this summer, will likely yield a profit and put the company on safer financial footing.

“These dollars would also play an important role in stabilizing our business through the ongoing impacts of current disruptions,” said Artz, according to a transcript of the call shared with Fortune. The CEO noted that REI’s business had fared better than initially feared but cautioned, “The pandemic is far from over.”

Prior to the onset of COVID-19, REI had been on a hot streak. Sales rose 12.3% last year to hit $3.1 billion. But having stores closed for weeks devastated business, and the company said last month it would cut about 25% of headquarters jobs, reducing the need for so much office space. REI continues to open stores, however.

Instead of a swanky new headquarters, REI will have multiple smaller satellite offices in Greater Seattle that will reduce commuting time for employees. The company says this approach will make it easier to attract talent that might not be willing to relocate to metro Seattle. Artz expects the majority of headquarters staff to work from home through at least the end of this year.

At the same time, the CEO acknowledged that something can be lost by not having people working in a central location. “You miss hallway conversations. You miss in-person work sessions. You miss our incredible cultural moments,” he told staff.

He is not the only CEO facing this dilemma. Shopify CEO Tobi Lütke told Fortune in May that he expects most staff to work remotely in the future, well past the pandemic, and is rethinking office space.

At the same time, many corporate chief executives worry about the longer-term impact on culture, creativity, and teamwork of having people scattered to the winds. Walmart CEO Doug McMillon told shareholders in June, “How do you get to know people? How do you get a sense for what the culture is like? Culture inside a company is such an important aspect.” That company is forging ahead with its plan to open a new headquarters campus in 2025.

Senior executives at IBM, Johnson & Johnson, and Mastercard recently told Fortune that while working from home has benefits, ultimately companies could not do without in-person collaboration to foster culture.

But in REI’s case, a new, modern campus would have been a luxury that must, at least for the moment, take a back seat to the fundamentals of its business.

“This decision allows us to do two things,” REI chief customer officer Ben Steele tells Fortune. “It allows to replenish [our balance sheet] for the disruptions, but it also allows us to strategically invest in the opportunities we see.”