An electric revolution is coming for American trucking 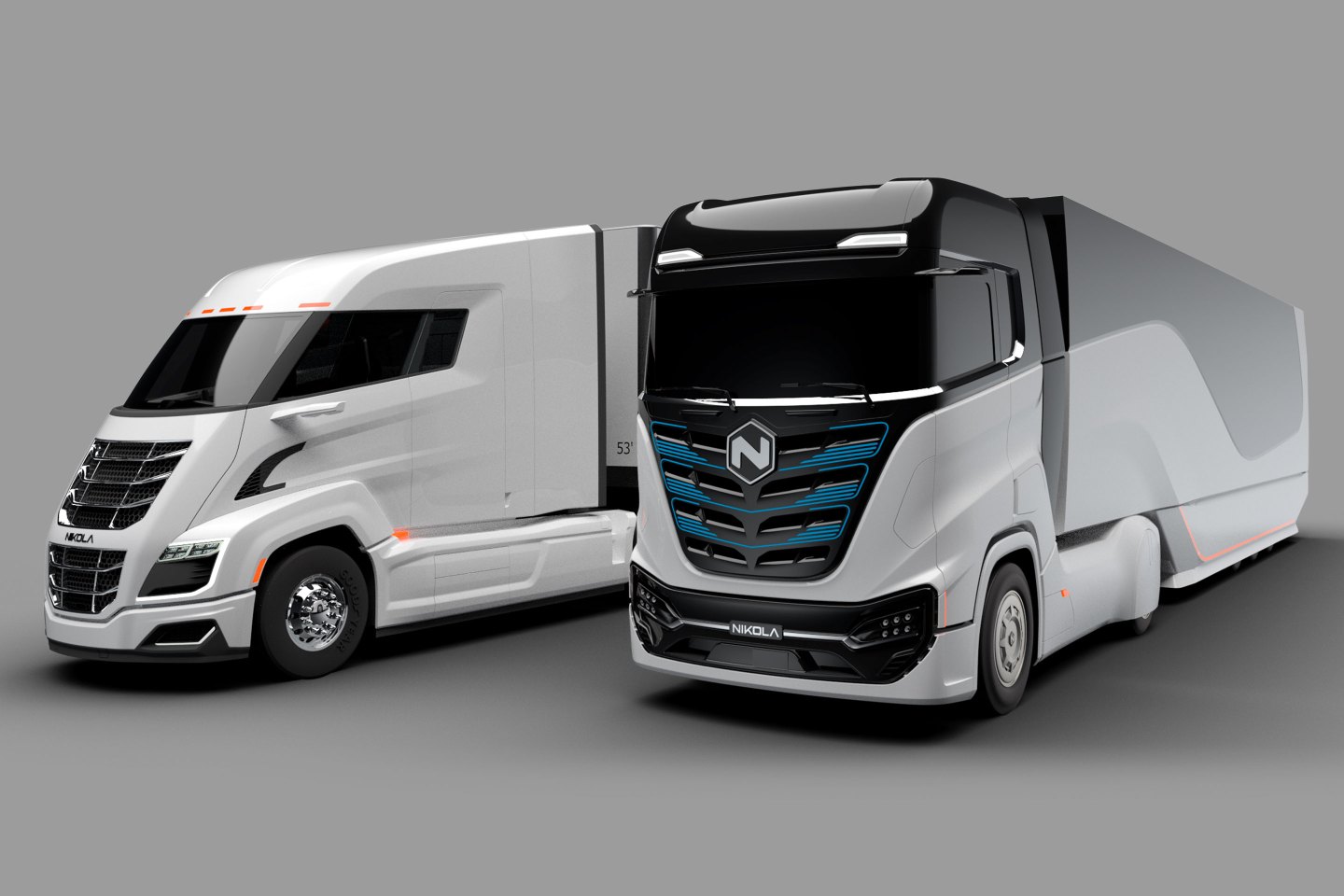 The video was candid, narrow, shaky, and without fanfare—its first frames capturing not much more than asphalt. But in the span of 14 minutes, Trevor Milton, the founder and executive chairman of Nikola Motor, a Phoenix startup committed to making electric semitrucks, energized investors enough to send his company’s stock up 35% in a single day.

The clip reveals a hydrogen fuel-cell electric semi rolling around a blisteringly hot Arizona parking lot. Milton jogs after the truck on foot, pointing out the various components of its unusual powertrain and swiping at critics who believe the company’s technology is fake.

“These damn trolls,” he says between gulps of air. “I wonder if they’re going to go apologize to everyone for the lies they spread.”

Founded in 2014, Nikola is named after famed 19th-century inventor Tesla (just like that other controversial electric-vehicle concern). Though Nikola has yet to deliver a single truck to a customer—hence the critics—investors have valued the company at as much as $20 billion.

The tech world, it seems, has a growing fascination with trucking. Entrepreneurs, and the investors backing them, are convinced that replacing greenhouse gas–spewing diesel semis with cleaner electric versions is a huge opportunity to make a profit while also making the world a better place.

The American Trucking Associations like to say that the industry is the lifeblood of the U.S. economy, and they have a point. Freight trucks carry nearly 73% of all cargo transported in the U.S. But those vehicles are still overwhelmingly powered by fossil fuels. Medium- and heavy-duty trucks account for about 6.4% of all U.S. greenhouse gas emissions, according to the U.S. Environmental Protection Agency.

To cut their contribution, truck operators would need to spend lots of money on less polluting trucks. A firm nudge came in June with a new California regulation requiring that, beginning in 2024, at least 5% of medium- and heavy-duty trucks sold in the state produce zero emissions. (The share jumps to 30% in 2030, then 100% by 2045. Short-haul trucks, used to deliver cargo between ports, rail yards, and warehouses, are subject to an even more aggressive timetable.) Since the state is uniquely influential in this area—a dozen states have adopted California’s motor vehicle emission regulations—pressure could quickly build for truck operators.

Regulation isn’t the only factor driving electrification. Elon Musk’s Tesla, which has promised to deliver its own electric semi in 2021, says a battery-electric truck costs about half as much to fuel per mile as its diesel counterpart. Maintenance costs for electric trucks are also expected to be lower because they have fewer moving parts.

The upstarts face a stiff challenge from established truckmakers. Toyota, the world’s largest automaker by sales, and Paccar’s Peterbilt, the No. 2 semi manufacturer behind Daimler-owned Freightliner, have publicly committed to a zero-emissions trucking future. Renault already produces medium-duty battery-electric trucks in Europe. In the U.S., Volvo and Freightliner have put dozens of electric trucks on the road for testing. Like Nikola and Tesla, the goal is to start selling them next year.

“How does it integrate into a fleet? How does the charging work? We’re trying to figure out the practical things,” says Keith Brandis, a Volvo business development executive.

Midsize trucking and warehouse operator NFI Logistics has been operating 10 Freightliner electric trucks in California for nearly a year as part of a pilot program. NFI will soon add trucks from Volvo’s program, dubbed Lights, which deployed its first test trucks in June. Bill Bliem, head of fleet services at NFI, says his company’s top motivator in leading the electric-trucking charge is its commitment to sustainability. But he admits competitiveness is also a factor.

“We’re hoping that battery pricing will come down and range will increase,” says Bliem. “Once that happens, we think there will be a cost benefit to running electric.”

Once battery pricing comes down and range increases, we think there will be a cost benefit to running electric.

In their present form, electric trucks have a key shortcoming: limited range versus their diesel counterparts. Tesla, for example, says its top-range model will go 500 miles on a single charge, compared with 800 miles for a diesel truck on one tank of fuel.

So electrification is happening first on short-haul routes. NFI is using its Freightliner test trucks to deliver cargo from the ports of Los Angeles and Long Beach to its warehouses east of L.A., a 100-mile roundtrip.

The cost advantage for hydrogen-electric trucks, like the Nikola Two model in Milton’s video, is less clear. Refueling with liquid hydrogen is quicker than recharging a battery, and hydrogen can carry more energy for its weight than a battery—more practical for long-haul trucking. But liquid hydrogen fuel, which is produced by using electricity to split water into oxygen and hydrogen, is generally more expensive than charging batteries directly.

Speaking of expensive: Nearly everyone agrees that electric trucks will cost more than diesel semis, which can go for as much as $150,000. So far Tesla is the only manufacturer to have hinted at pricing, saying its electric trucks will start at between $150,000 and $200,000. Other manufacturers are expected to charge more because Tesla is believed to be producing batteries for less than its competitors.

Nikola plans to use a different business model for its hydrogen fuel-cell semis. Instead of selling trucks, it plans to lease them as part of a package that includes hydrogen fueling and maintenance.

And then there’s the cost of building new charging stations—necessary when it can take several hours to recharge a large truck battery. While some states, e.g., California, offer grants to soften the financial blow, others do not. “We’ve got customers that want us to run electric in the Northeast,” Bliem says. “But unfortunately those states right now do not have the funding where it would make sense to run even one electric tractor—if you could get one.”

That’s a dealbreaker for many operators. Of an estimated 1.9 million U.S. trucking firms, as many as 94% have fleets of 20 trucks or fewer. Moreover, roughly 9% of all truckers are independent owner-operators who drive a truck they own. Smaller operators just can’t afford the sizable investments it would take to go electric, says Glen Kedzie, who leads energy and environmental policy issues at the American Trucking Associations.

Though operators have years before they’re forced to give up diesel trucks, the market dynamics of electrification are already falling into place. “You start to raise the barriers to entry for the smallest carrier,” says Baird’s Hartford. Next stop: consolidation of a fragmented industry.

Provided your startup isn’t trying to upend it, that is. Nikola’s Milton says he understands the skepticism about his company’s chances but points out that carmakers said the same thing about Tesla early on. “Now Tesla is worth more than most of them combined,” he says. “We don’t mind being the underdog.”

Read more: Teslanomics: How to justify being the most valuable car company on earth

A version of this article appears in the August/September 2020 issue of Fortune magazine with the headline “Future bound and hammer down.”