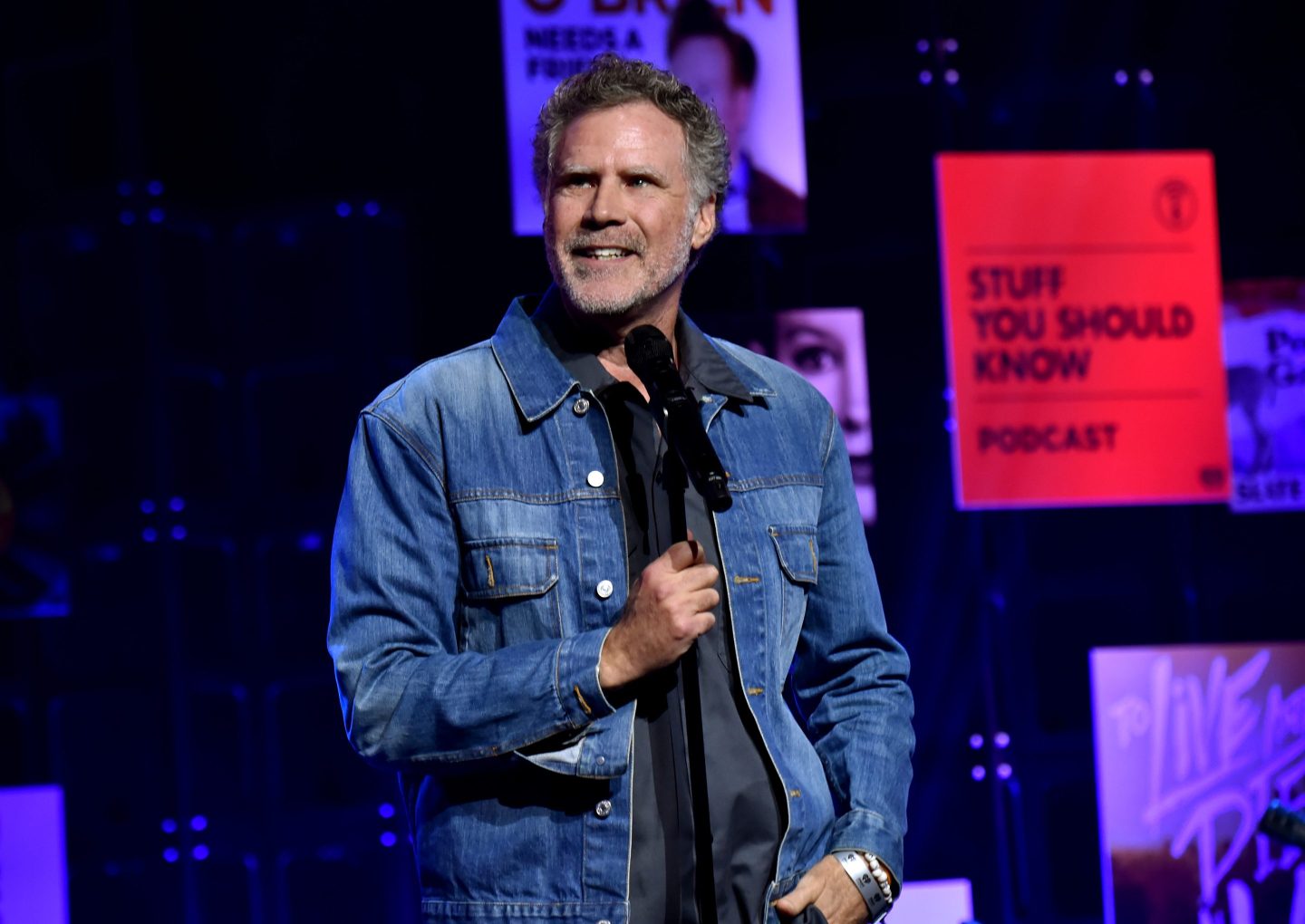 Will Ferrell speaks onstage at the 2020 iHeartRadio Podcast Awards on Jan. 17, 2020 in Burbank, Calif.
Jeff Kravitz—FilmMagic for iHeartMedia

Las Culturistas joins five other new podcasts launching with the network, including a scripted talk show hosted by Grammy Award–winning singer Michael Bolton; a conspiracy theory–themed podcast hosted by Insecure and Bless This Mess star Langston Kerman; and a wellness-oriented show cohosted by Men in Black 4 and Sorry to Bother You star Kate Berlant and stand-up comic Jacqueline Novak.

Rounding out the offerings is Bald Talk from comedians Brian Huskey and Charlie Sanders, and True Romance with Carolina Barlow and Devin Leary, an exploration of modern love featuring fictionalized and historic love stories. Each of the new podcasts are slated to premiere on iHeartRadio and podcast apps at varying points this year.

Big Money Players Network was first announced last fall and aims to produce a mix of 10 scripted and unscripted shows by October 2021. Ferrell, who serves as executive producer, began working with iHeartMedia on the Ron Burgundy Podcast last year to revive his famous Anchorman character.

Now, as Ferrell tells Fortune, he’s looking to use his clout to spotlight up-and-coming voices. “The fun part for me is to use whatever currency I have in the entertainment business to back interesting voices that maybe wouldn’t have had a chance otherwise,” he says.

Ferrell, admittedly “not a podcast fanatic” prior to his Ron Burgundy experience, says he later started to realize the medium’s potential as a business venture and as a vehicle for artistic expression. “It became apparent to me what a great space it is for comedy. It’s so facile and versatile, everything from commentary, character-driven stuff, two people talking—whatever form you want,” he notes.

“Dare I say, it’s one of the few entertainment venues that’s still a light touch in terms of the COVID issue,” Ferrell adds. “It’s still something that can be executed without a lot of impact in that area.”

The podcast industry is still modest compared with other forms of audio entertainment, but it’s growing. Deloitte projects the podcast market will increase by 30%, surpassing $1 billion for the first time (recorded music, by contrast, is estimated to reach $21 billion; radio, $42 billion). The industry has seen significant investment of late from Spotify, which acquired podcast companies Gimlet and Parcast, as well as Bill Simmons’s The Ringer, and signed content deals with the likes of Warner Bros., Joe Rogan, and Barack and Michelle Obama’s production company.

As of June, iHeartMedia operates the second largest podcast publishing network by U.S. audience, according to podcast analytics firm Podtrac. With nearly 24.5 million unique monthly listeners, it falls just behind NPR’s monthly audience of 25 million. iHeartRadio currently publishes 411 shows actively, making it by far the most prolific publisher of the nation’s top 20 networks (second is Cumulus Media’s Westwood One, with 112 active shows).

Conal Byrne, president of iHeartRadio’s podcast network, says there is a misconception of any growing competition between his company and Spotify.

“There’s really two industries here that sometimes gets conflated,” he says. “Spotify is interested in driving subscribers with the podcast. Its goal is to exclusively window or paywall its platform so as to drive subscribers to the Spotify platform. We widely distribute every single episode of every single podcast we make.

“We do that because the bigger the audience, the more impressions, more sponsorships we can drive,” he adds. “That’s why you see the Will Ferrells.”

Byrne says Ferrell was eager to try out podcasting as a next chapter. “We talked about his ambition, and it made sense to not just develop and green-light an extra podcast or two,” Byrne says. “He had a long-term vision, and we decided to launch a joint venture, a standable new network.”

The goal for the network is to launch dozens of podcasts over the next several years, Byrne says, underlining Ferrell’s desire to springboard up-and-comers. Highlighting True Romance cohost Carolina Barlow, who is also the producer, writer, and cohost of the Ron Burgundy Podcast, Byrne says: “As we trap along with Will, it’s just a really cool thing he seems to be doing, to put a younger comedian on what is a huge platform.”