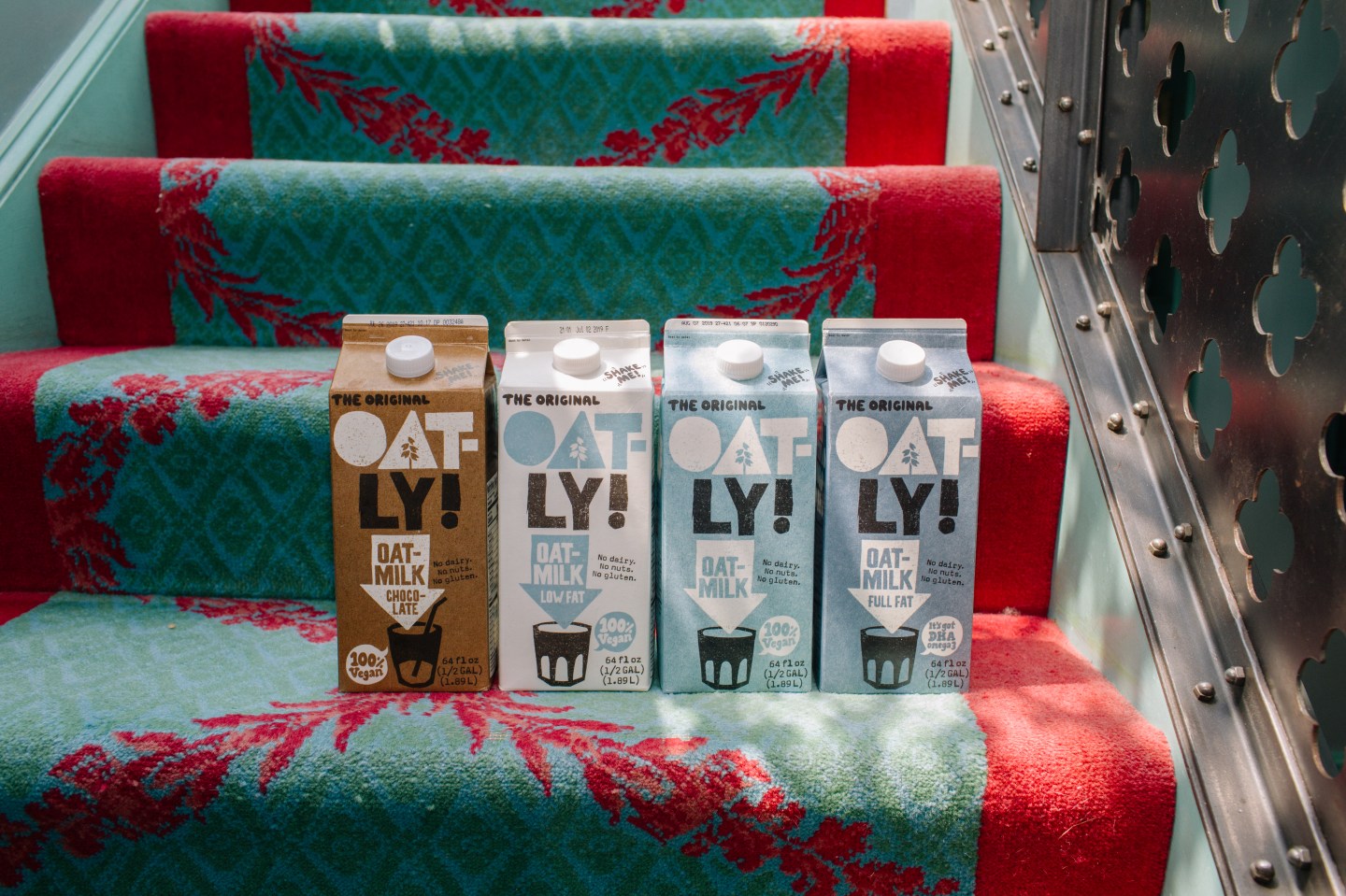 The plant-based food industry is having a moment.

Impossible Foods has gotten its plant-based breakfast sausages into Starbucks. Beyond Meat’s plant-based burgers are arriving in grocery stores in China. And to cap it off, on Tuesday Swedish food company Oatly—best known for its oat-based milk—announced a $200 million investment led by financial services firm Blackstone.

All of this activity has gone on in the sector despite the pandemic—although Oatly CEO Toni Petersson would argue that part of the interest is because of it. “I think that people are more aware and conscious of their role in this world and the impact they make as individuals on this planet,” he says. “I don’t think that will go away.” That’s a key element of the formula driving the adoption of plant-based foods, which are touted for their lighter environmental footprint than their animal-made counterparts.

Fortune talked with Petersson about the trends driving the sector and what’s next for Oatly. Edited excerpts follow.

Fortune: Tell me about the timing of the deal. Why now during a pandemic?

Petersson: For most of the year we’ve been in this process. This is about sustainability, but it’s also not a fad or anything like that. We almost doubled our growth last year, and we expect similar results this year. But it is an awkward time to do big things like this.

How have dynamics of the business changed amid the pandemic?

Pre-pandemic, 50% of our business in China and 30% in the U.S. came from food service and coffee shops. The industry hasn’t collapsed but there has been a drastic decline in those channels. If you look at the U.S., those declines have been completely absorbed by retail. We are committed to supporting and helping the coffee shop community because it meant so much to the success of how we built the brand. In China, we routed the food service and coffee shop sales to e-commerce in a very successful way. We’ve been very lucky that we have been able to adapt.

Are you considering an IPO or selling to a big food company?

We’re an independent company, and it’s served us well at this very moment. But that is hard to know. We’re keeping all of our options open.

You’re known for your for oat milk but you call yourself a food company. Do you see yourself expanding beyond oat-based products?

We don’t look at ourselves as a food company. I think that’s the difference between us and the competition. We are a sustainability company that makes oat milk, which is a different angle. If you put sustainability in the center of things, you can propel the brand into different dimensions. We want to be a thought leader within the sustainability movement and one of the companies that triggers a societal shift.

At this moment the brand is about converting cow milk drinkers into plant-based—and Oatly specifically. That’s a different growth driver within the category, if you look at the evolution of plant-based. It came from lactose-intolerance and now the driver is health and sustainability. It’s about making the shift easy for people. That’s where you’re going to see the massive acceleration. We recently launched yogurt. We’re going to continue to expand the whole range so it mirrors what dairy does.

Who are your customers right now?

We have a core group who are vegans but the majority of our audience are flexitarians, [who are primarily vegetarian, but occasionally eat meat]. I think it’s hard for us to believe that we’re going to turn everyone in the world vegan. It’s about making everyone take small steps, and by doing that creating change.

How is this investment going to be used?

We’re going to expand more into production, going from one factory in Sweden in 2018 and by mid-2021 we’ll have five factories in three continents. That’s not going to be enough. A lot of the money is also going to go to innovation. We’re going deep into the oat genome, how you grow oats, clinical studies. That’s the beauty of our company. It was born out of Swedish science, and we are building on that heritage.

How did China become such a strong market for you?

It has the same trajectory as the U.S., which is absolutely amazing considering that just couple of years nobody knew what oat milk was in China or the Hong Kong market. We entered with the same strategy that we did in the U.S.—through coffee shops. The pace in China is completely different. They’re just adapting to new things in a completely different way.

I think there are more similarities than differences across the world. Trying to live a healthier life and take care of the planet is universal. From a business perspective, we’re addressing one of humanity’s biggest challenges, which is the food supply system. If you are part of fixing something big, the reward is higher as well.

You were founded in Sweden in the 1990s, but it’s not until recently that you’ve taken off globally. What’s happening in this particular moment?

When I joined the company in 2012 I was restricted to Europe. We had institutional owners from Sweden, who were very cautious. The food industry is a very conservative industry. We don’t take a lot of risks. But it didn’t make sense that we weren’t in the U.S. or anywhere else. Our brand is so tailored for the U.S. market, more than any other market. Everything we do is written in a strong voice all in English. It was just about timing.

What made you decide that using English was the right strategy?

It just so happened that my creative director was from Seattle, and he had this wonderful thing with words. It was impossible to translate that into any other language. Everybody advised us against using English in Germany or Spain, but it really works because it brings that personality and authenticity out at a completely different level.