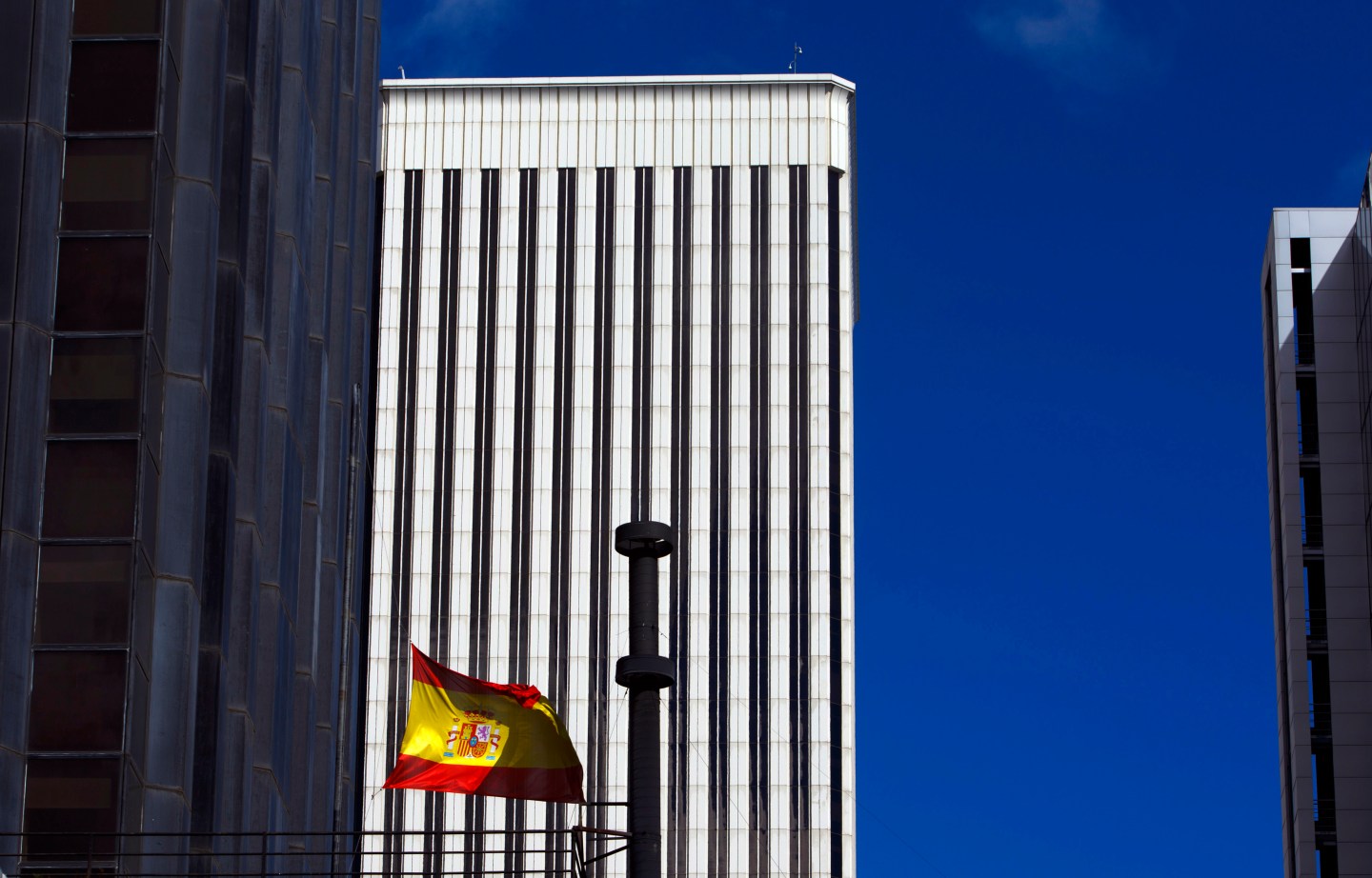 A Spanish national flag is seen flying near to the 43-story Picasso Tower office building, Madrid's most famous skyscraper - so named because of its proximity to the Plaza de Pablo Ruiz Picasso, center, in Madrid, Spain, on Wednesday, March 26, 2014. Amancio Ortega Gaona, already the world's fourth-richest person based on the success of his Zara fashion retail stores, has quietly amassed a real estate empire worth as much as $10 billion and is emerging as a formidable competitor for prime properties from London to Beverly Hills. Photographer: Angel Navarrete/Bloomberg via Getty Images
Angel Navarrete—Bloomberg/Getty Images

After making a fortune in clothing, Amancio Ortega turned his attention to real estate.

The Spanish billionaire’s property holdings have soared to 15.2 billion euros ($17.2 billion), his firm revealed Tuesday for the first time, giving him the largest real estate portfolio among Europe’s super-rich.

As well as being landlord to tech giants such as Amazon.com Inc. and Facebook Inc., Pontegadea also counts Inditex rivals Hennes & Mauritz AB and Gap Inc. as tenants.

The son of a railroad worker, Ortega has a net worth of $58.5 billion, according to the Bloomberg Billionaires Index, the bulk of which comes from his majority stake in Inditex. His fortune has slumped more than a fifth this year in the wake of the coronavirus pandemic, which has forced Inditex to close stores. The company’s shares fell 22% this year through Monday.

Aside from real estate, Ortega has also invested in energy and telecommunications, buying a 5% stake in Enagas last year. In 2018, Pontegadea acquired a 9.99% stake in Telefonica SA’s tower unit for 378.8 million euros.

Pontegadea said the COVID-19 crisis may affect its income from rents and dividends this year. It expects to receive 646 million euros in dividends from Inditex in 2020.