Ford reveals the redesign of its biggest moneymaker, the F-150 pickup 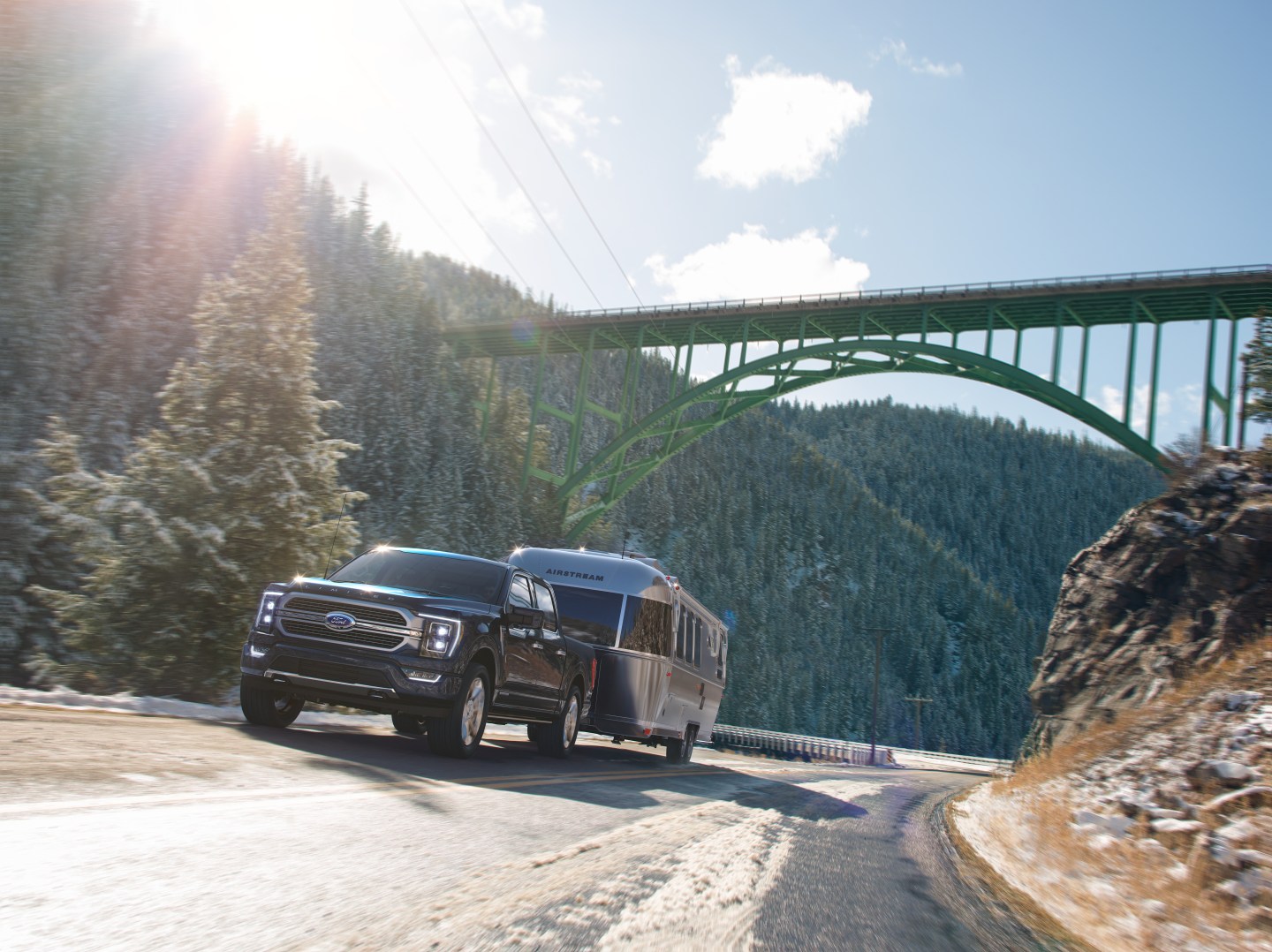 Ford Motor Co.’s redesign of its biggest moneymaker, the F-150 pickup, is more geared toward overhauling its interior than a radical reworking of its sheet metal, adding creature comforts like hands-free driving technology and reclining sleeper seats.

Sleep, it turns out, is in high demand from truck buyers who snapped up nearly 900,000 F-Series models last year, generating about $42 billion in revenue for the automaker. Ford conducted hundreds of hours of anthropological research on its owners only to discover what they really want is seating more akin to a first-class airline cabin than a no-frills shuttle bus.

“Whether it’s just a quick power nap when they’re on the job site or when they’re going camping with their family, we’re finding that a lot of customers use their vehicle as their sanctuary,” Hau Thai-Tang, Ford’s product development chief, said in an interview. “They’ll get home from work and not go in the house right away. They’ll actually spend ‘me time’ in the truck.”

The interior upgrade comes as part of Ford’s realization the F-150 couldn’t rest on its laurels as the top-selling vehicle in the U.S. for the past 38 years. The pickup needed an overhaul to keep rivals General Motors Co. and Fiat Chrysler Automobiles NV at bay. Fiat Chrysler’s Ram in particular has been ascending thanks to a popular jumbo screen that’s helped the truck line overtake GM’s Chevrolet Silverado on the sales charts. Ford has managed to maintain sales leadership but been under pressure from buyers and its own dealers to match Ram’s high-tech interior.

The new F-150 going on sale later this year will feature a 12-inch touchscreen that matches the tablet-sized offering in the Ram. The automaker is unveiling its new truck late Thursday through a splashy social media stream hosted by comedian Denis Leary, who has been a paid pitchman for Ford since 2008.

“Ram came out with a screen that was bigger than ours and now it’s our turn,” Thai-Tang said. “We want to maintain our leadership. We’re very confident we will.”

Ford has a lot riding on the F-150, the flagship in the F-Series truck line that accounts for much of the company’s profits. Big pickups are the lifeblood of Detroit automakers and one of the few segments in which Japanese automakers have failed to make major inroads. The big rigs haul in an average of $10,000 in profit per unit, compared to $3,000 for a small crossover utility vehicle, according to Morningstar Inc.

“This truck has been Ford’s cash cow for years and a bright spot during this pandemic,” said Jessica Caldwell, executive director of insights at automotive researcher Edmunds. “But it has also been in need of a fresh design as the truck wars have grown more heated.”

Ford hopes to find new commercial buyers and retail customers who want to work — and sleep — in their trucks. Another new feature is a shifter that folds away into the center console, creating a flat workspace for a laptop or lunch.

The redesign is also a tech play, as Ford puts the F-150 at the center of its push toward electrification and autonomous-driving systems.

The new truck will come in a gasoline-electric hybrid version at launch and a fully battery-powered F-150 will arrive within two years, the automaker has said. The hybrid will have an on-board generator that could power a worksite or home.

The F-150 will also become Ford’s first vehicle to offer over-the-air software updates, as Tesla Inc. has done for years in its electric cars. And Ford is outfitting the F-150 with the same hands-free driving feature that is going on the electric Mustang Mach-E coming later this year.

“There was a point where pickup trucks were expected to be basic,” said Stephanie Brinley, a principal automotive analyst at IHS Markit. “But now consumers are just as interested in technology in trucks as they are in their sedans and SUVs.”

By creating an online connection to the truck, Ford hopes to get an early warning on flaws that need fixing, thereby reducing warranty and recall costs, which helped sink the automaker’s earnings last year.

“If I’m able to identify an issue much earlier because I have the diagnostics capability from the over-the-air data stream, I can cut it off before it becomes hundreds of thousands or millions of vehicles,” Thai-Tang said.

Ford also needs to show it can smoothly launch the new F-150 after the botched rollout of its Explorer sport-utility vehicle last year compounded its financial woes. The degree of difficulty has only increased following a two-month production shutdown to slow the spread of the cononavirus, which Ford has said will result in a $5 billion operating loss this quarter.

A fresh F-150 will pay dividends in the longer run, but Ford is likely to temporarily lose some truck share to GM and Fiat Chrysler while it converts factories in Michigan and Missouri to produce the new truck, Credit Suisse analyst Dan Levy wrote in a report Thursday.

Ford has promised to minimize downtime and will continue producing the outgoing F-150 model in one plant, while converting the other to the new version.

“It’s the crown jewel of the business,” Thai-Tang said. “Tremendous volume, a tremendous profit pool, two assembly plants with a huge economic impact in those communities where those employees are working and living. So there’s no product more important for us.”