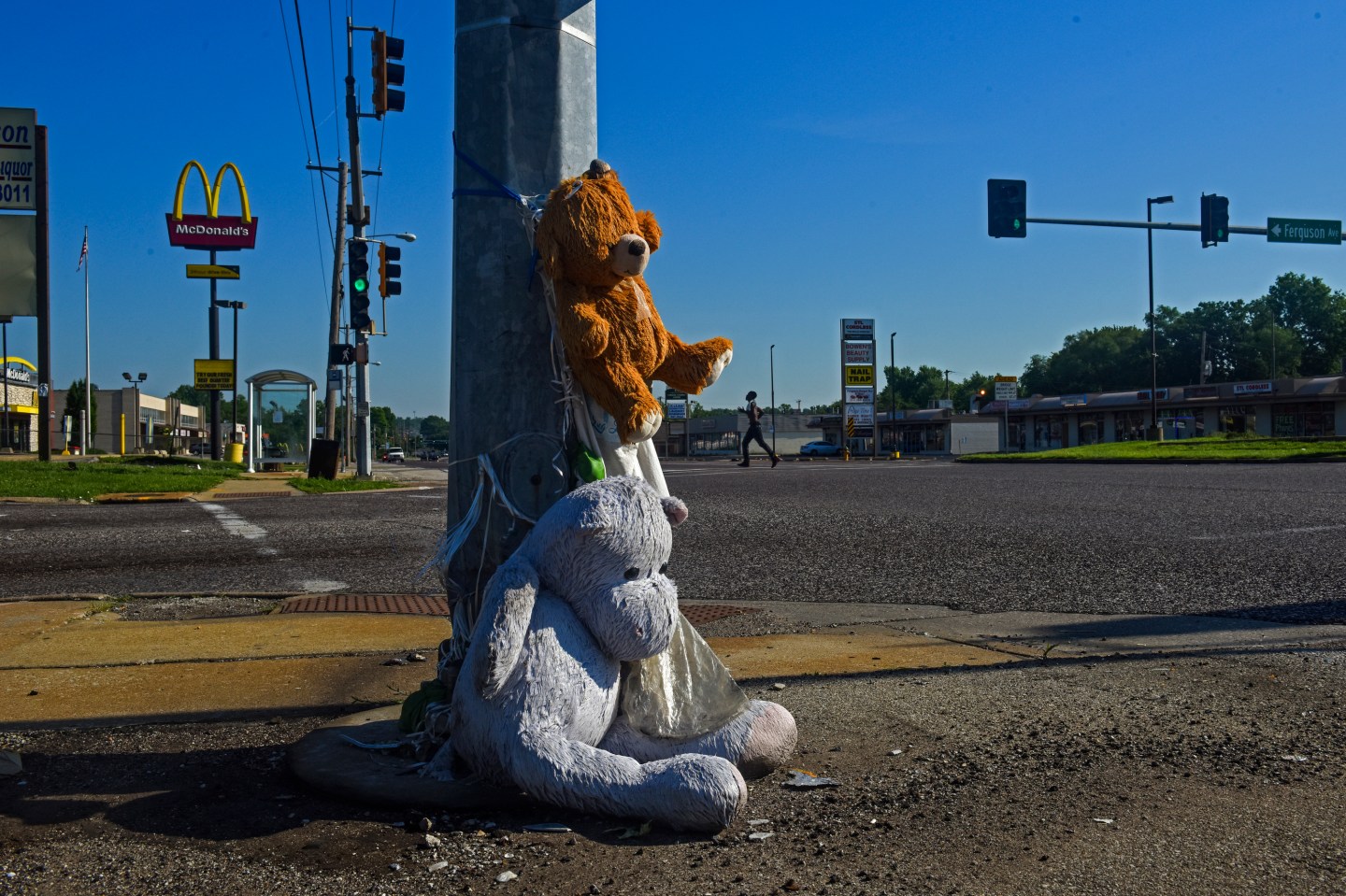 Each week as the unemployment numbers roll and the economic slide deepens, it becomes clearer that without significant funds from the federal government, cities and states are likely to face massive shortfalls, some even failing to make payroll and pay bills or defaulting on debt.

Everyone will be affected by the economic fallout of the COVID-19 crisis. But history tells us that Black Americans will feel the pain more deeply and for a much longer period.

When state revenues plummet, we can expect to see immediate cuts to essential programs like public education, senior services, transportation, and food assistance. And because cities don’t have the same taxing authority or tax base as states, to make up the budget shortfall municipalities are highly likely to increase fines and fees for routine services such as parking, loitering, and traffic violations.

I saw this firsthand in Ferguson, Mo., in 2014 after a police officer killed Michael Brown. Protests following the shooting were not only calling for justice to stop police brutality, but also to stop police targeting of the Black community in Ferguson to collect fees to fund the city’s budget. As organizers working with the group Communities Creating Opportunity, my colleagues and I went door-to-door hearing from Black folks who were fined for missing court because they couldn’t miss a day of work, or fined for driving with expired tags because people had to choose between paying for the renewal or making rent. We even met one Black mother who was fined for having a flat tire on a car parked in her driveway.

In fact, Ferguson had only 21,000 residents but raised $2 million per year in fines, earning the city the dubious ranking among the top municipalities in the St. Louis metro area for raising revenue. On almost every fine, Ferguson had higher rates than all surrounding municipalities. For example, an adjacent town charged $5 for a tall-grass violation, while Ferguson charged $77 for the same “offense.” Without fail, Black residents were systematically targeted and fined. When they could not pay, warrants were issued for their arrest, resulting in an even higher financial burden.

A civil rights investigation by the Justice Department found that in order to fund the city government, the Ferguson police department was pressured to write as many citations as possible, charging excessive fees that would lead to jail time if they could not be paid. It showed that in 2015, Ferguson budgeted 23% of its revenue from fines and fees. It also found that from 2012 to 2014, 85% of those stopped, 90% of those who received a citation, and 93% of those arrested were Black, even though Black people make up 67% of Ferguson’s population.

Ferguson is hardly an outlier when it comes to cities trying to raise revenue by exploiting poor Black residents. In fact, the jurisdictions that try to fill state budget gaps by raising fines and fees have Black populations five times greater than the national average. A 2017 study of 9,000 cities in the U.S. found that even after controlling for differences in income, education, and crime levels, cities with larger African-American populations collected an average of $12 to $19 more per person per year than those with the smallest number of Black residents.

In addition to the economic hardship this puts on already struggling families, it is the increased interactions with police issuing these citations that most concerns me. When police pile on fees that people cannot afford to pay and then seek them out to be detained, they create countless opportunities for confrontation.

In the last few weeks, we have had to confront the reality that our community is disproportionately impacted by the coronavirus while at the same time reeling from images of Black women and men being viciously killed at the hands of the police and white vigilantes.

States are already struggling and will continue to struggle to fill the massive hole in their budgets brought on by a pandemic-induced economic downturn. Following the killing of George Floyd, for which one police officer now faces charges of murder and three more face charges for aiding and abetting murder, representatives in the House and Senate are starting to realize that the problem with policing in Black communities is tied to systemic racism. But is also connected to historic economic disparities. If they are serious about justice in policing, they must pass immediate economic relief for states and cities and funnel funds directly into Black and Brown communities who bear the brunt of the impact.

The House has passed the HEROES Act—a $3 trillion investment that protects the workers and families who were previously excluded from COVID assistance and would help bolster state budgets, including $375 billion for localities. But Senate Majority Leader Mitch McConnell is blocking any path that legislation might have in the Senate. Instead, he’s openly welcomed states to go bankrupt and is focused on corporate immunity in any relief bills.

If state budgets continue to plummet and cities go bankrupt, the impact on Black communities will be immediate and long-lasting. If Congress wants to show that they truly care for Black lives, they must pass this relief package before it is too late.

Seft Hunter is the director of Black-led organizing and power building at Community Change, a social justice organization that builds the power of low-income people, especially low-income people of color.