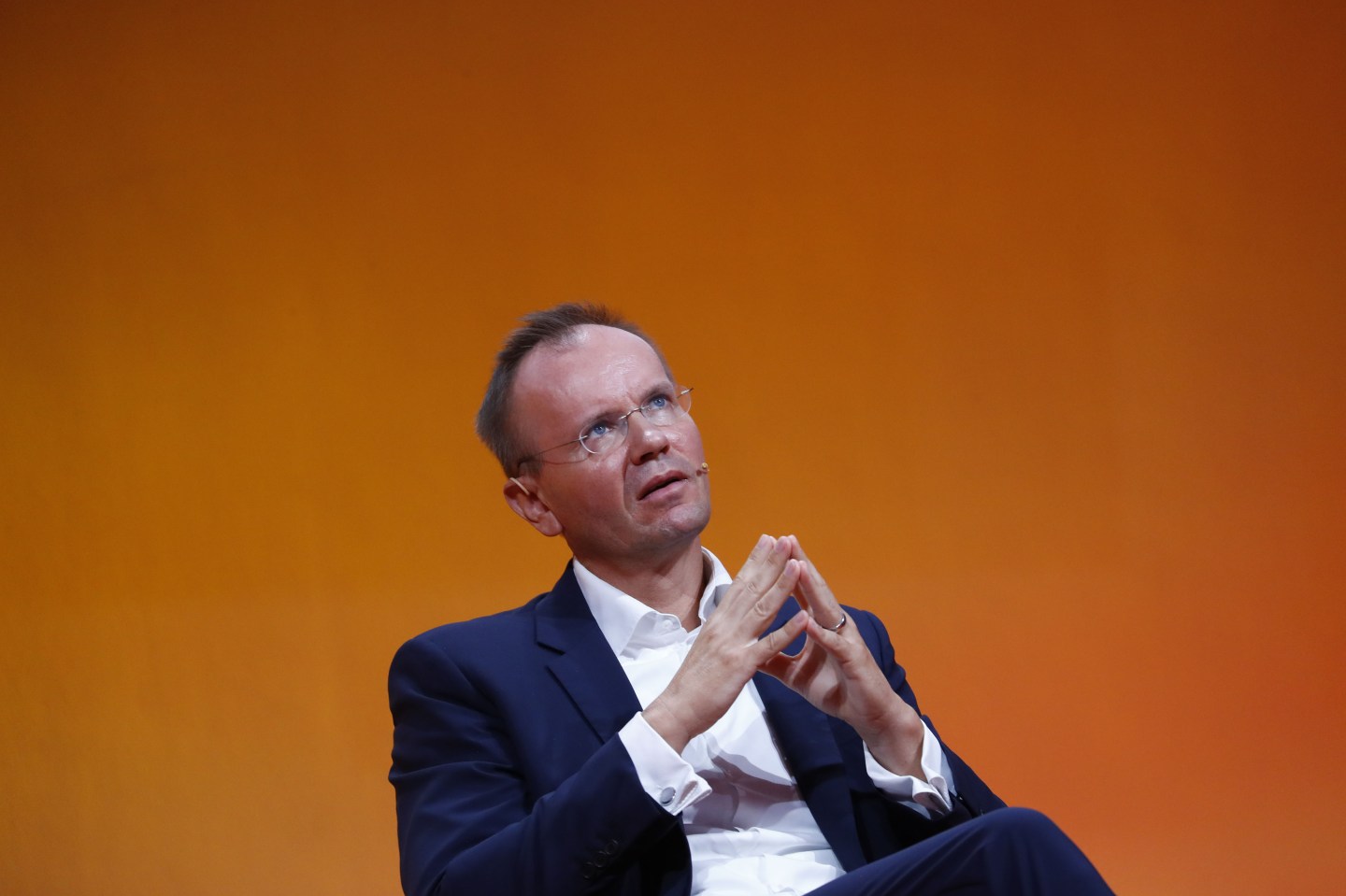 Wirecard AG, the German payments firm that’s fending off allegations about its accounting, delayed the publication of its annual financial results for the fourth time after auditors were unable to find about 1.9 billion euros ($2.1 billion) in cash. The shares collapsed.

Ernst & Young was unable to confirm the location of the cash balances in certain trust accounts, and there was evidence that “spurious balance confirmations” had been provided, Wirecard said in a statement on Thursday. That’s about a quarter of the consolidated balance sheet total, Wirecard said.

“It is currently unclear whether fraudulent transactions to the detriment of Wirecard AG have occurred,” said Wirecard’s Chief Executive Officer Markus Braun. “Wirecard AG will file a complaint against unknown persons.”

The stock dropped as much as 67% to 35.85 euros in Frankfurt on Thursday, the biggest fall on record and one of the largest for a member of Germany’s prestigious 30-company DAX stock index. Wirecard’s bonds also suffered a record plunge.

In September 2018, Wirecard reached a market valuation of 24.6 billion euros, replacing Commerzbank AG in the DAX alongside titans such as Volkswagen AG, Siemens AG, and Deutsche Bank AG. Following Thursday’s collapse, the company is valued at around 6.7 billion euros.

“Wirecard’s retreat could be terminal,” said Neil Campling, an analyst at Mirabaud Securities.

EY told Wirecard that their results will require additional audits after two unnamed Asian banks that have been managing the company’s escrow were unable to find accounts with about 1.9 billion euros in funds, Wirecard said in an additional statement. Those funds had been set aside for risk management, the company said.

Wirecard said last month that the latest delay in publishing results was due to Ernst & Young needing more time to finish its review, and that the auditor hadn’t found anything material within the scope of its work. Wirecard had postponed the results while it was working with KPMG on a probe into allegations about accounting irregularities brought forward by a series of articles in the Financial Times.

The latest delay will increase the pressure on Braun, who’s led the company since 2002 and has aggressively fought back against allegations that the company’s financials have been mismanaged. Braun has also resisted calls from activist investors TCI Fund Management Ltd. to step down, promising to regain investor confidence and improve compliance and control.

Wirecard headquarters were searched in May by German prosecutors as part of a probe involving the company’s senior management.

While KPMG found no reason for Wirecard to restate its results, the firm said it didn’t get access to all of the information it needed, much of which was in the hands of third parties.

Wirecard said in February that full-year revenue rose about 38% to 2.8 billion euros while earnings before interest, taxes, depreciation and amortization jumped 40% to 785 million euros.