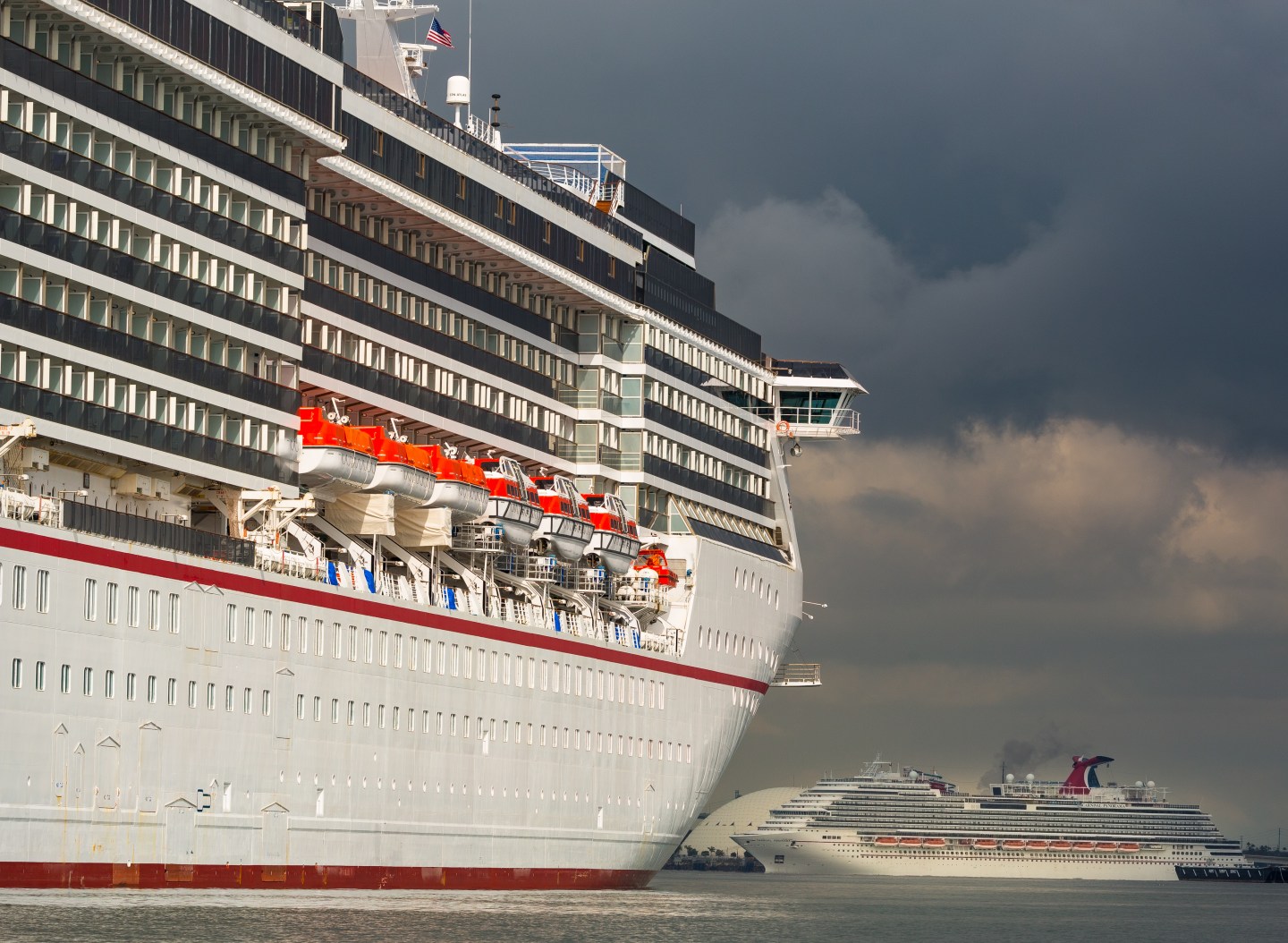 The Carnival Corp. Miracle and Panorama cruise ships sit acnhored at the Port of Long Beach in Long Beach, California, U.S., on Monday, April 13, 2020. The Centers for Disease Control and Prevention extended its No Sail Order for all cruise ships by at least 100 days -- or until Covid-19 is no longer considered a public health emergency. Photographer: Tim Rue/Bloomberg via Getty Images
Tim Rue—Bloomberg/Getty Images

As the pandemic and its near-total shutdown of leisure travel continues to ravage the cruise industry, the world’s largest cruise company is leaking floods of cash.

Carnival Corp. lost $4.4 billion in the quarter ended May 31, including a $2 billion loss from selling off some of its cruise ships, the Panama-based company said Thursday. With almost all of its operations on hold since March, the company eked out $700 million in revenue—an 85% plummet from $4.8 billion a year earlier.

But the pain is far from over: Even as the company plans to accelerate the sales of more of its enormous floating hotels, Carnival says it expects to burn an average of $650 million per month for the rest of 2020. It previously was burning about $500 million every month, according to analyst estimates.

Cruise companies were some of the earliest businesses to feel the effects of the global COVID-19 pandemic—and to draw widespread criticism for their lumbering response to it. Carnival, which operates Princess Cruises as well as Holland America and its eponymous brand, was at the center of early COVID-19 outbreaks on its Grand Princess and Diamond Princess ships. Now the company is facing passenger lawsuits and a U.S. House of Representatives probe into its handling of the early crisis.

Compounding their financial pain, Carnival and its top competitors were also left out of the U.S. federal stimulus package designed to throw American businesses a lifeline. While the major cruise operators all have headquarters in Miami, they are technically incorporated overseas, in a long-standing arrangement that allows them to avoid paying U.S. federal income tax on most of their profits.

Carnival CEO Arnold Donald in April reaffirmed his company’s intention to remain incorporated abroad. But now he is scrambling for other financing: His company has raised $6.6 billion in debt and stock, completely tapped its $3 billion revolving credit facility, deferred other debt payments, and is selling off assets. Carnival said Thursday that it has preliminary agreements to sell another six ships in the next 90 days, and is working to sell more ships and non-ship assets. The company says it had $7.6 billion of available liquidity by the end of May.

Carnival had 104 ships in its fleet at the end of its 2019 fiscal year, with 17 additional ships, including planned replacements for existing vessels, on order through 2025. (The company said Thursday that it expects delays in the delivery of four of those ships, which previously had been scheduled to be constructed before October.)

Those measures may help Carnival stay afloat until passengers are able to reboard its ships—although it has become increasingly unclear when that will be. While the company had previously said it might resume some cruises on Aug. 1, Donald has backed away from that hope in recent days.

“I wish I could give you a date, but we can’t, because it’s a regulatory matter,” Donald told travel website The Points Guy in an interview this week.

The U.S. Centers for Disease Control and Prevention in April extended a “no-sail” order for cruise ships through at least July 24. But industry members seem to anticipate further regulatory delays; this week, Norwegian Cruise Line Holdings said it would not resume cruise operations before October.

On Thursday, Carnival did not specifically address its previous Aug. 1 prediction, but said it “is unable to definitively predict when it will return to normal operations.”

In the meantime, Carnival ships aren’t entirely without passengers, however unwilling they may be. The pandemic-related shutdown of cruising stranded more than 80,000 Carnival employees at sea, on board ships, until they could be repatriated to their home countries.

Employees across all cruise companies have reported grim and sometimes COVID-infected conditions while they have been trapped at sea. By mid-May, more than 578 crew members had contracted COVID-19 at sea, and seven had died, the Miami Herald reported; others have reportedly died by suicide.

On Thursday, Carnival said it had repatriated approximately 60,000 cruise-ship employees to more than 130 countries, either by sailing them home or by chartering flights. Another 21,000 employees will be repatriated by the end of June, according to Carnival, which added that it is “focusing on the physical and mental health” of employees “experiencing extended stays on board.”

That includes giving employees access to “fresh air and other areas of the ship,” as well as movies, Internet, and counseling services. The company also said it is “providing most shipboard team members with single occupancy cabin accommodations, many with a window or balcony.”