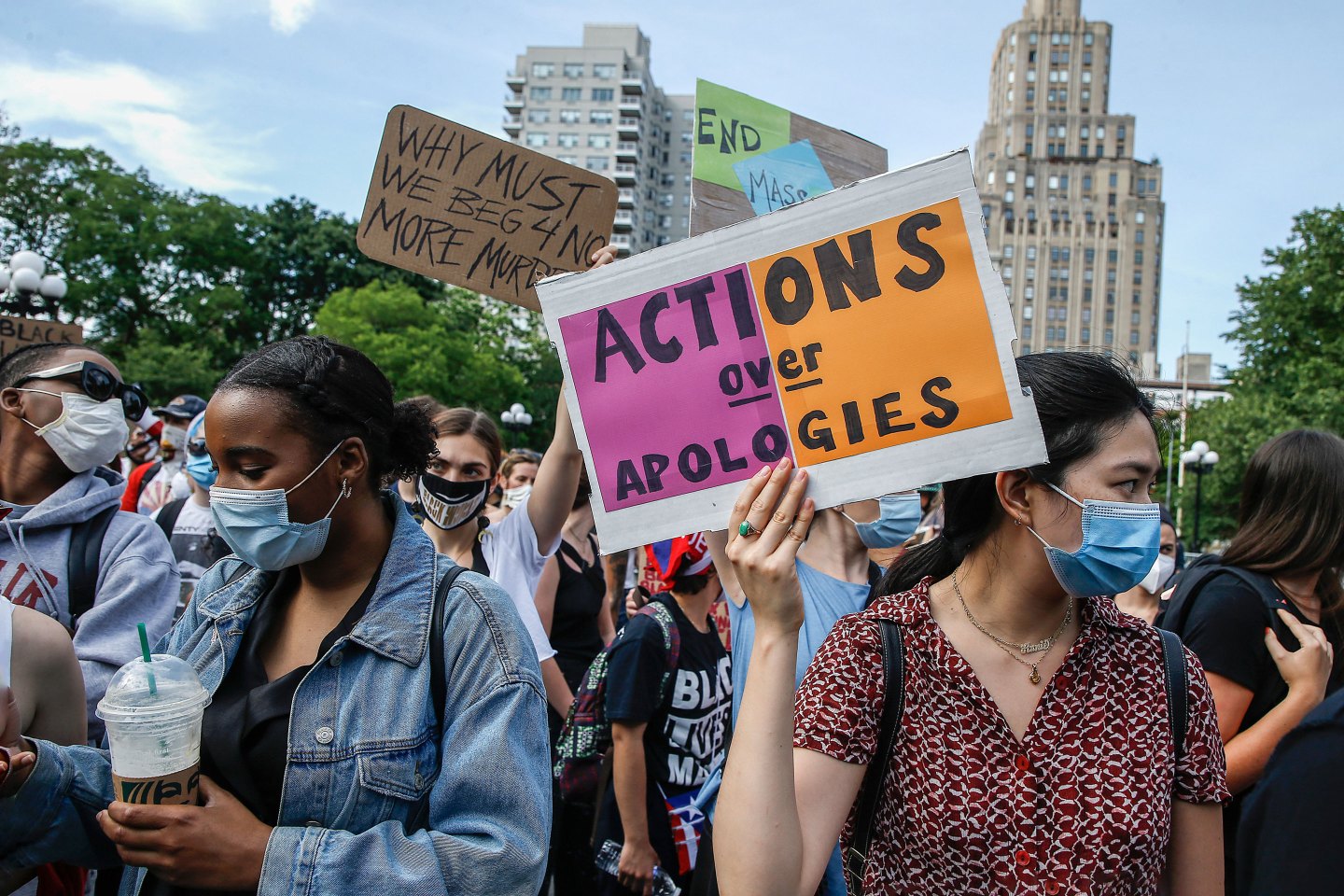 Our economy has never been hit so hard so fast. Even the 1929 market crash pales in comparison to the deep economic shock caused by the coronavirus. And just as the virus was appearing to wane, cases are skyrocketing across the U.S.

Meanwhile, the nation is undergoing social unrest following the killing of George Floyd. As the country faces economic, health, and social crises all at once, Fortune decided it’s a pressing time to survey CEOs to find out how businesses are reacting and changing in the middle of it all.

Fortune conducted a survey of CEOs in collaboration with Deloitte. We received 222 CEO responses from June 8 to 12.*

Around 4 in 10 CEOs say their companies have furloughed or laid off workers or cut their pay. That’s helped pushed the total number of unemployed Americans to 21 million as of May.

And it’s looking like many of those out-of-work Americans might struggle to find new jobs: Around 6 in 10 CEOs say their company has implemented a hiring freeze or deferred new hiring. A small minority of firms are still growing, with 19% of CEOs saying they’ve expanded hiring since the start of the crisis.

2. The digital transformation of business just went into overdrive.

I recently interviewed Adobe CEO Shantanu Narayen over a video call from his California home, where he’s remotely running the software giant. He says that the digital transformation trends that were growing steadily before the pandemic are now rapidly undergoing implementation. His company’s growth during the crisis speaks to that digital wave: Adobe, known for everything from its cloud-computing business to creativity software products, reported a record revenue for the last quarter.

The move to digital is clearly gaining more attention and investment from the C-suite. 77% of CEOs say their company’s digital transformation was significantly accelerated during the crisis. 40% are already spending more on IT infrastructure/platforms. That expense was second only to workplace safety spending, which has majorly increased at 50% of companies.

One more thing: Among CEOs surveyed by Fortune, 9% say they’ve spent more on mergers and acquisitions since the start of the pandemic. That is a bigger deal than the number might first appear to be: Firms are seizing business opportunities caused by this deep economic shock.

3. It’s no longer just a tagline. WFH might actually be the new normal.

Before the crisis, just 13% of workers were remote at firms run by the Fortune CEO community. That percentage stood at a staggering 73% in June, even after states eased their lockdowns. CEOs interviewed by Fortune estimate that number will fall to 43% by January 2021, but only to 36% by the start of 2022. CEOs are serious about allowing more of their workforce to work from home.

Some companies like Facebook and Twitter have already announced policies that allow more employees to work from home permanently. Others, like Adobe CEO Narayen, say it’s too early to commit to specific policies—but once the crisis ends, they will incorporate more remote working for staff who prefer it.