What to know about a potential ‘second wave’ of COVID-19 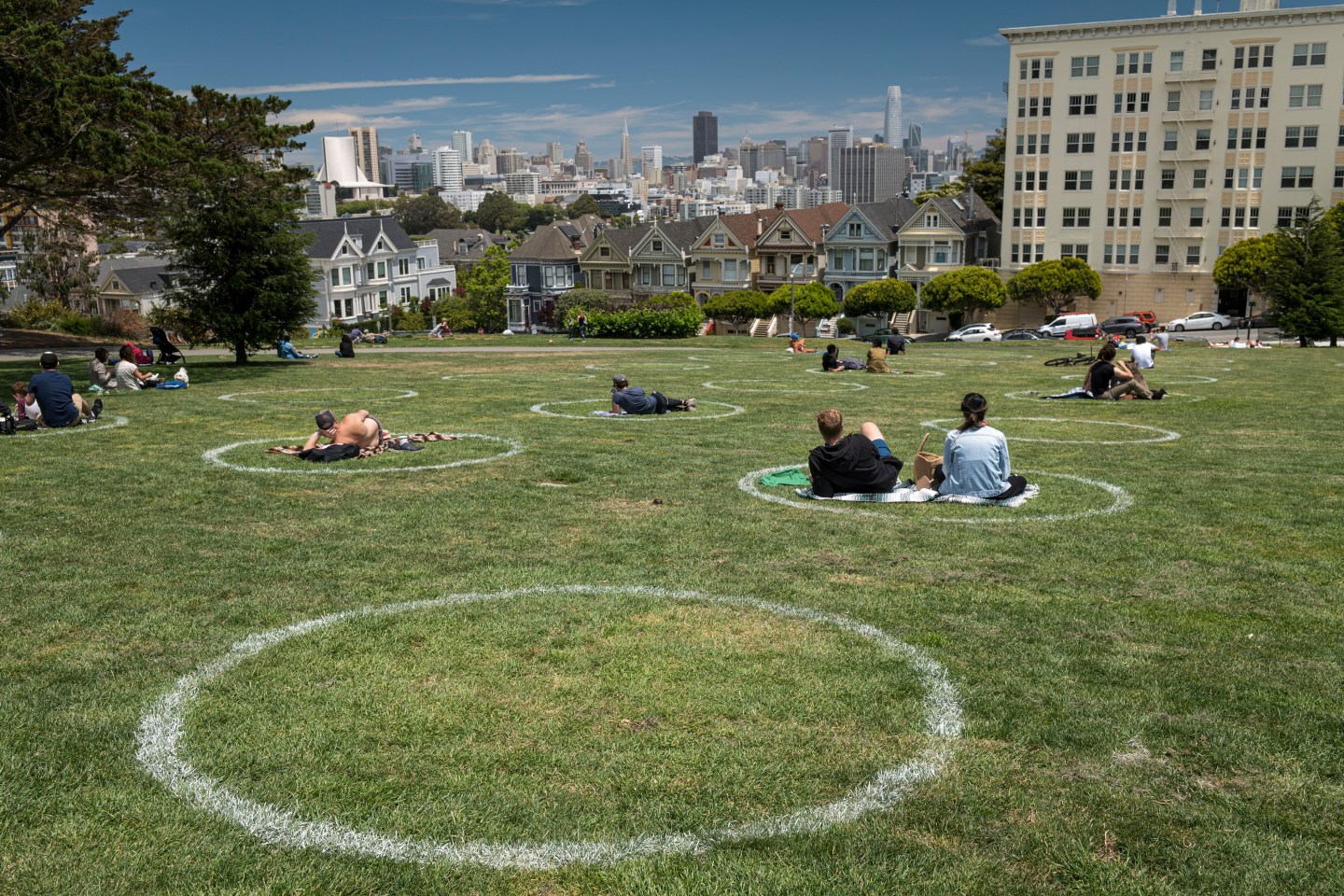 Subscribe to Outbreak, a daily roundup of stories on the coronavirus pandemic and its impact on global business, delivered free to your inbox.

As authorities the world over lift economy-crippling movement restrictions aimed at curbing coronavirus infections, the fear on everyone’s minds can be expressed in two words: second wave. The concern is that, once quelled, the pandemic will resurface with renewed strength, causing a repeat of rising infections, swamped health systems and orders for lockdowns. Rashes of new cases in pockets of Asia and the U.S. have added to the fears.

What is a ‘second wave’?

It’s not a scientific term with well-defined parameters. Rather, it’s used to refer to a subsequent, serious increase in cases that occurs after the original surge has been quashed in a given area. Pandemics are caused by new pathogens that the vast majority of humans have no immune protection against. That’s what allows them to become global outbreaks. Pandemics are uncommon, but influenza is one of the more frequent causes. What often happens is that a novel variant of flu virus spreads around the world and then recedes, kind of like a tsunami. A few months later, it comes back and spreads around the world, or large parts of it, again.

Is there going to be a second wave of COVID-19?

Most countries responded to the pandemic by restricting movement, which slows the virus’s spread but leaves many people vulnerable to infection once they begin to venture out again.

Parts of the U.S. including Texas, California and Florida have seen localized outbreaks weeks into their re-openings. Experts are at a loss to explain why; it’s not clear they’re linked to resumed economic activity. There also have been scares in Asia. Travel restrictions were imposed on more than 100 million people in China’s Jilin province, on the border with Russia, after dozens of cases were detected there in May—a month after China’s first lockdown ended in far-away Wuhan. By early June that outbreak was under control and normal life was resuming. South Korea, which began easing its social distancing measures in April, suspended plans for further relaxation in June as new infections emerged. Testing, isolating and contact-tracing remain the main tools to stop a cluster from growing into a wave.

What makes a first wave recede?

Influenza pandemics can be temporarily beaten back by the change of seasons, moving to the southern hemisphere when the northern half of the globe heats up during its summer, and vice versa. The virus may also have infected a huge portion of people in most areas, giving them immunity from re-infection and possibly creating so-called herd immunity, which protects those who haven’t been infected by curtailing the virus’s circulation. In the case of the coronavirus that causes COVID-19, countries around the world adopted movement restrictions on an unprecedented scale and social-distancing measures that combined kept people far enough apart that the virus couldn’t easily spread.

How does a virus come back?

Lifting containment measures too quickly may allow cases to start rising anew. Other factors could lead to a more dramatic increase that might be clearly recognizable as a second wave. In the case of influenza, there’s the onset of cool weather, a factor that may affect the coronavirus, too. Or the pathogen can mutate. This is another feature of flu, which evolves more or less constantly. In the latter part of 1918, a second wave of the historic influenza outbreak occurred and caused most of the deaths in that pandemic. Some researchers believe it was brought about by a mutation that made the virus again unrecognizable to most people’s immune systems. Another important variable is the movement of the virus to populations that haven’t been exposed before and don’t have immunity.

What could prevent it?

The WHO has recommended lifting movement restrictions in stages to test the effect of each before moving to greater openness. In any case, experts say, the key to keeping infections low without locking down everyone is to scale up testing and contact tracing. Health authorities need to find infected people, isolate them and identify their recent contacts, so they can be tested as well and isolated if necessary. Eventually, it’s possible that enough people will become exposed to the coronavirus that herd immunity will develop and it will stop spreading, or that a vaccine against it will be licensed.

Why wasn’t there a second wave of SARS?

The 2002-2003 outbreak of severe acute respiratory syndrome in Asia never reached the scope of a pandemic. Though caused by a coronavirus, it wasn’t as contagious as the one responsible for Covid-19. Its spread was mainly restricted to hospitals and other settings where people came in close contact with the body fluids of infected patients. Ebola is another pathogen relatively new to humans. There have been periodic outbreaks in Africa, but while the virus is highly contagious in some settings, it hasn’t been sufficiently infectious to spread around the world like the coronavirus.