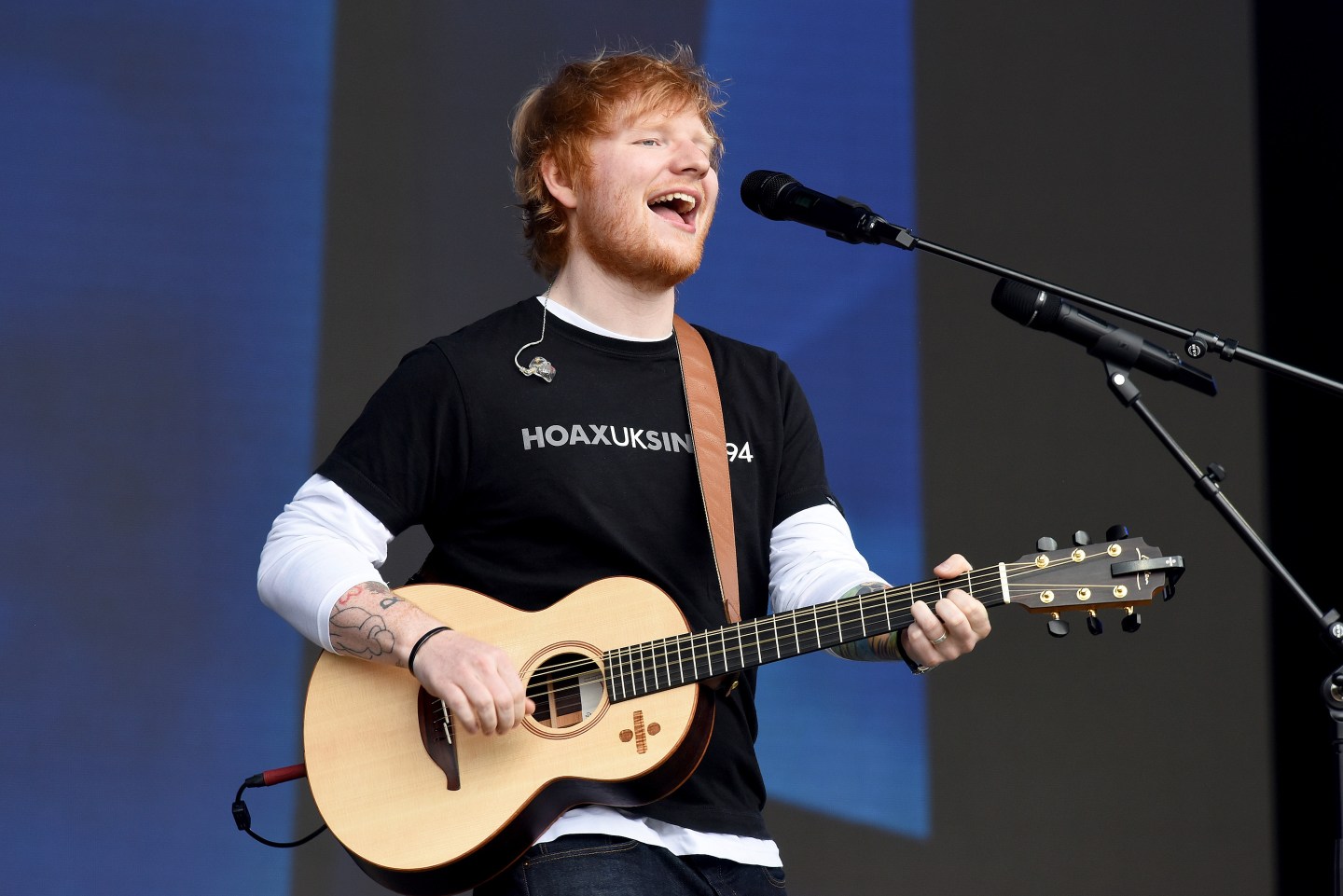 Warner Music Group Corp. reignited its plans for an initial public offering, becoming the latest music company to cash in on a streaming boom that’s only accelerated in the coronavirus era.

Backed by billionaire Len Blavatnik, shareholders of the New York-based record group behind artists such as Cardi B, Ed Sheeran and Bruno Mars plan to sell 70 million shares of its Class A common stock priced between $23 and $26 a share — raising as much as $1.8 billion — according to a regulatory filing on Tuesday.

The offering consists entirely of secondary shares to be sold by Blavatnik’s Access Industries and certain related selling stockholders, the filing said. Warner Music won’t retain any of the money raised.

Music sales have surged in recent years thanks to the growth of paid streaming services from Spotify Technology SA and Apple Inc. That’s boosted the value of music companies and enticed investors back to the record industry.

Warner Music initially filed for the IPO in early February, then shelved the plan in March as markets plunged in the early stages of the coronavirus pandemic. But as painful as the crisis has been in lost lives and broad economic disruption, it has also brought winners — including streaming companies. Spotify shares, for example, have risen 36% since Reuters reported that Warner Music would delay the offering.

Blavatnik, a Ukrainian-American, has a net worth estimated at $22.9 billion, according to the Bloomberg Billionaires Index. He bought Warner Music for $1.3 billion in 2011, when the music industry was in the depths of a 15-year decline. Warner Music sales have climbed by 50% since 2015. The company reported net income of $258 million in fiscal 2019 on revenue of $4.48 billion.

Warner Music’s investors aren’t the only ones taking advantage of the industry’s resurgence. Vivendi SA agreed last year to sell a minority stake in Universal Music Group, the world’s largest music company, to a group led by China’s Tencent Holdings Ltd. That transaction valued the business at 30 billion euros ($32.9 billion).

Warner markets its music through labels such as Atlantic Records, Warner Records and Parlophone. It also owns Warner Chappell, a music publishing business. While the labels work with recording artists, publishers represent songwriters. Songwriters signed to Warner Chappell include Lizzo and Katy Perry. Recorded music made up 86% of Warner Music’s sales last year, but publishing is a stable, profitable business.

Morgan Stanley, Credit Suisse Group AG, and Goldman Sachs Group Inc. are acting as joint bookrunners and as representatives of the underwriters for the offering.