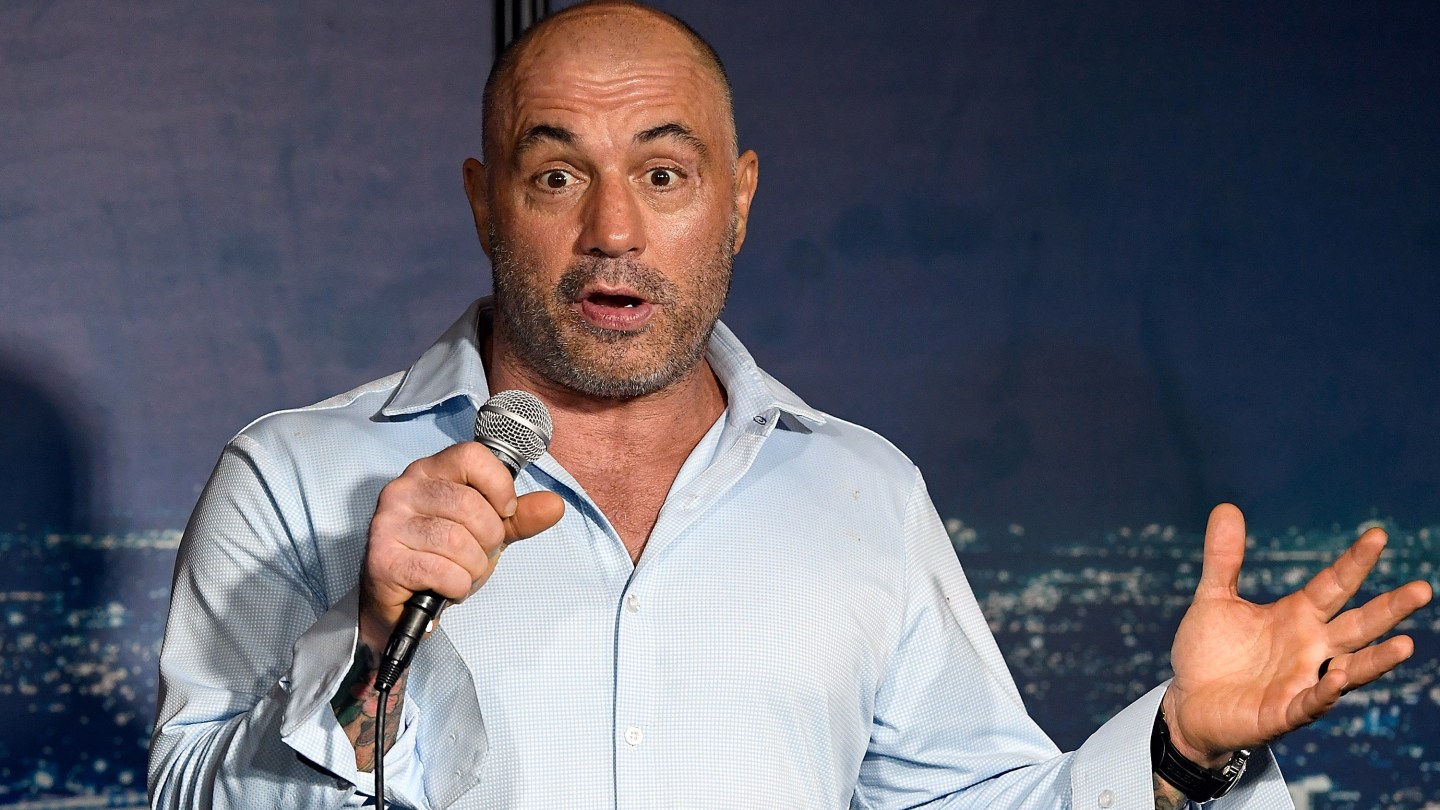 Spotify Technology SA signed a deal with comedian and TV host Joe Rogan, gaining exclusive rights to one of the most popular and influential audio programs in the U.S. and sending its stock up more than 11%.

Rogan will make his podcast, “The Joe Rogan Experience,” available on Spotify starting Sept. 1, with the show becoming exclusive to the service later this year, the company said Tuesday. Spotify also gains exclusive rights to videos that Rogan films while taping his podcast.

Signing Rogan is a coup for Spotify, which has invested hundreds of millions of dollars in original podcasts over the past few years. A former standup comedian and host of the TV show “Fear Factor,” Rogan has built one of the most loyal followings in all of podcasting over the past decade. His show routinely ranks at or near the top of the charts on Apple Inc., the world’s top podcast supplier.

Shares of Spotify soared as high as $179.69 in New York on the news. The company has sold investors on the idea that podcasts will benefit its business in much the way original TV series have helped Netflix Inc., providing programs that differentiate Spotify from competitors and are financially more lucrative.

Politicians, celebrities and business leaders all appear on Rogan’s sometimes controversial podcast, eager to win favor with his listeners. Bernie Sanders stopped by the show as part of his presidential campaign, while Tesla Chief Executive Officer Elon Musk has appeared a of couple times. Spotify isn’t buying Rogan’s company, as it did with Bill Simmons’s The Ringer or Gimlet Media. Instead, it has licensed the rights to his show for an undisclosed sum.

Rogan is taking a risk. There’s a chance he will lose the majority of his audience, since Apple accounts for more than 60% of listeners for most podcasts.

But Spotify is hoping many of those listeners defect, and can help Rogan expand his audience overseas as well. The company has the most popular podcasting app in many international markets and has established itself as the clear No. 2 in the U.S.

“It will be the exact same show,” Rogan said in a video. “I’m not going to be an employee of Spotify. We’re going to be working with the same crew doing the same show. The only difference will be it will now be available on the largest audio platform in the world.”