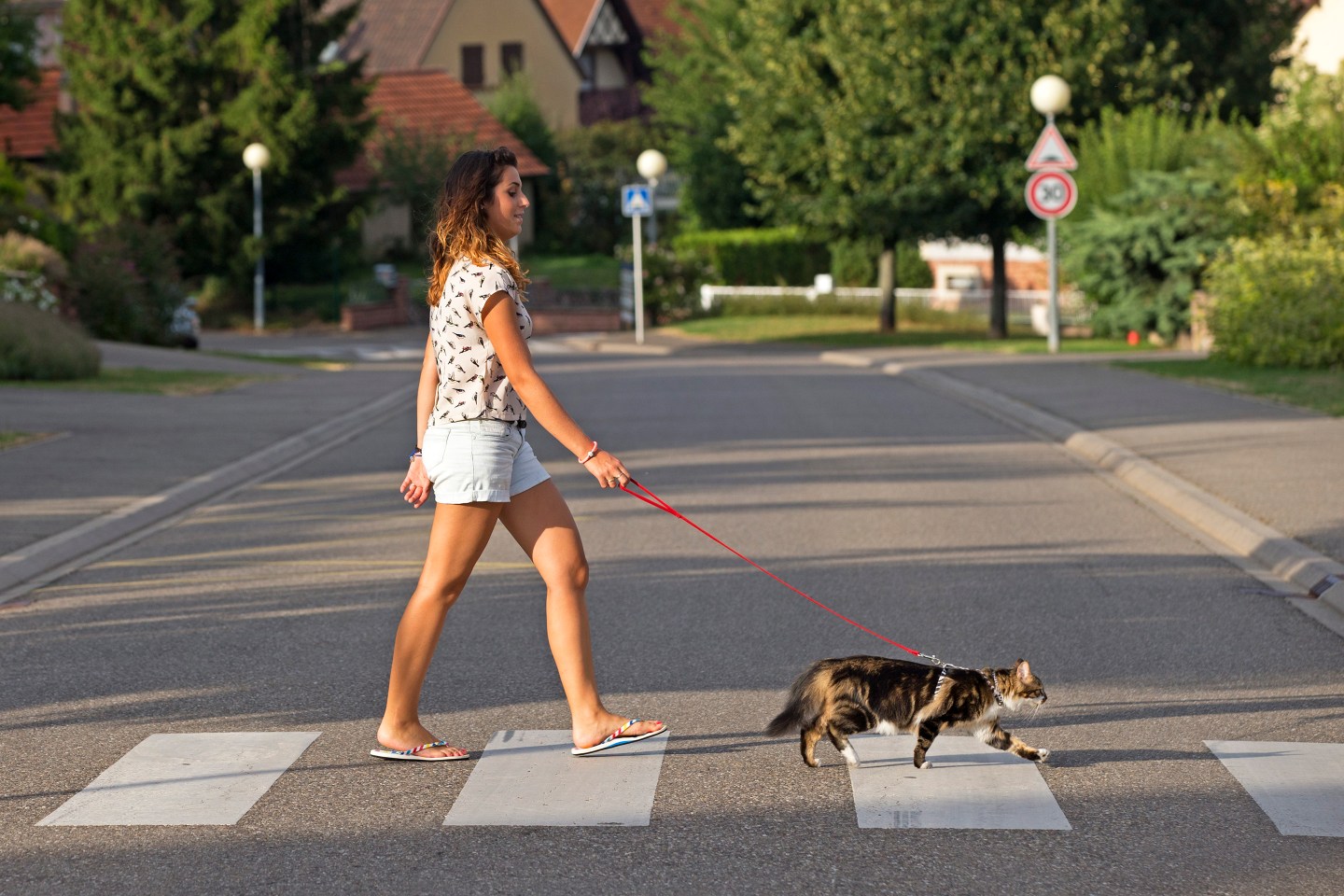 Humans worshipped cats in pharaonic times and have been their servants, one way or another, almost ever since then. But until recently, the felines have not been getting that kind of deference in the modern-day United States from a pet products industry more focused on their canine counterparts.

It’s easy to see why doggos get so much attention from pet stores and manufacturers. Among U.S. pet owners, spending per dog last year was $1,381, while for cats it was $908, according to AlixPartners. Most cats are much smaller than most dogs, so they consume less food. Cats are much more difficult to coax into a visit to the vet. And there are fewer cat owners to cater to: 43 million U.S households have a cat, but there are 63 million with a doggie.

Still, industry players, from big-box retailers to foodmakers to Silicon Valley entrepreneurs, are hopeful that they can eventually get pet owners to spend on their cats like they spend on their dogs—and thus expand an underexplored market. Those folks are seeing promising signs in some product lines: An AlixPartners analysis of APPA’s data found that expenditures on vitamins, treats, toys, and grooming aids are all seeing significant growth among cat owners. (For more, see “It’s a dogfight at America’s pet stores as COVID-19 upends the $96 billion industry.”)

Right now, cats account for only about 7% of the $7 billion spent annually on pet treats. Food makers think they can shake that up—not least because, in the era of Instagram and sheltering in place, teaching old cats new tricks is more rewarding for their owners. “You have cat parents who want to reward and engage their cats in new and different ways,” says Rob Ferguson, interim SVP for pet food, pet snacks, and supply chain at J.M. Smucker, which earlier this year launched cat treats under its Rachael Ray Nutrish brand. It remains to be seen whether cats feel the same way, but the industry is prepared to feed the beast, so to speak. “The cat treats market has been ‘doggified,’” says David Sprinkle, an analyst with research firm Packaged Facts.

Cat food has not seen the kind of proliferation of innovation dog food has seen. While dogs are omnivores who can be persuaded to eat such health food staples as quinoa and broccoli slaw, cats are mini-carnivores related to lions and tigers, with fairly limited dietary interests. “Cats…don’t gravitate toward natural food quite as well—they like the sound of a can,” says PetSmart CEO J.K. Symancyk. Of course, foodmakers know that convincing the owners of a food’s healthfulness is more important than convincing the cat: Smucker last year launched grain-free Meow Mix.

Cats…don’t gravitate toward natural food quite as well—they like the sound of a can.

In the startup world, new ventures in the pet space have also predominantly focused on dogs. Leonid Sudakov, president of Kinship, a $100 million investment fund set up by Mars Petcare, thinks that focus has something to do with Silicon Valley bros being more likely to own dogs than cats. But exceptions are beginning to emerge. Despite its name, JustFoodforDogs, which makes “human-grade” food, has a small but growing menu for cats. CatPerson, a startup that sends boxes of treats and supplies to cat servants, launched in March. And Kinship has put money into a Chinese company called Mollybox, a subscription service for food and supplies focused on cats, because he thinks they will spur the next big boom in pet products. (For more, see “10 big business deals that are changing the pet industry.”)

The coronavirus pandemic could also bolster veterinary spending on cats. Felines visit the vet far less often than dogs because of how traumatic leaving the house can be for them (and, these days, for their owners). Americans currently spend $650 per year per dog on vet visits, compared to $374 per cat. But the growing use of telehealth and virtual consultations could narrow that gap.

“Cats have been a strong No. 2 for a long time,” says Steve King, CEO of the APPA. That comment that would likely elicit a hiss from any feline that could be bothered to react. But if they cared, cats might find solace in the fact they could be catching up.