Will COVID-19 change how Big Pharma does clinical trials? 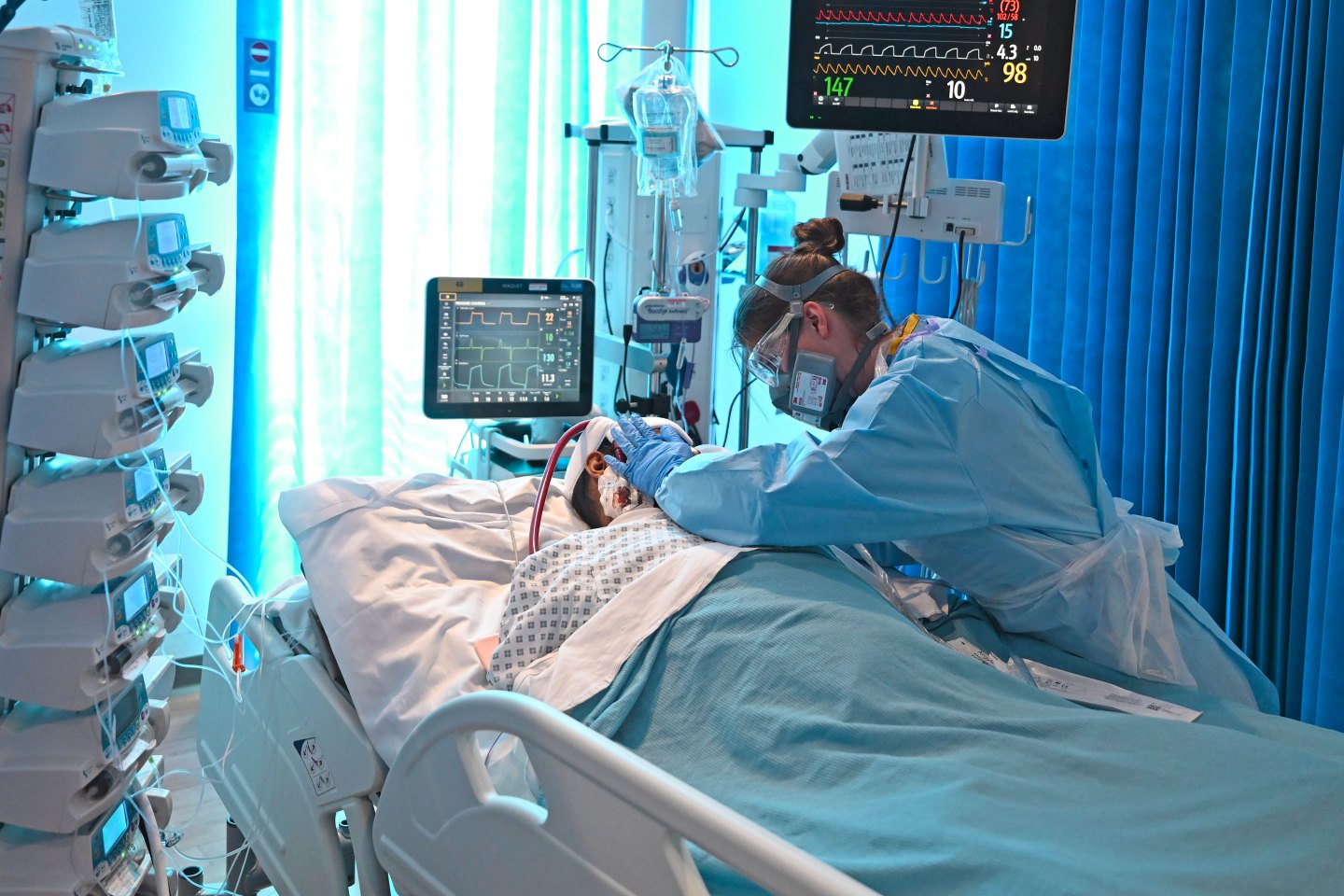 Sumathi Sivapalasingam, senior medical director at Regeneron, the New York–based biotech, has spent recent weeks, like many Americans, working from home. But even hunkered down in her Brooklyn apartment, Sivapalasingam, an infectious disease specialist and physician who previously worked at Bellevue Hospital and battled outbreaks around the world for the CDC, has felt very much in the thick of the fight against COVID-19.

When Fortune spoke with her in early April, she was spending nearly every waking moment on the phone, speaking with clinical trial investigators and physicians about Kevzara, a rheumatoid arthritis drug developed by Regeneron and Sanofi, the French pharmaceutical firm, that is being studied as a possible treatment for the most critically ill COVID-19 patients. The companies are actively testing the drug—an immune signal blocker that researchers hope will brake the deadly inflammation seen in the sickest patients—in a randomized, double-blind, placebo-controlled trial conducted at over 50 sites around the globe.

Such a trial has long been considered the gold standard in medicine—the design most likely to produce unbiased and meaningful results—but it’s not easy to pull off in the middle of a pandemic. Among the calls Sivapala­singam has received are heart-wrenching ones from friends, family, and physicians who find themselves treating dying colleagues and loved ones: Could Regeneron help?

“There’s this feeling, ‘What do we do? We’ve done everything, and they’re dying,’ ” says Siva­palasingam, who notes the personal connection trial investigators feel with some trial participants, while poignant, is just one of many challenges involved in running a rigorous, blinded clinical study in the time of COVID-19. One of the Regeneron investigators became infected and, for a time, oversaw his site’s study while quarantined. The process of getting informed consent from critically ill patients—whose relatives may well be sick or quarantined themselves—has also proved tricky. So, too, is getting robust data on the condition of study participants when there’s a global shortage of personal protective equipment (PPE).

“Even taking temperature can require burning through very, very scarce PPE,” says Sivapalasingam. For Kevzara, she adds, many of the trial assessments have been made optional. “We’ve peeled off anything but what’s most essential for us to maintain high data quality.” To assist health care workers—already overstretched by the demands of treating patients—Regeneron has sent teams to help collect data at non-research hospitals.

As enormous as those challenges are in the current moment, Sivapalasingam, her colleagues, and many of their scientific peers around the world argue that rigorous, well-­designed clinical trials have never been more important—or sorely needed.

“Research was really a bit of an afterthought to dealing with the crisis,” says Martin Landray, a professor of medicine and epidemiology at Oxford. “As a consequence, certainly in Italy, lots of different drugs were used in large quantities in lots of patients, but at the end of it, nobody was any the wiser on whether any of them had done any good or done any harm.”

Indeed, as the novel coronavirus has swept around the globe with frightening speed, sickening millions and killing tens of thousands in brutal and baffling ways, the general impulse has been to try anything that might conceivably work. Up against a crush of patients on the brink of death, physicians around the world have tried a slew of old compounds—including the antimalarial drug hydroxychloroquine, which President Trump eagerly promoted—without much evidence to support them.

There have been enormous numbers of small, low-grade studies which are frankly a waste.

Martin Landray, professor of medicine and epidemiology at Oxford

“People want to help [patients], and they want to be quick. They are forgetting a little bit the lessons we’ve learned in history,” says Pamela Tenaerts, executive director of the Clinical Trials Transformation Initiative, founded by the FDA and Duke University. During the 2009 H1N1 flu pandemic, an investigational drug called peramivir was made available under an emergency-use authorization. Nearly 1,300 seriously ill patients in the U.S. were given the drug, but according to a 2015 study published in The New England Journal of Medicine, “No reliable data on effectiveness were derived from this use.”

There are currently 1,476 COVID-19 clinical trials listed in the U.S.’s National Institutes of Health database, but experts say few are the sort of large, robust studies needed to tease out conclusive findings.

“There have been enormous numbers of small, low-grade studies which are frankly a waste,” says Landray. “One thinks about the number of patients who’ve gone into those studies. If I’m putting them into adequately large, robust, randomized controlled trials, then we would have answers to so many questions by now.”

It was that realization that led Landray, in early March, to design the Recovery trial, which has become the world’s largest study of COVID-19 drugs. Conducted across the U.K.’s National Health Service and open to any hospitalized COVID-19 patient, the trial, which is currently studying the effectiveness of five drugs, enrolled more than 9,000 patients.

In its straightforward approach, the Recovery study is a radical departure from the modern clinical trial, which, Tenaerts says, often suffers from a “Christmas tree effect,” ornamented with clinical questions. Says Landray of the trial’s stripped-down nature: “You have to let go of your orthodoxies, your traditions. Focus on what matters and forget the rest.” Hopefully that’s a shift in thinking that will outlast the pandemic.

When Oxford professor Martin Landray found himself on a bus seated next to Jeremy Farrar, director of the global health charity Wellcome Trust, the two decided the U.K. needed a large, simple, and flexible trial that could quickly compare the performance of possible COVID-19 treatments. Designed in days, the trial has enrolled more than 9,000 COVID-19 patients as participants.

Similar to the U.K.’s ­Recovery trial, this WHO-run study is testing multiple drugs in the ­treatment of COVID-19 patients around the world. WHO estimates it will take 80% less time than the average randomized trial.

The National Institute of Allergy and Infectious Diseases’ randomized, controlled trial of remdesivir, an antiviral developed by Gilead, made headlines after early data suggested the drug may hasten recovery from COVID-19. Remdesivir is being studied in other trials around the world, including in the WHO’s Solidarity trial (see above).

The biotech has one drug, Kevzara, already in trials, and expects to have another—an antibody cocktail to treat COVID-19 patients and serve as a prophylaxis to protect the most vulnerable—in June.

A version of this article appears in the June/July 2020 issue of Fortune with the headline “Trials by fire.“