Prescription drug costs are spiraling, but price controls are the wrong solution 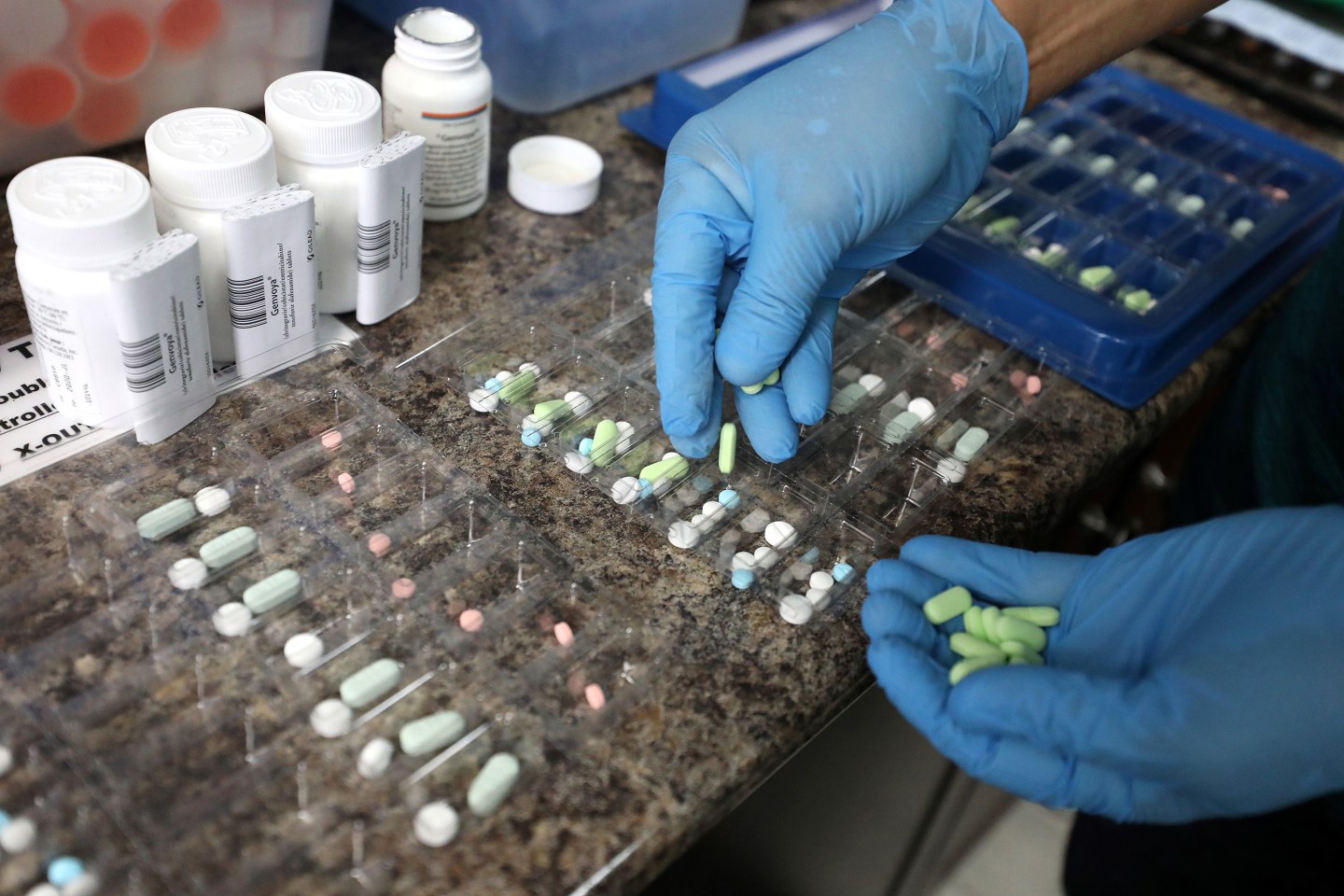 A pharmacist counts prescription drugs at the at the CentreTown Pharmacy in Ottawa, Ontario, Canada, June 12, 2019. REUTERS/Chris Wattie
Chris Wattie—Reuters

Both measures would certainly cut drug prices—but they’d do so in vastly different ways. The Wyden-Grassley bill embraces heavy-handed government price-setting, which would cripple biotech businesses and their vendors across the country.

By contrast, Crapo’s bill would ease patients’ pain at the pharmacy counter—without hamstringing the private sector and innovation. At a time when the world needs a new treatment for the coronavirus, his proposal offers the best way forward for drug consumers, innovation, investment, and the business environment in general.

As a 25-year advocate for entrepreneurs and small businesses, I’ve long been wary of government encroachment on free enterprise. The organization I run, the Small Business & Entrepreneurship Council, has lobbied against price controls on drugs and other products for the past 25 years, including the Elijah E. Cummings Lower Drug Costs Now Act, which passed the House late last year.

I have good reason for my opposition to the Wyden-Grassley legislation. Unfortunately, there are too many instances where government command-and-control “solutions” have gone horribly wrong, especially with price controls. The Wyden-Grassley proposal offers a massive expansion of government power. The bill would slap de facto price controls on drug manufacturers by forcing companies to pay Medicare back for price increases past the rate of inflation. That could drain the industry of a staggering $50 billion over the next decade if it becomes law, according to a Congressional Budget Office score.

We’ve already seen what government price-setting has done to research companies in Europe. Half a century ago, European labs invented the vast majority of medicines, according to a Milken Institute study. That is not the case currently. European governments have imposed ever-stricter price controls over the course of time, which has contributed to the decline of R&D in Europe. The U.S., by contrast, has largely maintained its market-based approach.

That very approach is why companies in America are leading the way on a COVID-19 treatment. Moderna, a small biotech based in Massachusetts, entered human trials for its COVID-19 vaccine only 10 weeks after the virus’s genetic code was sequenced, according to a Guardian report.

Thanks to the U.S.’s robust intellectual property protections for innovative therapies, as well as how highly valued they are in the marketplace, American scientists are able to attract significant private capital for the development of new medicines. As a result, two in three new medicines are developed in the U.S.

Unfortunately, the Wyden-Grassley blunt force approach would impact more than innovative cures and U.S. drug leadership. In 2017 alone, biopharmaceutical firms directly employed over 811,000 people and supported 3.2 million additional jobs, per a report from PhRMA and TEConomy Partners. The industry could potentially see large job losses as a result of the legislation. That’s the last thing these firms need when small businesses are suffering under the economic impacts of COVID-19, with many expected to go under and at rates that will surely shock us once the damage is totaled.

A little over half of pharmaceutical firms have fewer than 20 workers, and about four in five have fewer than 100, according to census data analyzed by the Small Business & Entrepreneurship Council. Drug innovation as we know it depends on small, entrepreneurial businesses that bring life-saving drugs to the market. They need certainty, and a policy ecosystem that encourages risk taking and investment.

These businesses would flounder if the Wyden-Grassley bill became law. The less money companies have to spend on research, the fewer people they can employ. Nearly half of drug firms say that reductions in research and development spending could lead to layoffs and facility closures, according to a survey of PhRMA members.

Fortunately, Crapo has proposed a strong alternative. The Lower Costs, More Cures Act would cap out-of-pocket spending for Medicare beneficiaries at $3,100 a year. The bill would also allow patients to pay their drug bills in monthly installments, rather than all at once. This approach would make a big difference to patients facing costly copays or other out-of-pocket liabilities.

Most importantly, unlike the Wyden-Grassley bill, Crapo’s proposal would not resort to statist price-setting. That’s good news for American business. Unsurprisingly, the U.S. Chamber of Commerce has strongly endorsed this bill.

High out-of-pocket drug costs are a serious problem. But mimicking Europe’s failed policies by resorting to price controls is not the answer.

Karen Kerrigan is president and CEO of the Small Business & Entrepreneurship Council.

—We need to protect whistleblowers as the coronavirus opens the door for bad actors
—Military experts: We should fight coronavirus like we fight insurgents on the battlefield
—The coronavirus pandemic may be a turning point for responsible business
—Coronavirus should inspire businesses to prepare their supply chains for the future
—Listen to Leadership Next, a Fortune podcast examining the evolving role of CEO
—WATCH: CEO of Canada’s biggest bank on the keys to leading through the coronavirus