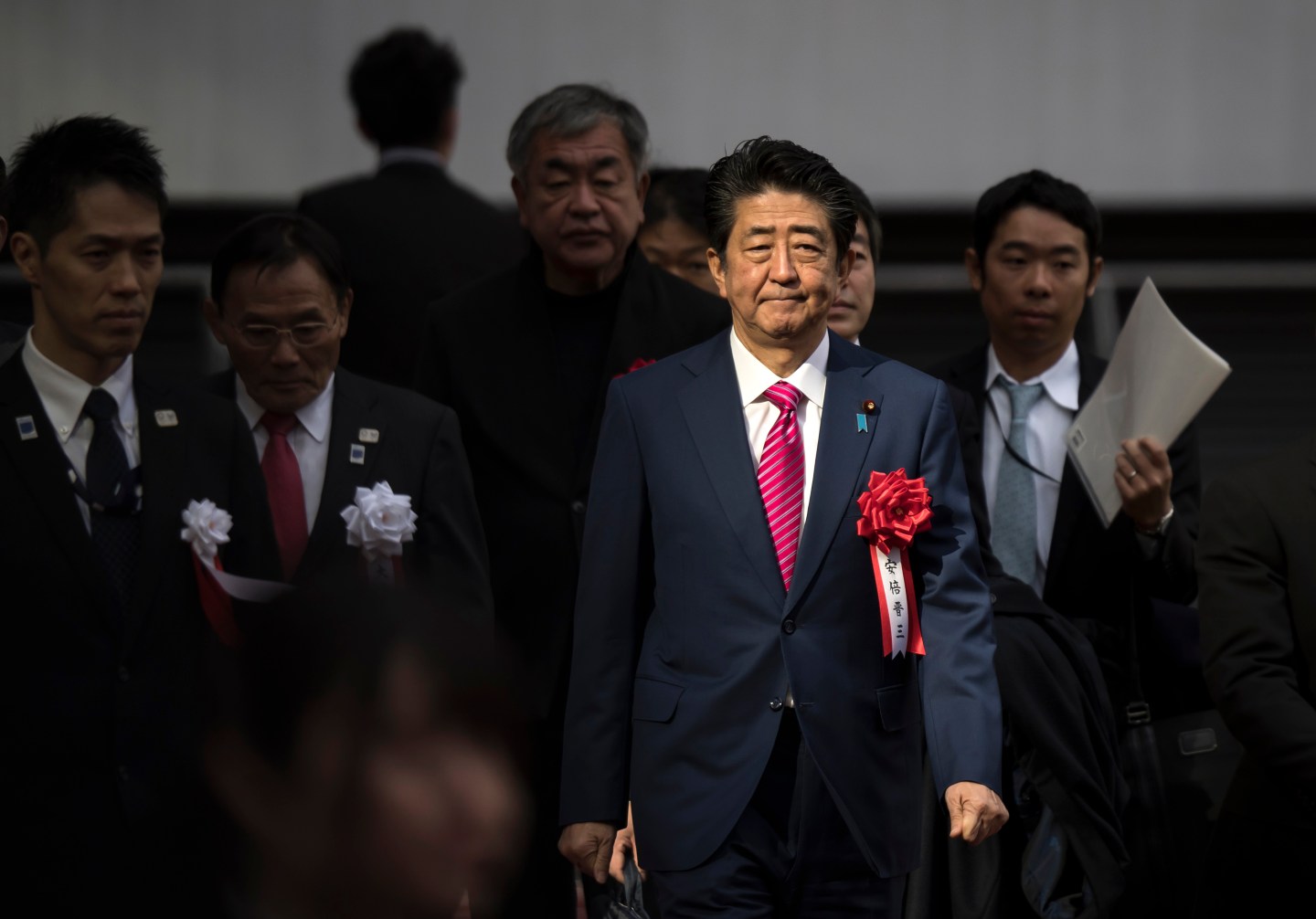 Subscribe to Outbreak, a daily roundup of stories on the coronavirus pandemic and its impact on global business. Get it delivered free to your inbox.

For months, Japan and the International Olympic Committee have remained resolute that the Tokyo 2020 Olympic and Paralympic Games will continue as scheduled—even as the world enters lockdown in the midst of the coronavirus pandemic. But on Monday, Japan’s Prime Minister Shinzo Abe for the first time accepted that the games might be postponed, as two Olympic powerhouses—Canada and Australia—said they were already preparing for the Games to be pushed beyond the July 24 start date.

“If it is difficult to hold the Games [in complete form], we have to decide to postpone them, giving top priority to [the health of the] athletes,” Abe said during a parliamentary session on Monday, adding that “cancellation is not an option.”

Abe’s concession is the latest signal given by the Japanese government that delaying the 2020 Olympic and Paralympic Games in Tokyo is under consideration. In early March, Japan’s Olympics minister Seiko Hashimoto told Parliament that the Olympic contract allowed for the games to be hosted anytime this year.

Hashimoto’s comments came two weeks after the Tokyo Olympic organizers said there was “no plan B” for the Games, and earlier on Monday, Tokyo Olympic organizing committee president Yoshiro Mori reasserted that the Games would not be canceled. Calls at home and abroad for a postponement, however, are growing.

Indeed, Abe’s admission came a day after Canada’s Olympic and Paralympic organizing committees announced they would not be sending athletes to the Tokyo 2020 games. In a joint statement, the organizing bodies called on the International Olympic Committee to “postpone the Games for one year.”

On Monday, the Australia organizing committee announced its intention to withdraw from Tokyo 2020 as well and told athletes to prepare for the Games to be rescheduled to 2021. Australian team chef de mission for Tokyo Ian Chesterman said, “[It’s] clear the games can’t be held in July.”

As the coronavirus outbreak has turned into a global pandemic, Olympic qualifying matches have been canceled or delayed, while national teams have attempted to maintain training regimens under isolation.

In February China’s women’s football team, for example, was put through a seven-day quarantine after arriving to play a qualifier that had been moved from its original host city, Wuhan. The group then had to play another “home” qualifier round in Sydney, because they were unable to host the match back in China.

Nic Coward, chairman for U.K. Athletics—the nation’s athletics governing body—called for the Olympics to be postponed, too, on Friday. Coward said that as training facilities enter shutdown and athletes, like everyone else, are being advised to stay indoors, training has become “compromised at best.”

Even the Olympic torch relay around Japan is being eyed for cancellation. The flame arrived back in Japan last week, drawing a crowd in the tens of thousands, prompting more health concerns. According to Mori, because of the outbreak, even Prime Minister Abe is reluctant to attend the relay’s opening ceremony, which is due to take place in Fukushima on Thursday.

The International Olympic Committee said Sunday that the council would make a decision within the next four weeks on whether the games should progress as scheduled. However, Tokyo Olympic Committee member Kaori Yamaguchi has already called for the Olympics to be put on hold, saying the games “should not be held in a situation people in the world can’t enjoy.”

—A financial crisis looms as corporate America presses for a coronavirus bailout
—Tax deadline moved to July 15 owing to the coronavirus
—Death rate in China’s coronavirus epicenter is lower than previously thought
—How working parents are navigating childcare during the coronavirus pandemic
—As oil slides on the coronavirus and a price war, the market seeks a new normal
—Funerals in the time of the coronavirus: How a pandemic is changing the industry
—Listen to Leadership Next, a Fortune podcast examining the evolving role of CEOs
—WATCH: World leaders and health experts on how to stop the spread of COVID-19

Subscribe to Outbreak, a daily roundup of stories on the coronavirus pandemic and its impact on global business. Get it delivered free to your inbox.