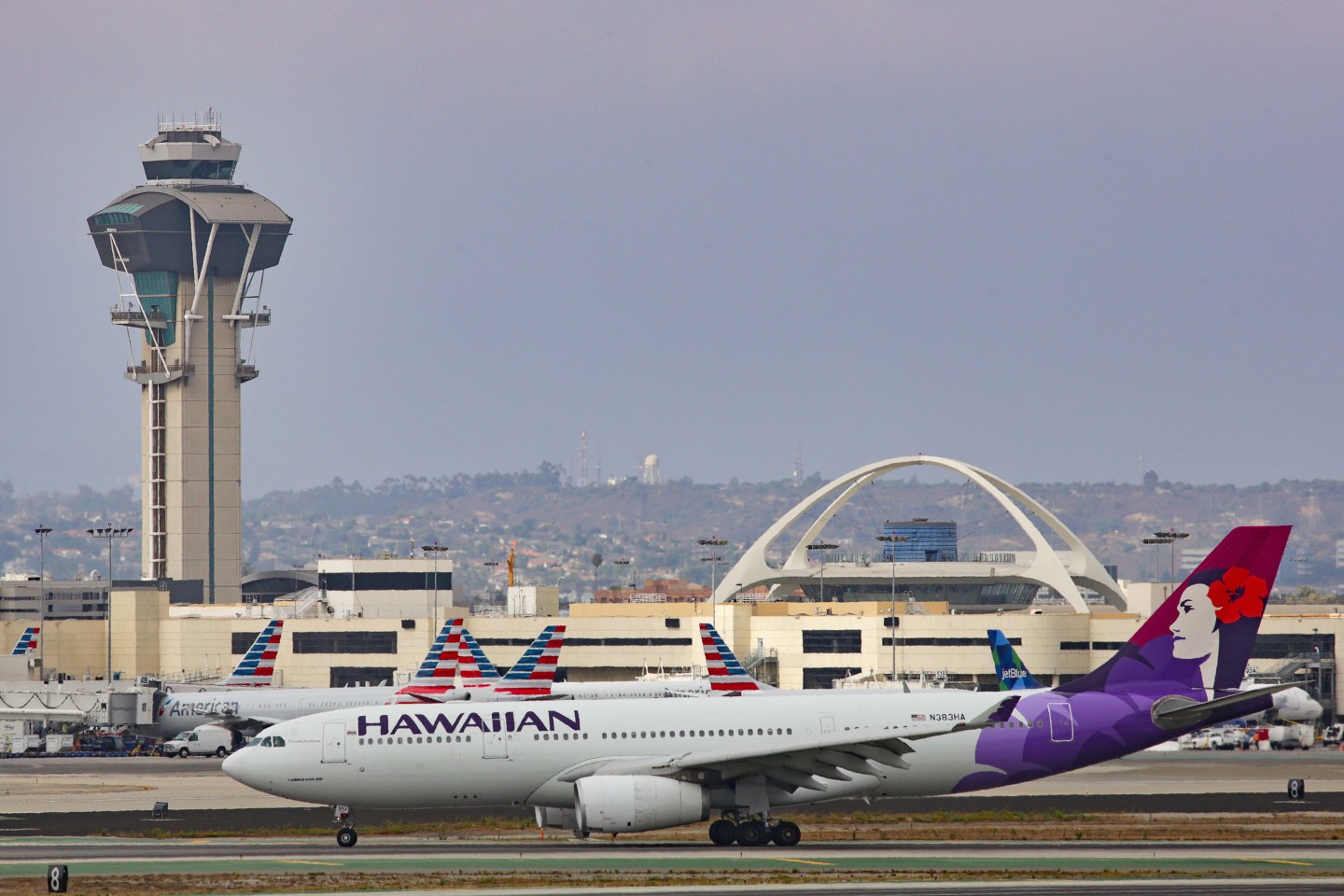 Airline travelers were a bit more likely to be delayed, and more often for longer spells, when flying around the U.S. last year, according to a government report issued Wednesday.

Canceled flights were up, and so were the number of passengers bumped off overcrowded flights.

But travelers apparently are learning to take it all in stride. The rate of complaints remained nearly unchanged from 2018.

The Transportation Department said that 79% of domestic flights last year arrived within 15 minutes of the airline’s schedule — the government’s definition of being on time. That was down from 79.2% in 2018.

Hawaiian Airlines took home the prize for being the nation’s most punctual airline for the 16th straight year. Blessed by good weather where it operates most of its flights, Hawaiian scored an 87.7% on-time mark, followed by Delta Air Lines at 83.5%.

After that, in order from best to worst, it was Alaska Airlines, Southwest, Spirit, Allegiant, American, United, JetBlue and discount carrier Frontier Airlines, last at 73.1%.

The Transportation Department said 302 domestic flights were stuck on the ground for three hours or longer, a 50% increase over 2018. Airlines reported another 26 international flights that were delayed on the ground by at least four hours, an improvement from 61 in 2018. Airlines can be fined for such long tarmac delays.

Cancellations rose to 1.9%, up from 1.7% in 2018. Hawaiian had the lowest cancellation rate, while the highest rates belonged to American, Southwest and United. Those three big airlines are the only U.S. carriers that own Boeing 737 Max jets, and they were forced to scrub thousands of flights after the planes were grounded worldwide in March 2019 following two deadly crashes overseas.

Airlines have reduced the number of people bumped off oversold flights in recent years, usually by offering travel vouchers to passengers who willingly give up their seats. The number of bumped passenger nearly doubled last year, however, to almost 21,000. Bumping was still rare — only one in every 41,000 passengers was forced off a flight.

Complaints filed with the government remained rare and about the same as in 2018. Consumer advocates say many aggrieved travelers don’t bother filing a formal complaint with the Transportation Department. Southwest had the lowest complaint rate. Spirit Airlines had the highest, followed by Frontier, American, Allegiant and United.

—2020’s 100 Best Companies to Work For
—How psychedelic drugs may revolutionize mental health care
—Microsoft CEO Satya Nadella on how the tech industry can win back public trust
—America’s heading for a tax on the middle class
—WATCH: Why CEOs are pessimistic about 2020 business outlook