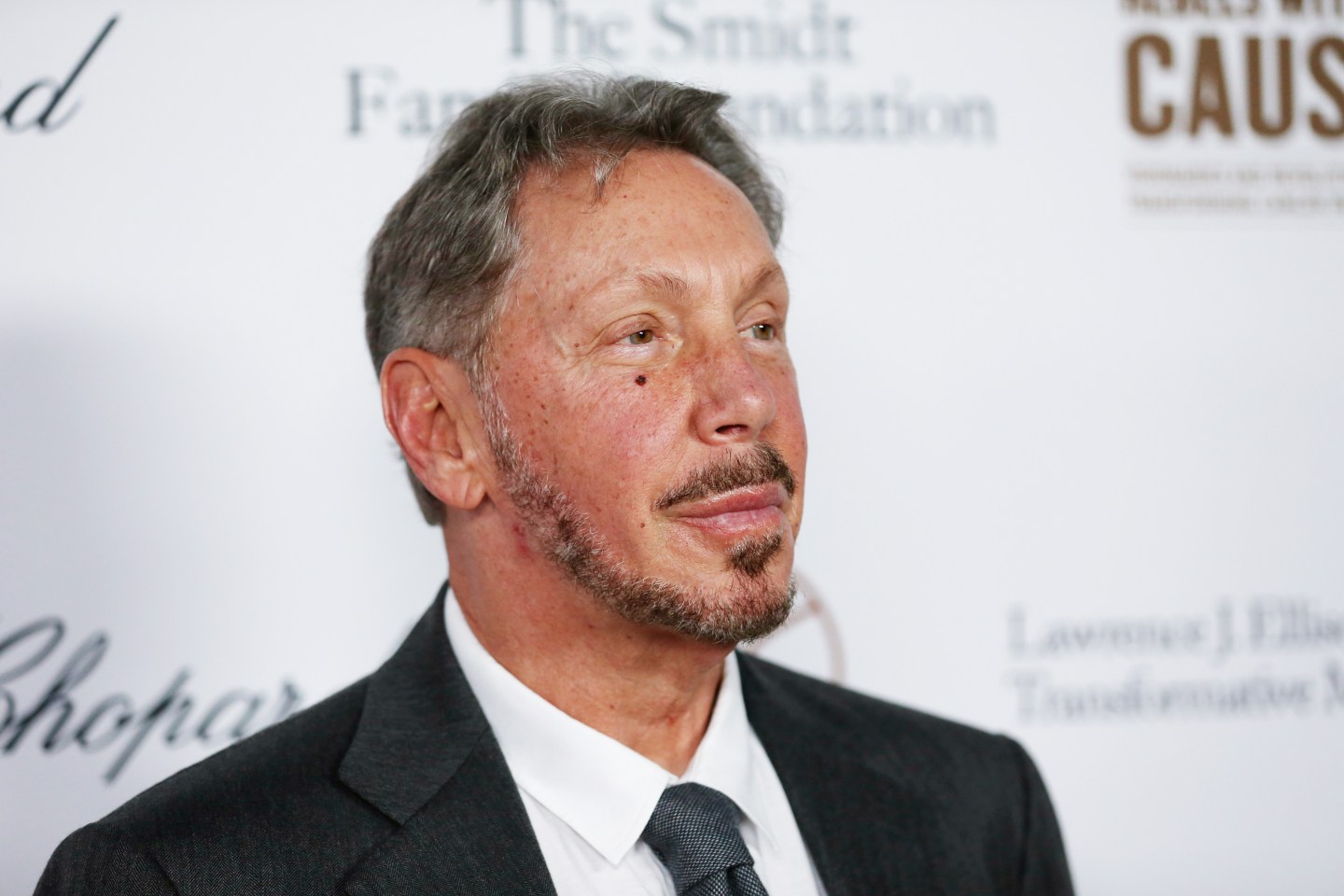 While a wave of employee activism marked by walk-outs and protests has rippled through Silicon Valley the past few years, Oracle glided along unscathed.

Now, a symbol of tech’s old guard is facing the stirrings of a worker uprising as well. People left their desks Thursday at Oracle offices around the world to protest Chairman Larry Ellison’s fundraiser a day earlier for President Donald Trump, according to people familiar with the matter. The protest, called No Ethics/No Work, involved about 300 employees walking out of their offices or stopping work at remote locations at noon local time and devoting the rest of the day to volunteering or civic engagement, said one of the people, who asked not to be identified for fear of retribution.

Ellison drew employee ire that most didn’t know existed at Oracle. News of the fundraiser for Trump’s re-election campaign at Ellison’s home in Rancho Mirage, California, spurred a petition at Change.org from some of the company’s 136,000 employees. The workers argued the chairman’s public support for Trump violated Oracle’s diversity, inclusion and ethics policies, and harmed the image of the world’s second-largest software maker.

The petition had more than 8,000 signatures as of Thursday afternoon, though it was open to the public and anyone could sign it. Organizers demanded that Oracle and Ellison give money to support a humanitarian cause such as climate change, denounce the Trump administration and commit to diversifying the company’s board.

Employees at Alphabet Inc.’s Google, Amazon.com Inc., Microsoft Corp. and Salesforce.com Inc. started mobilizing more than two years ago over a variety of issues, including law enforcement and military contracts, the gender pay gap and the treatment of contract workers.

Thursday’s activism at Oracle, a database stalwart founded in 1977, showed cultural differences from the younger companies like Google. Some Oracle workers who participated in the “log off” used vacation time for the protest, the people said. Many had asked the company’s human resources officials whether they would be targeted for participating and didn’t receive a response before the protest, so they took the precaution of participating on their own time, the people said.

Others who supported the action, but were leery about the company’s potential response, chose to donate money to charitable groups that oppose Trump administration policies rather than leave work, the people said.

Oracle, however, said the message was an error that was corrected.

“The site was not intentionally blocked by Oracle,” said spokeswoman Deborah Hellinger. “It was temporarily blocked by a ‘false positive’ from our McAfee network security and anti-virus software. Once we were notified by employees of this issue, our security team conducted a review, determined that there was no actual security threat, and then whitelisted the site.”

Organizers said the protest participation at Oracle’s headquarters in Redwood City, California, seemed more muted than in other locations, such as New York City and Austin, Texas, which have more young workers.

The organizers hope Thursday’s action is the first effort to voice concerns about the company’s policies, and employees will continue to feel motivated to speak out, one of the people said.