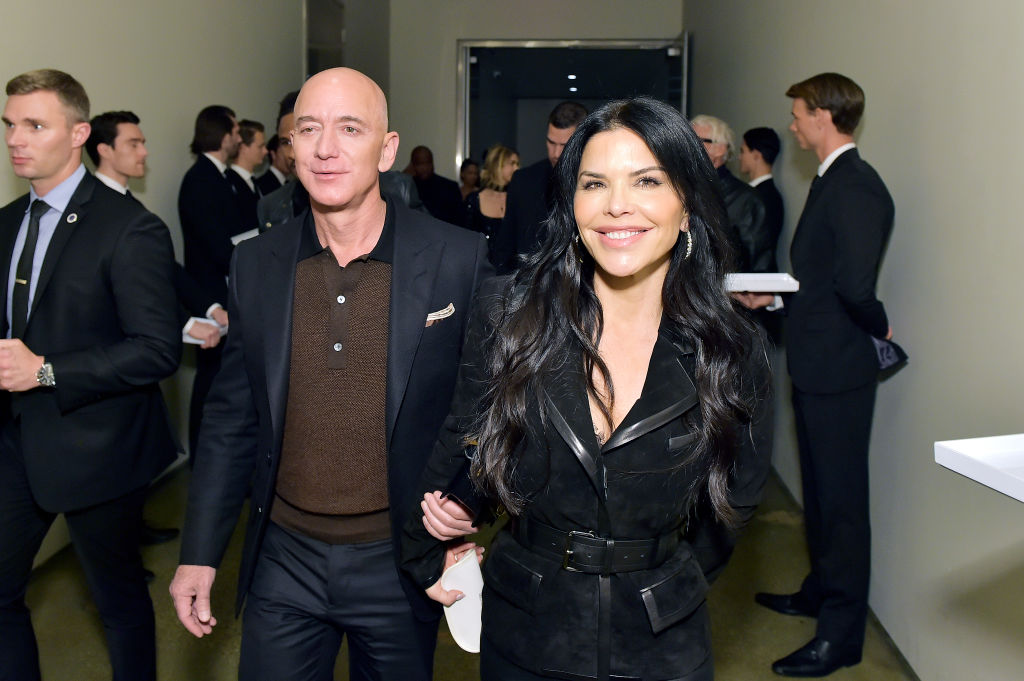 Jeff Bezos is on a shopping spree befitting the world’s richest man.

The Amazon.com Inc. founder agreed to pay $165 million for a Beverly Hills mansion on nine acres, according to a person with knowledge of the matter, setting a record for a Los Angeles-area home.

The property designed for Hollywood film titan Jack Warner in the 1930s was described by Architectural Digest in 1992 as the “archetypal studio mogul’s estate,” built in Georgian style with expansive terraces and its own nine-hole golf course.

It’s emerging just days after regulatory filings showed Bezos cashed out $4.1 billion of Amazon shares and comes amid reports that he’s also entered the art market. Reportedly, he set a record for artist Ed Ruscha at a Christie’s auction with a $52.5 million purchase of “Hurting the Word Radio #2” in November and also bought “Vignette 19” by Kerry James Marshall for $18.5 million.

The purchase of the Warner estate, described by the person on condition they not be named, was reported earlier Wednesday by the Wall Street Journal. The property has belonged to David Geffen since 1990, when he paid $47.5 million. Bezos was seen socializing on the entertainment mogul’s mega-yacht last summer, visible in an Instagram post with girlfriend Lauren Sanchez and Goldman Sachs Group Inc.’s former chief, Lloyd Blankfein.

It’s something of a style makeover for Bezos, 56, whose once-low-key personal life has been a source of frequent headlines since he and MacKenzie Bezos divorced in 2019. He’s been walking red carpets with Sanchez and has even been drawn into geopolitical controversies over allegations that the crown prince of Saudi Arabia was involved in hacking his phone.

Bezos had been shopping for an estate for months, according to agents who were contacted during the search. In a January interview, realtor Josh Flagg said he’d get a call “at least once a month from different agents asking if I have something.”

The purchase adds to a string of mega-deals for high-end residential properties since the start of 2019. Citadel founder Ken Griffin plunked down record $238 million for a New York penthouse at 220 Central Park South. Lachlan Murdoch, the son of media mogul Rupert Murdoch, paid a then-California record of about $150 million for a Bel-Air estate that had been featured about a half century ago on “The Beverly Hillbillies” TV show. Hedge fund billionaire Steven Schonfeld and his wife Brooke closed on a mega-mansion in Palm Beach, Florida, for $111 million.

Bezos’s real-estate empire already features homes on both U.S. coasts, such as a Washington, D.C., mansion where he recently hosted a party for capital elite including Jared Kushner and Ivanka Trump. He also owns 170,000 hectares (420,000 acres) of desert scrub in Texas.

Regardless, he can afford it. Even after his marital split, he’s worth $131.9 billion, according to the Bloomberg Billionaires Index.